What they tried to hide from Mandela

So ashamed are Ken and the GLA of our government's war record and its slaughter of thousands of innocents, including children, they tried to hide Brian Haw's anti-war display from view. 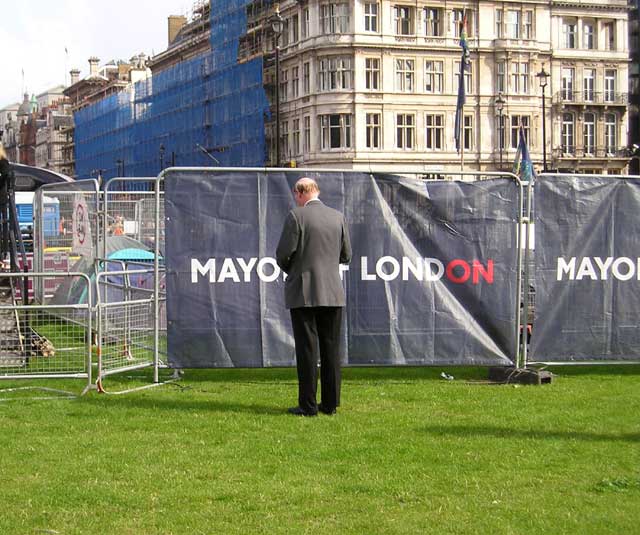 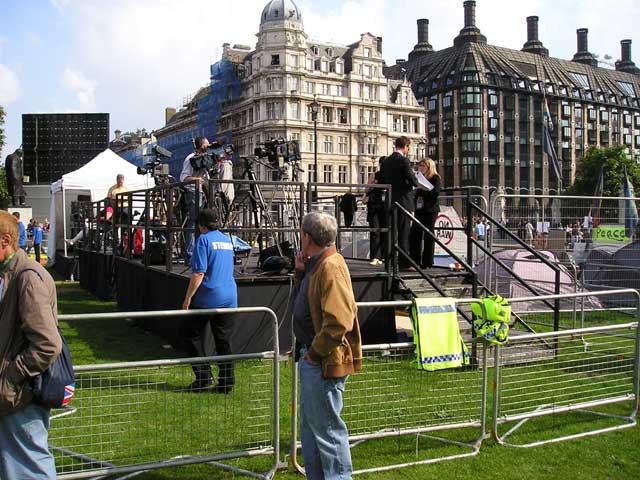 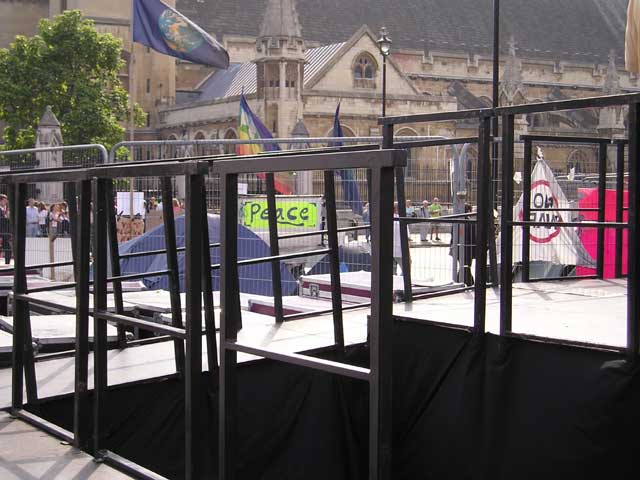 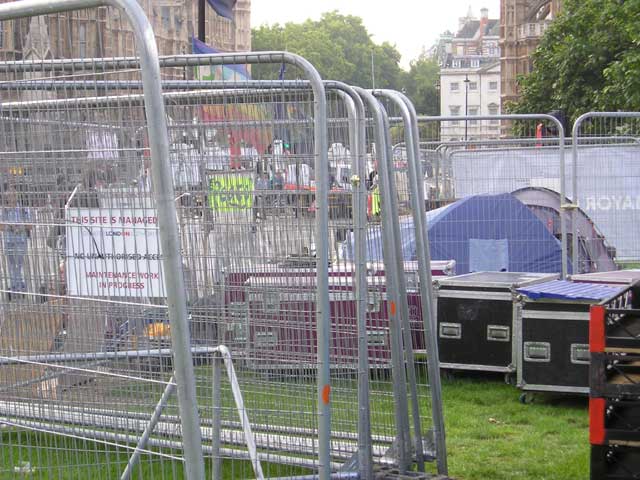 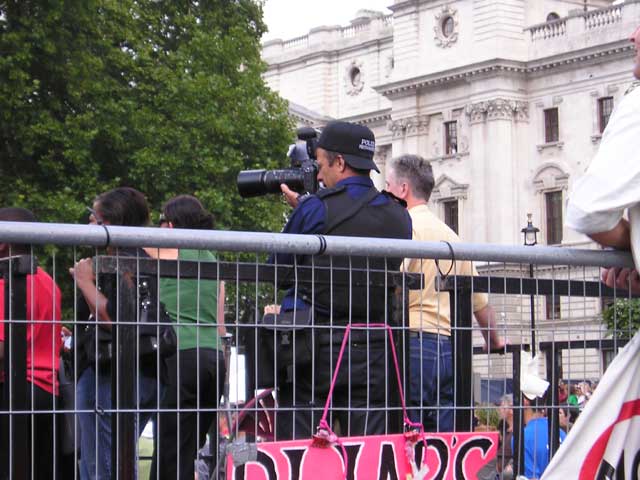 A FIT phographer decided to get in on the act by targeting the audience.

Not content with cramming the tents of Brian's supporters into a tiny area they then proceeded to hedge his pitch around with a large banner, a media stand, and an assortment of barriers, etc., to prevent Mandela from seeing it. This was followed up by the police hassling Brian and some of his supporters while Mandela was giving his message of freedom. So, you may well ask, why is Brian still free to even have a pitch? The answer is simple, Members of Parliament, in trying to get rid of him with some ridiculous knee jerk legislation, fell foul of their very own laws. Instead they ended up limiting the freedom of expression of just about everyone else except Brian and his supporters. You can learn more about it here:

Mandela is now an icon and everyone respects him. Back in the 1980s when he was in prison and City of London Anti-Apartheid Group were camped outside the South African Embassy, we were treated much the same way as Brian is.