Camberwell Squatted Centre was unexpectedly evicted this morning by the police and high court bailiffs. The building had been occupied since March 2007 and was planning a busy weekend of events including a soca night, a bike wheel making workshop and a vegan cake day. 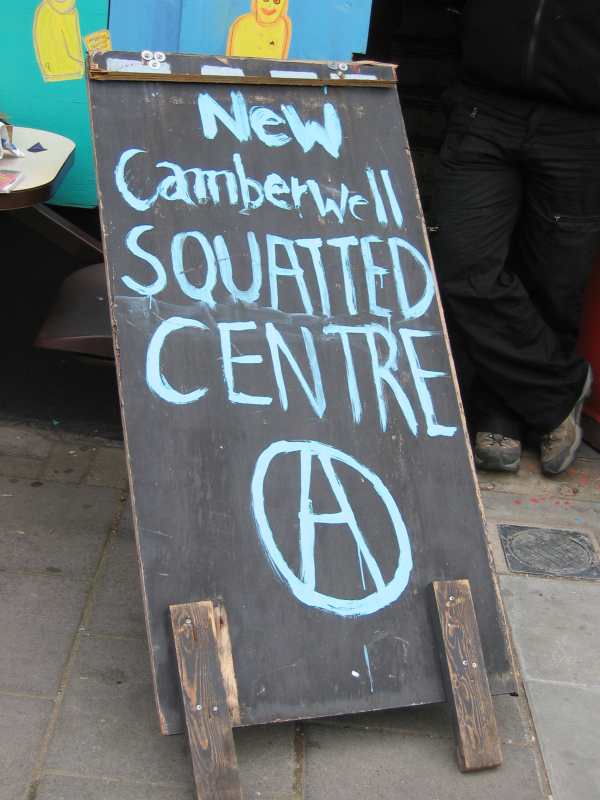 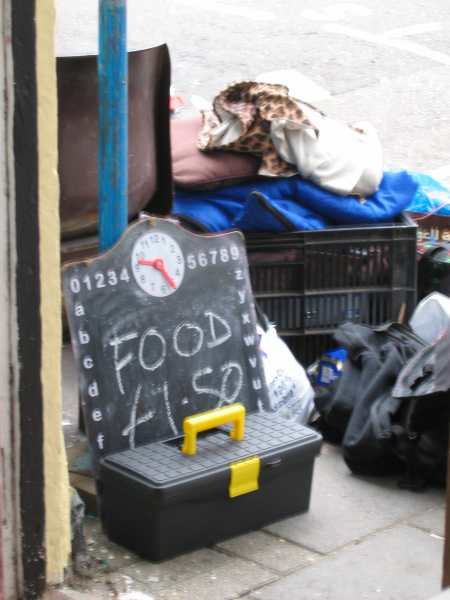 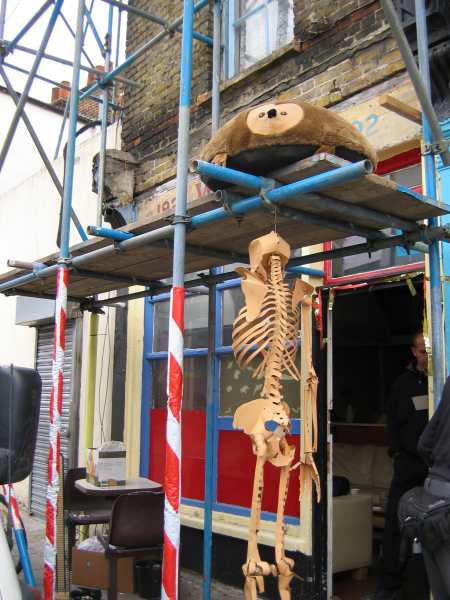 Just to let you know that the Camberwell Squatted Centre was evicted
unexpectedly this morning by a van load of High Court bailiffs and 2 van
loads of police, who climbed in to the building at 4.30am and surprised
the occupants. Helped by the Southwark Council scaffolding which gave them
a leg up into the place.

They gave us a few hours to move our stuff out, which we did, calmly.
refusing to be hassled, sitting down now and again to have a rest and a
coffee under the itchy eyes of the bailiffs. We took out all the residents
stuff plus most of the gear we had put into the place to make it wrokable
and liveable - the plumbing, the locks, cookers, plates, pans, stereo etc.
Some stuff we had to leave but very little.

Although we were caught on the hop, we manged to respond practivcally and
calmly, not breaking down or losing it... Despite our attachment to the
building, our investment of hard work and emotion, the feelings that have
grown up through the events we have put on and the collective experience
we have had keeping the Squat Centre going.

Immediately we are calling a meeting for Friday 31st August at 8pm, at 56a
Info Shop, 56 Crampton St, London SE17, to discuss our next move: how we
respond to the eviction, rehousing of residents, and the possibilities for
our next move, as a group, a new building?.... We would welcome anyone who
has been involved or attended events to come down and help us plan what
happens now. It was your space as well!

Some of the events that have been planned for the next few weeks at the
Squat may well happen elsewhere, but this will be decided at the meeting.

The most important thing to keep in mind here is - this is not the end.
One building may have been taken back by the profiteering scum who live
off our backs... But the ideas, projects, plans, collective ways of
working together for ourselves, continue, whether it is in a new building,
or in other ways... The inspiration we have had from meeting so many
people, from Camberwell and beyond, will carry on and bear fruit in
unexpected places.

BLACK FROG - YOU CAN'T TOUCH US!

Thanks to who ever did this... 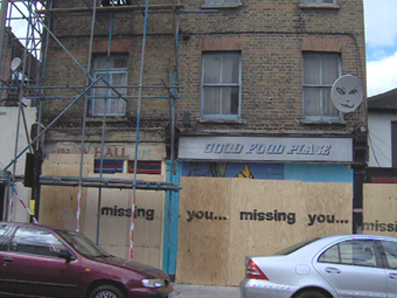 What some local people feel about us 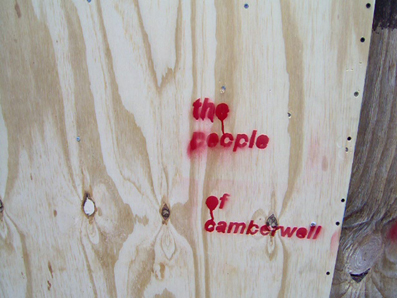 The authors of the statement

Some people added a really beautiful statement to the former Camberwell Squatted Centre..

It really made our evening.

Thanks whoever you are

Nice photos page of opening, running and enjoying the place

There are a load of pictures from week one to our last few weeks here:

If anything I'd say we were an older and more local crowd than average, or what I'd expect average to be like. Saying that - I met someone from Ramparts today and they were not what I'd expect them to be like either. We should be smelly crusties (not that there is anything wrong with being a crusty) but we appear not to be. We should be counter-cultural, lifestylist and closed - but we weren't. We did vegan food but that was about it.

A lot of us had been around - I had a history in the Trotskyist movement until several years ago. I've never squatted and live in a local estate. I was drawn to the centre in the same way I was drawn to Crystal Palace a few years ago - it was new and exciting! I'd never done anything like that before and now miss it terribly.

The DWP keep wanting to put me on courses to increase my self confidence. I gained more from being on the collective than any amount of state funded quackery. Squatted centres on the NHS? I'd recommend it to anyone..

I have a hole in my life where the centre was.