On Tuesday morning a small group of striking RMT members held a picket of the Metronet headquarters in Holborn. By 9am things had become so surreal that to be honest most of those present were pinching themselves to check they were not dreaming…


Its a funny old world. 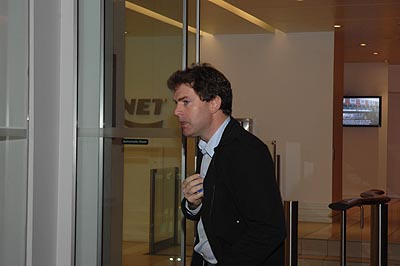 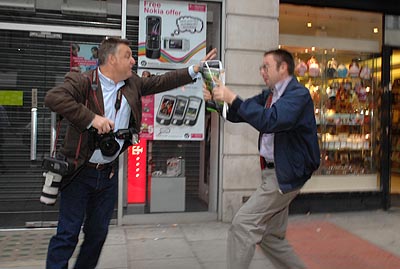 Then another Metronet nutter attacks... 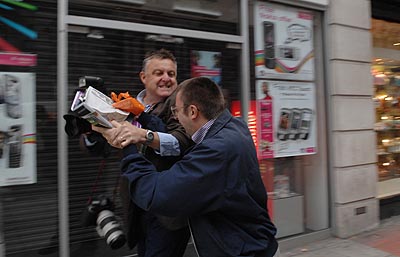 an Evening Standard photographer for absolutely no reason. 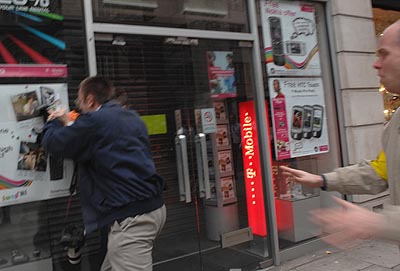 Luckily the RMT are on hand... 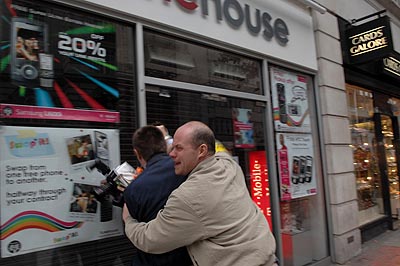 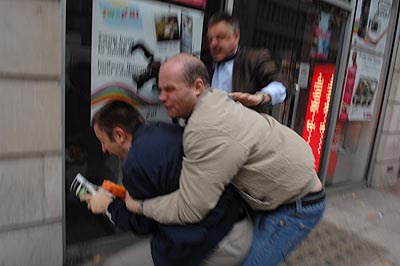 ...and restrain the unhinged assailant. 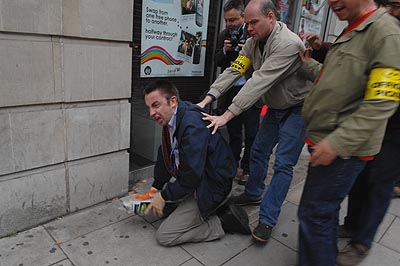 Who is clearly several sandwiches short of a picnic. 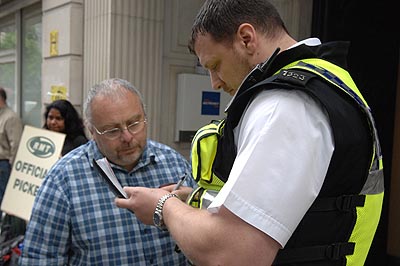 Then the cops show up and start taking statements... 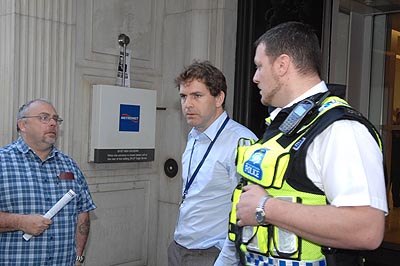 ...prior to grabbing Percival and leading him outside... 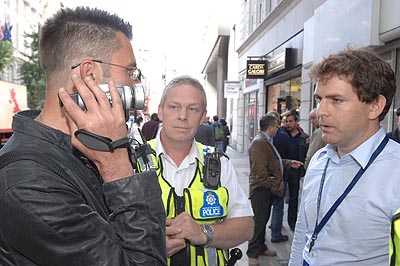 ...to make a humiliating apology to his victim. 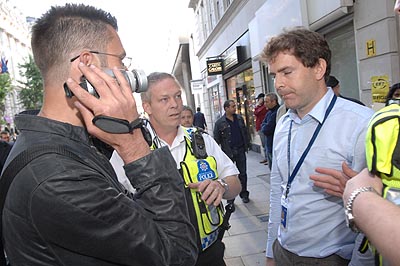 He is visibly relieved when the cameraman decides not to press charges. 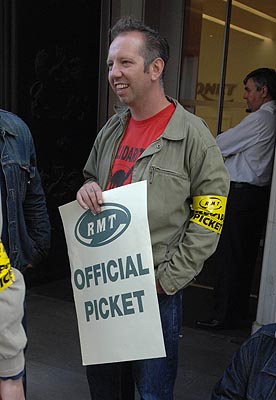 Meanwhile our RMT reps do their best not to look too smug.

Things started getting weird at around 7.20am when posh-boy project manager Peter Percival marched in to work passed the strikers and then attacked and independent cameraman from behind. He then came storming back out of the building to scream some more abuse at the bewildered press and picketers.

No sooner had those present recovered from this surprising turn of events when another individual came storming out of the building and attacked the same cameraman and then piled into a photographer from the Evening Standard (ES). Bizzarely the ES is the fiercest critic of the RMT and regularly dishes out an endless flow of hostile coverage to the union and its industrial action. So the sight of a tube boss attacking an ES employee was kind of unexpected.

Fortunately for the ES snapper, RMT stewards were quickly deployed to rescue him from an unprovoked assault by restraining his attacker. Despite this entire event being recorded and sent into the ES long before their deadline we have not yet seen the expected headline:

“Heroic RMT strikers save our boy from management thug.”

Shortly afterwards the Police showed up and started taking statements from all concerned. They then entered the Metronet HQ and led out Mr Percival who looked decidedly uncomfortable about the prospect of being arrested. He was then made to explain himself (in front of the RMT strikers) and make a groveling apology to avoid being done for assault.

The Police only decided not to take further action after the cameraman decided to accept Percival’s apology. The ironic thing is that Percival was not even being filmed when he lashed out. His actions are also thoroughly hypocritical when you consider that Metronet have been trying to intimidate union reps by filming them at work. You also have to wonder how the Police or Metronet management would have reacted if the violence had been the other way round?

You can see/enjoy Percival’s apology and unbelievable arrogance here: