There was a demonstration outside the Bangladesh high commision in London today to protest against the manner in which student protests are being crushed in that country and also against the arrest and torture of academics on bogus charges of incitement. The protests occuring in Bangladesh against the 7 month old non-party caretaker government are as a result of the inhumane uprooting of roadside traders, markets and slums, the continually rising price of essentials and the privatisation of many industries at the dicate of the egregious IMF and World Bank. 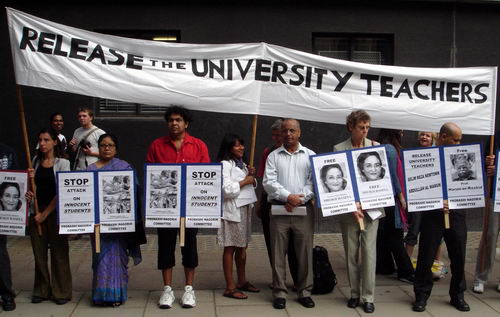 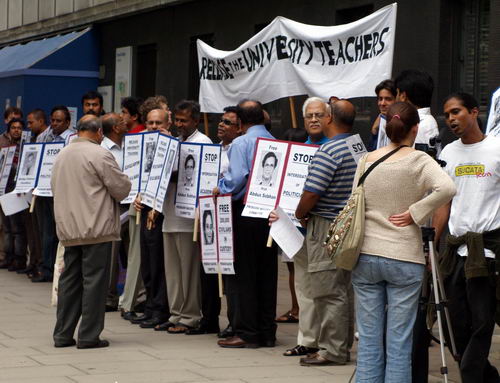 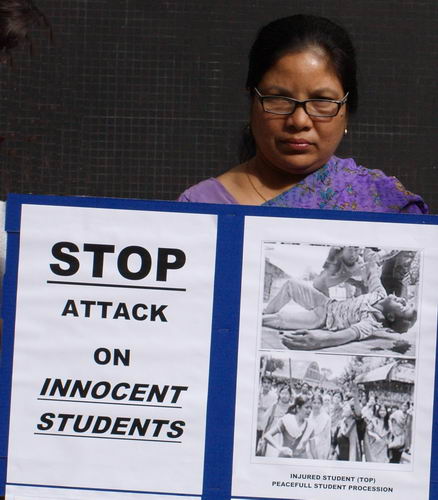 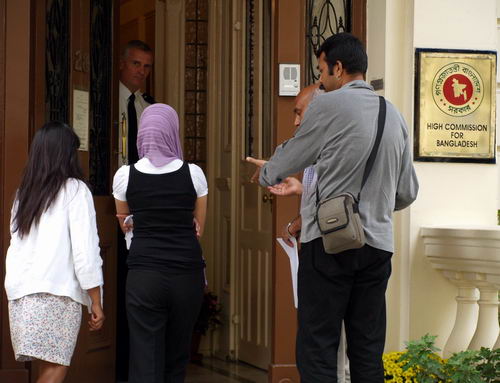 Entering the high commission to state demands to government. 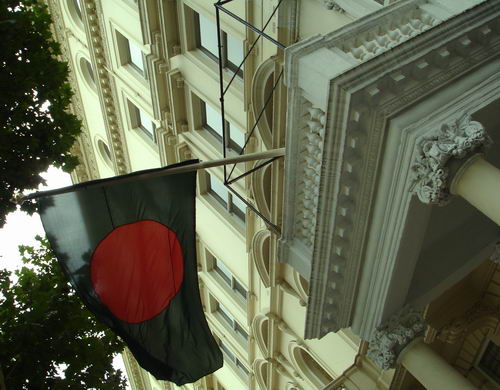 This shot earned me a section 44 search. 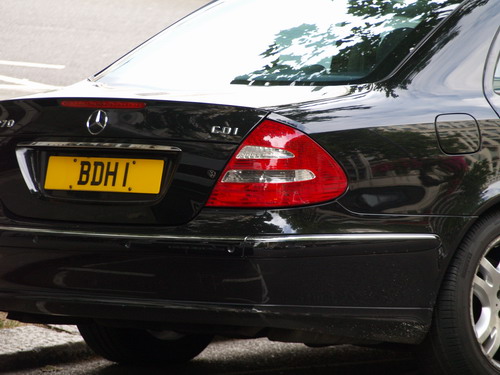 What's the cost of those custom plates?

Some background to what's been going on recently in Bangladesh here:

http://www.indymedia.org.uk/en/2007/09/380336.html
To learn how the country was established from the former East Pakistan following a particularly bloody 9 months of civil war in 1971:

Four bangladeshis - 2 of whom have relatives presently under arrest - were allowed into the high commission to state their demands to the care-taker government:

1) Establish the due process of law in the context of an independent judiciary.

2) Immediately free the teachers of Dhaka and Rajshahi University, students, political leaders and workers who have been unfairly or unnecessarily incarcerated.

3) Take vigorous measures to hold the General election by January 2008 and ensure that the election is fair and free and immediately restore democratic rule in the country.

4) Investigate and clamp down on all allegations of torture by law enforcing agencies, including the police, RAB and the military.

5) Ensure that the human and civil rights of all Bangladeshi citizens are protected at all times.

6) Take immediate steps to control the rise in prices of essential commodities and ENSURE THAT THE ECONOMY OF THE COUNTRY IS NOT MADE SUBSERVIANT TO THE IMF/WORLD BANK AGENDA. (my emphasis)

7) Free all detained persons against whom no charges have been framed as yet.

10) Release all 280,000 detainees, in various jails throughout the country.


When I arrived outside the high commission I started taking simple shots of the brass plaque and the red on green flag hanging from the front of the building. The few cops present viewed this as "suspicious behaviour" and so searched my bag and camera gear under section 44, allegedly searching for terrorist articles. Surely these cluless cops should know by now that taking these general establishing shots is totally normal practice for any photographer covering almost any news even? This is now my fifth section 44 receipt. Am I eleigible for a prize yet?

Also how is it that even countries with millions of their population living in serious poverty think nothing at all of squandering thousands on custom number plates for their vain ambassadors' cars? Can't help thinking that sort of money could raise the living standards of dozens of people.