PETITION IN SUPPORT OF LEONARD PELTIER:

Please sign this! He's been in for thirty years now! 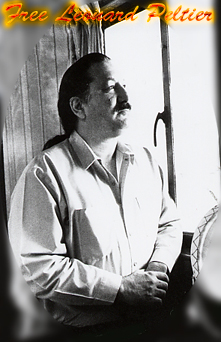 We hereby urge U.S. President George W. Bush to look into the case of Leonard Peltier. There is sufficient evidence that this Anishinabe-Lakota human rights activist is innocent. In court, the prosecuting attorney admitted that the U.S. government nor the FBI have any idea who killed FBI agents Coler and Williams. The Eighth Circuit Court of Appeals decided that the FBI had coerced witnesses, had committed perjury, fabricated false evidence, and withheld crucial evidence proving Leonard Peltier's innocence. We also urge the U.S. Senate Judiciary Committee to start hearings into the misconduct of the FBI in this particular case. After all, over fifty Congress members have already asked to grant Peltier executive clemency. Furthermore, the Belgian and European Parliaments have each adopted two resolutions with these same demands.