Nuclear No Answer To Climate Change 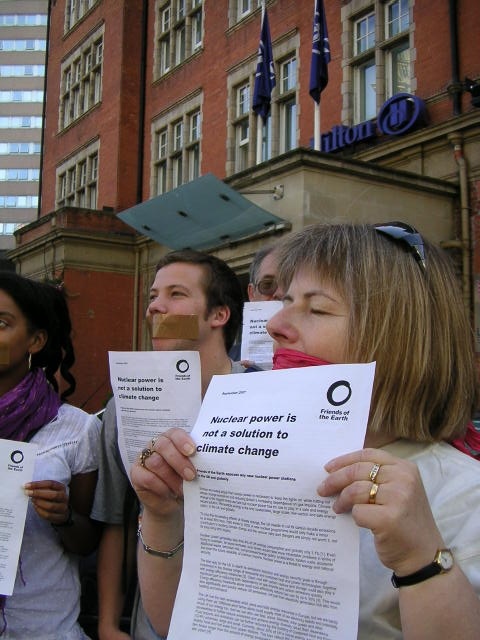 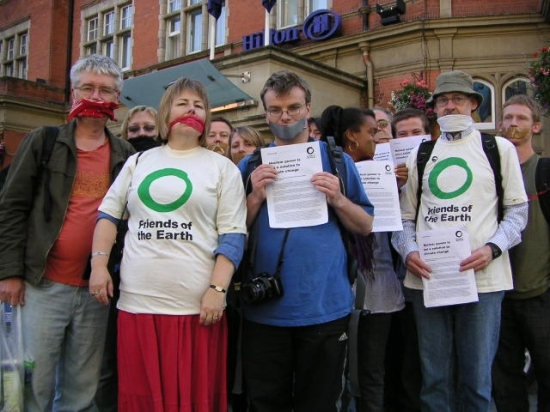 "This is not a genuine consultation about nuclear power. It is deeply flawed and it is clear that the Government has essentially made up its mind. We are perfectly happy to debate the issue of nuclear power, but we are not prepared to take part in this latest Government farce.

"Nuclear power is not a solution to climate change. A new programme would only generate around four per cent of the UK's energy consumption. It is expensive and dangerous, and will leave a highly toxic legacy for many generations to come. There are lots of non-nuclear alternatives that would combat climate change, maintain energy security and keep the lights on. The Government should invest in these solutions and make Britain a world leader in developing a safe and sustainable low-carbon economy."

Friends of the Earth have withdrawn from the consultation for a number of reasons. These include:

A lack of clear non nuclear options which would have facilitated informed public debate;

A failure to provide adequate information about the wider dangers of nuclear power, such as terrorism and proliferation;

The `consultation' is being rushed through in five months over the summer period, and the NGO stakeholder group participation process has been rushed). The Sustainable Development Commission recommended nine months;

The Government appears to have already made up its mind to push ahead with a new nuclear programme.

Friends of the Earth's nuclear briefing

After all Nuclear is so safe! Nuclear so safe that locals flee And the local area is unsafe Thanks for the protest everybody and for shedding some light on the governemnets attempts to railroad us into nuclear just to protect economic growth.

Nuclear Power No Thanks

Many of these responses were informed by Paul Mobbs presentation at the The "Wakey Wakey!" Tour event at Sumac Centre on 22nd May 2007
See

* Government proposals do not address the carbon debt involved with building nuclear power stations. The construction industry and in particular the production of concrete has a major impact on carbon emissions.

* There can be no 'energy security' from power stations that depend on fuel source, uranium, that is not produced in the UK and which, from all sources, is likely to run out in the forseeable future.

* When taking into account the legacy that nuclear power leaves for future generations it cannot be economic. What would be the cost over the millenia if the Romans had had nuclear power?

The huge cost of building, running and cleaning up after nuclear power stations should more economically, safely and democratically be invested in local micro-generation, ruducing the losses of power transmission, and in promoting the benefits of a less consumer orientated life style and society.

* When the uranium runs out, or the power stations reach the end of their productive life, when oil has peaked and is in decline, where will the energy be found to keep safe and secure the ever growing legecy of nuclear waste?

* We are facing possible runaway climate change because of the expansionist policies and practical unsustanabilities of economic growth. We have only one Earth. We have already outgrown it. We cannot endlessly grow our economies, and those of 'emerging' countries. We must set an example by promoting the satisfaction on living within our means, whilst devoloping policies to reverse economic growth.

* Nuclear fuel is a limited resource. We do not control it's supply. As it, and other fuels, run out we cannot guarantee that those countries that have uranium will be forever willing to share it, at any cost. With which countries will be be willing to go to war over nuclear fuel, as we have, and continue to do, for the declining supply of oil?

* There are more simple and more preductive ways of reducing our impact on the climate.

For example the United Nations Food and Agricultural Organisation report that the livestock sector has a major impact, 18%, on emmisions leading to climate change. Reliance on livestock is neither neccessary nor beneficial to human health or that of the environment. It's demands for land, water and basic food inputs prevents the use of agricultural skills and resources for horticultural techniques, including woodland management, for food and resources, that could reverse climate change.

Derby & Nottingham anti-nuclear protests, May 2007. Reports and more links at


Nuclear Power No Thanks stickers from :