Over 150 CAAT supporters marched in East London from Plaistow to Custom House on Tuesday 11 Sept 2007 against the DSEi arms fair at the ExCeL Centre on Royal Victoria Dock, where they met with others including Critical Mass for a rally. Images are copyright, but free licences available for suitable non-commercial use. 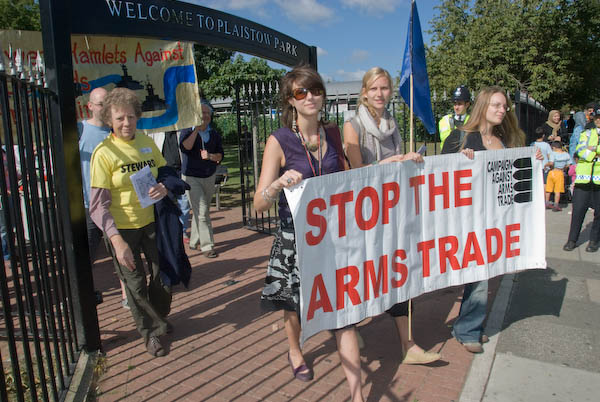 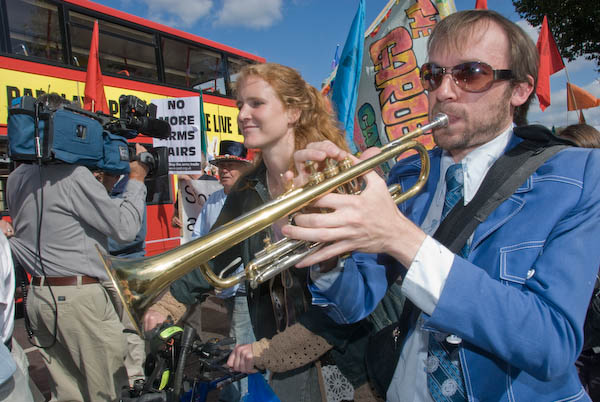 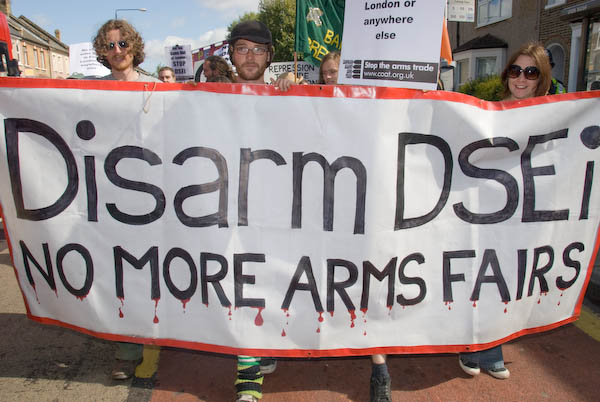 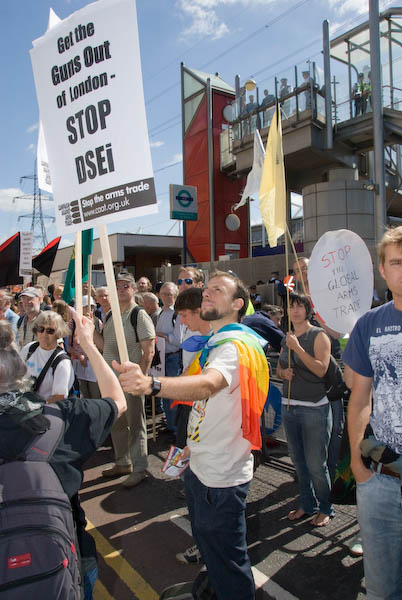 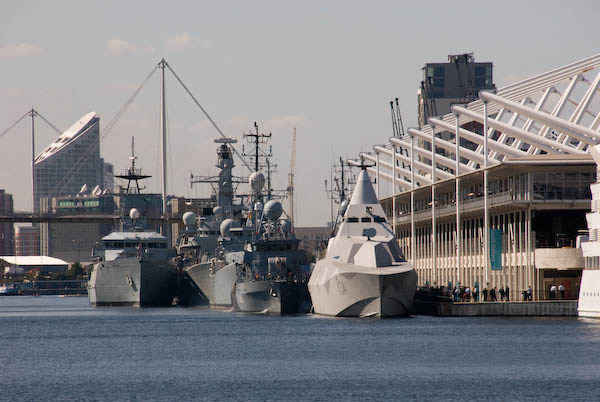 I stopped taking pictures for a couple of minutes halfway along the march to make an actual count, and there were just a few over 150 people who made their way the 2 miles or so from Plaistow Park to Custom House. Along the route many local people stopped to watch and applaud the demonstration, although one or two expressed support for the arms dealers.

At Custom House, we were joined as expected by other demonstrators, and a little later by Critical Mass, bringing the total numbers to around 250.

Speakers included Len Aldis and Bill Perry from the local area who have been demonstrating against the arms fair since the first one in 2001, along with local councillor Alan Craig. Other speakers were the Green Party's Sian Berry and Ian Prichard from CAAT. Mark Thomas gave a powerful performance that hit out at many of the underlying half-truths and deceptions behind the event and trade.

Afterwards, while waiting for the Space Hijackers tank to arrive somewhere, I tried unsuccesfully to get into the arms fair, then took a walk around the outside of the dock to photograph the fair from the outside, particularly the rather ugly Swedish stealth corvette Nykoping moored there.

More pictures from the event on 'My London Diary',

http://mylondondiary.co.uk shortly. Images are copyright, but free licences available for suitable non-commercial use.

More Images now on line at my website - address below