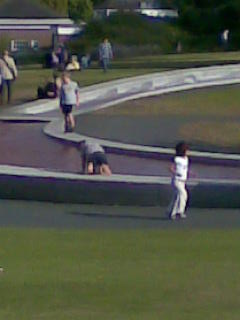 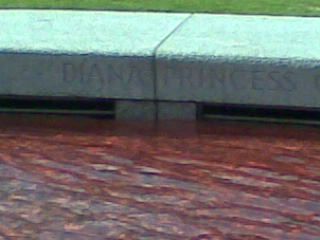 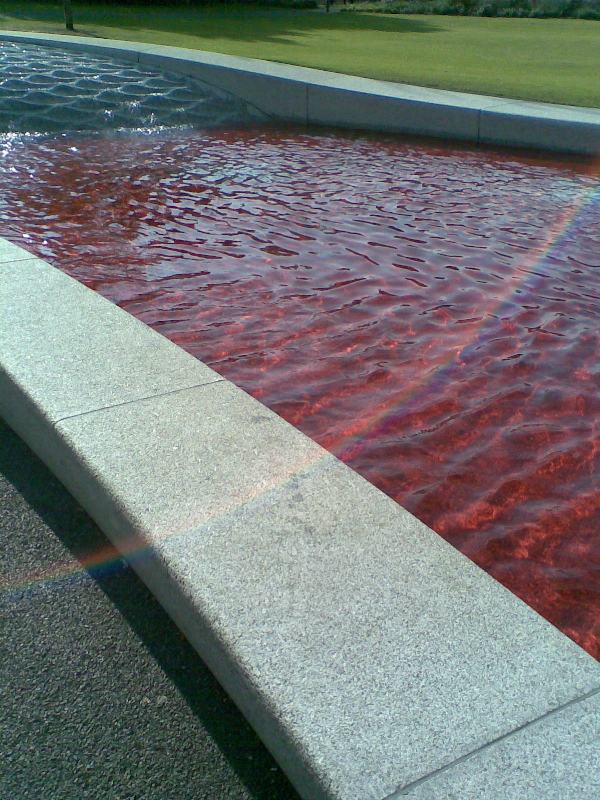 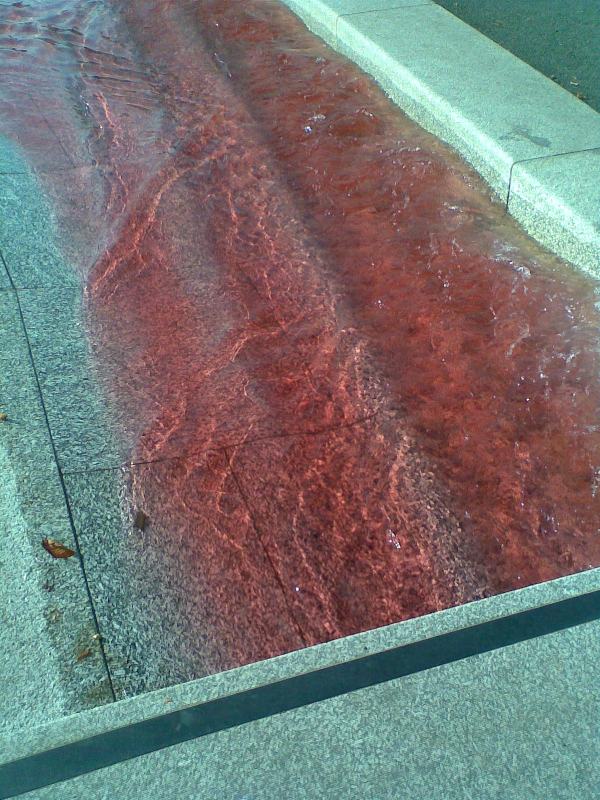 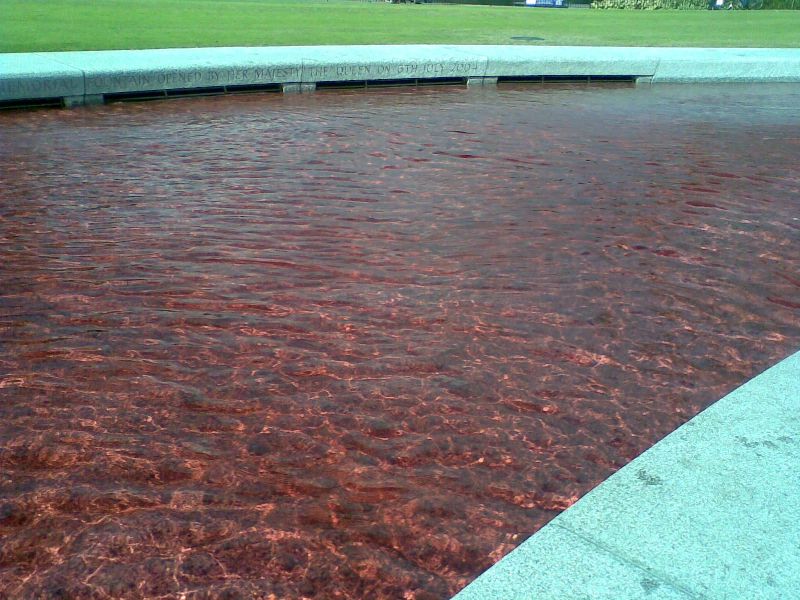 Although DSEi's organisers, Reed-Elsevier are too embarrassed by public concern over these weapons to allow the open exhibition of cluster bombs they have no qualms in inviting manufacturers and end-users, they also provide sound proof rooms for arms deals to be negotiated.

We take this action in solidarity with Disarm DSEi, and fully support their campaign, and have chosen the Diana fountain for this protest because of her work with Landmine Survivors Network.

In 2005 Denel's booth was shutdown when company representatives offered to sell cluster bombs to a journalist from The Independent newspaper.

1. DSEi is the world's largest arms fair, In 2005, DSEi hosted 1,100 companies, 70 official military delegations and 20,000 visitors from across the globe. Many of the countries invited were at war, some with each other. Many were dictatorships with appalling human rights records. Many had huge national debts with populations in severe states of poverty and starvation.
official website: www.dsei.co.uk

2. Disarm DSEi is a campaign for direct action against the arms trade, focussed on ending arms fairs in the UK as a first step. dsei.org

2. Cluster munitions kill and injure civilians at the time of use because they indiscriminately scatter explosives over such a wide area and many of the bomblets or submunitions fail to explode on impact killing and injuring civilians long after conflict. There is an international campaign to end their use, see

3. Cluster bombs disperse 'bomblets' over an area up to three football pitches in size. These bomblets can be anti-armour weapons, incendiary devices or fragmentation bombs (effectively nail bombs) designed to maim rather than kill.

4. The sale of anti-personnel landmines is banned, but to get round it anti-vehicle landmines with anti-handling devices are produced - sensitive enough to be detonated by a human.

5. Human Rights Watch estimated that cluster bombs were responsible for more civilian casualties during the invasion of Iraq than any other military tactic.