An independent videographer was arrested on the Noborders march today at 12:45. From preliminary reports, it appears that the arrest occurred when he filmed cops who were policing the march (not a crime) and then refused to give his details when asked to do so. It is unclear to us why anyone should be required to provide his name and address when filming the police. The arrest occurred under Section 50 of the Police Reform Act, a recent piece of legislation allowing police to arrest someone who doesn't give details when suspected of anti-social behaviour, so perhaps filming cops is an anti-social activity.
From what we can figure out, the cops appear to be specifically targeting photographers and videographers on today's march, and asking them for identification and details if they are unable or unwilling to produce a membership card from the National Union of Journalists. This suggests two things:

a) this arrest-under-suspected-ASBO-for-filming behaviour by the police is a new tactic, and is perhaps a response to the FITwatch group who have been documenting and obstructing the activities of the political police. Police forward intelligence teams assigned to watch left-wing activists are part of the domestic counter-terrorism units and they appear to be unhappy about the attention and hassle they are getting from FITwatch.

b) the fact that they're not arresting people with NUJ cards likely means that they are not at all confident about the legal status of what they're doing and know that they can't deal with a political and legal response by the NUJ. 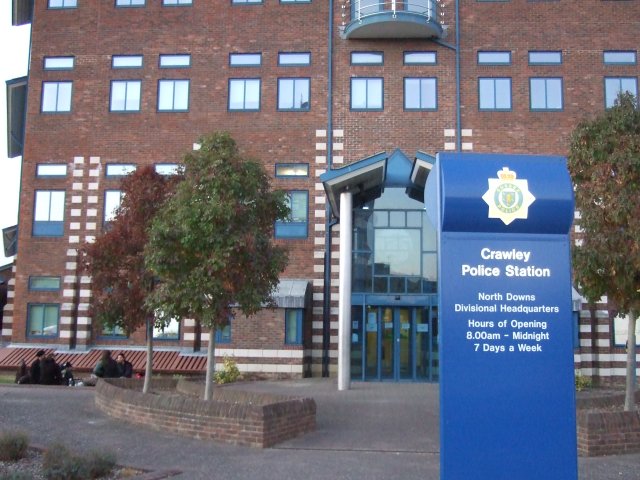 A group of fellow activists having a picnic outside Crawley police statioin, waiting for the two arrestees to be released.