Seated at a well-set dinner table near the entrance to Selfridges, an elegantly dressed woman was "force-fed" through a funnel by a man who was dressed as a waiter. This was the scene that made hundreds of shoppers stop and stare, yesterday(25-9-07) in Birmingham City Centre. The aim was simply to expose and shame Selfridges for their sale of foie gras - torture in a tin!! 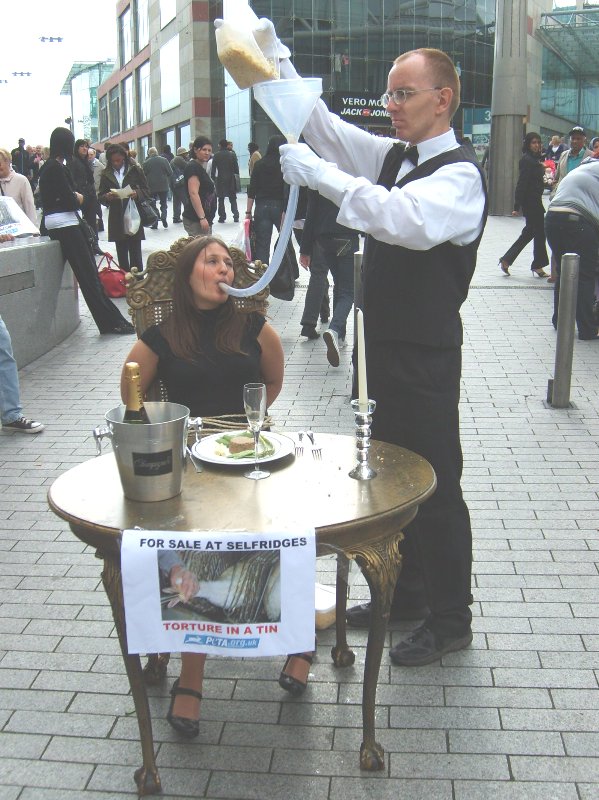 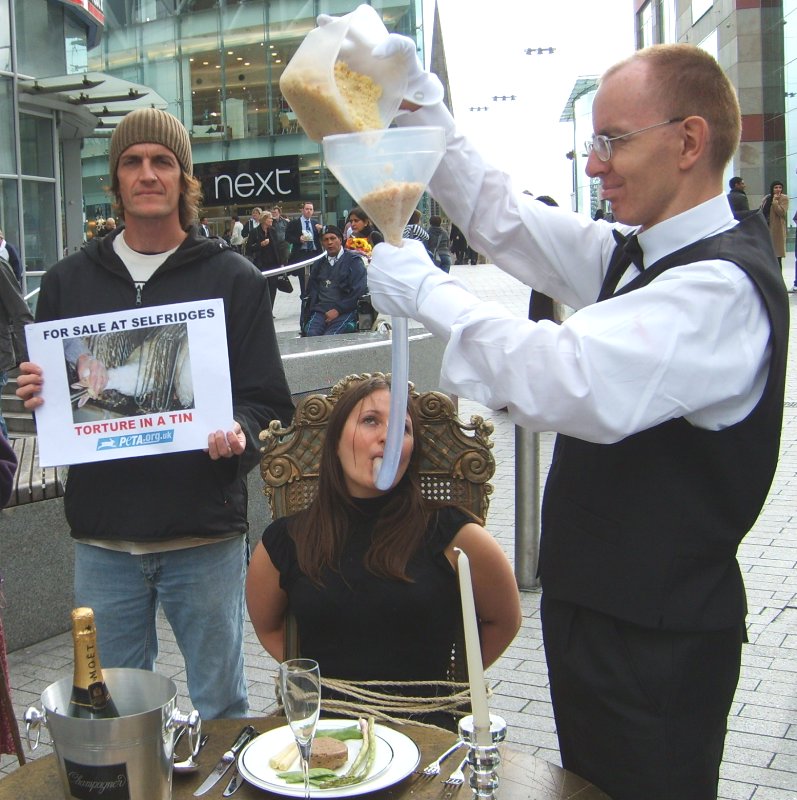 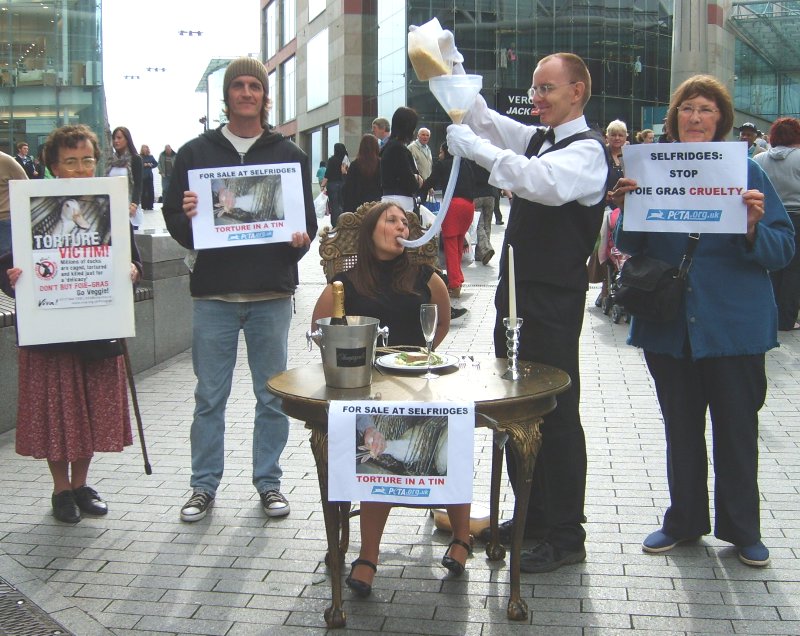 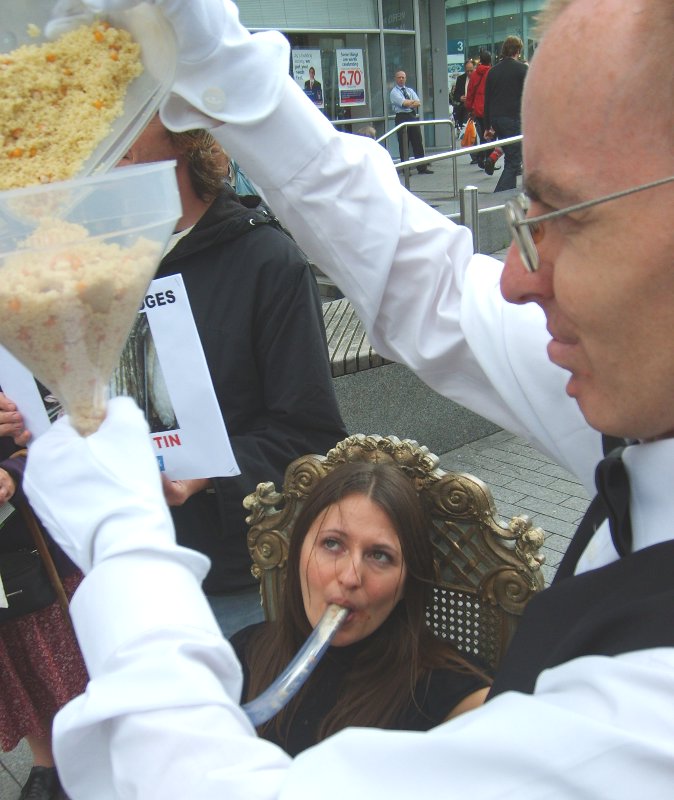 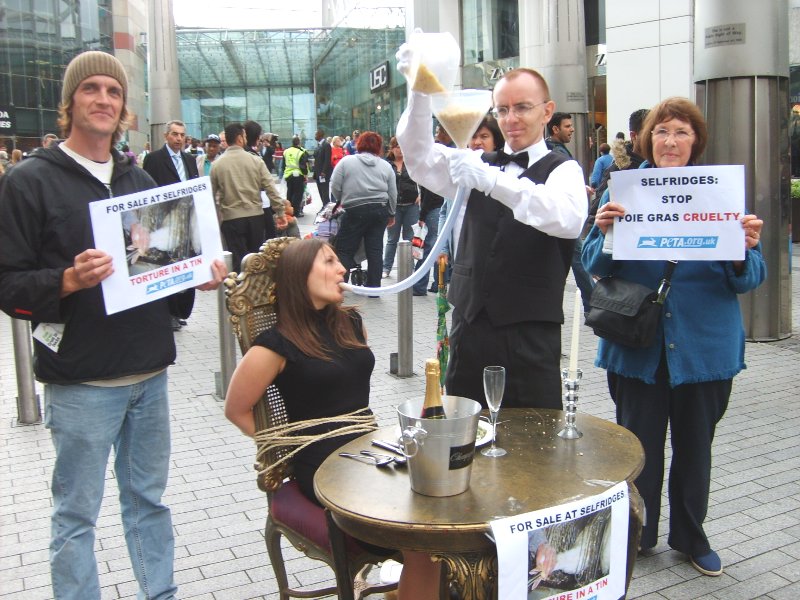 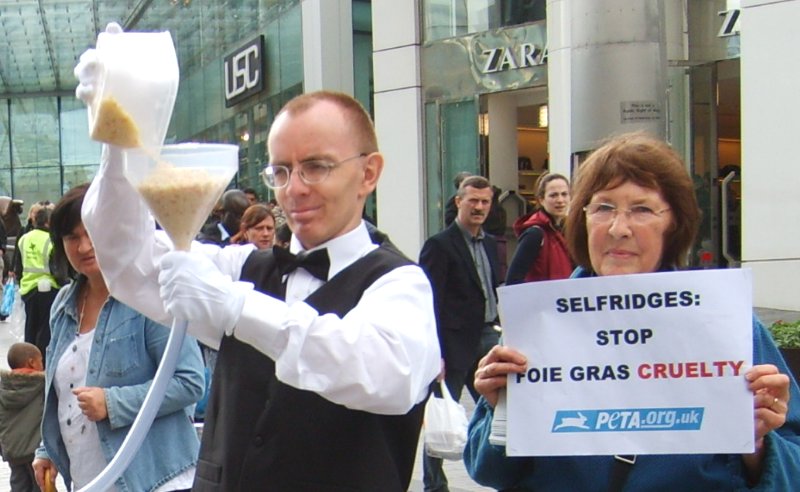 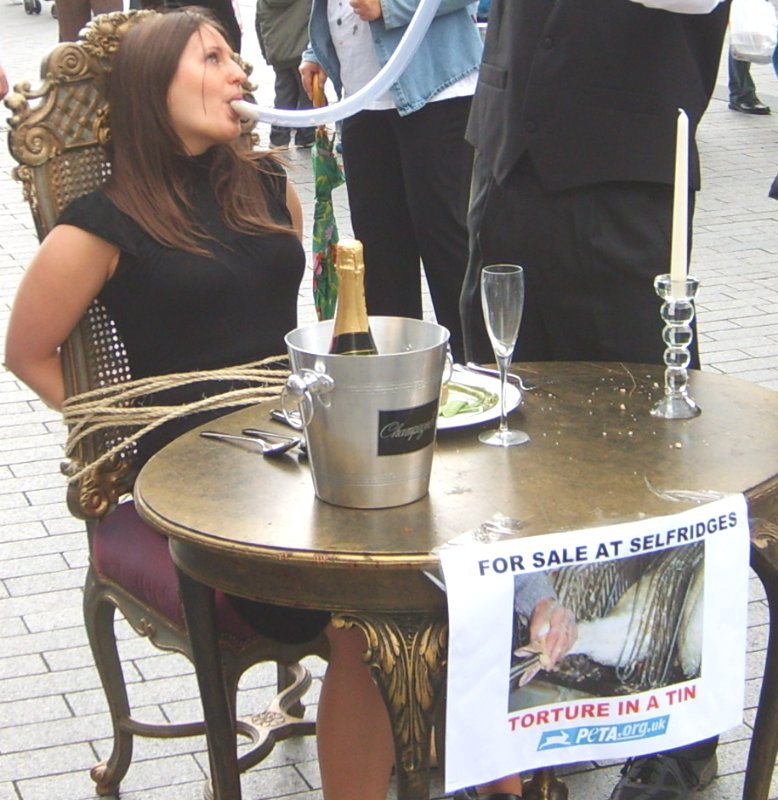 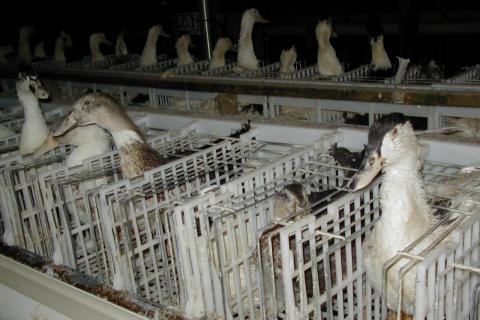 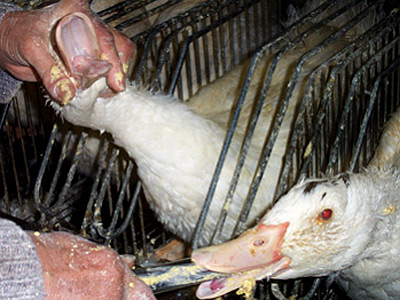 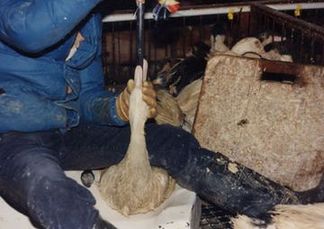 The stunt was organised by People for the Ethical Treatment of Animals (PETA) and was the launch of their new national campaign to enlist shoppers to pressure Selfridges to follow the example of Harvey Nichols, which, after meeting with PETA recently, agreed to ban sales of foie gras – the enlarged, diseased liver of force-fed ducks and geese – in its stores.

To create foie gras – French for "fatty liver" – pipes are shoved down birds' throats, and up to 4 pounds of grain and fat are pumped into their stomachs two or three times a day. The birds' livers become diseased and swell to up to about 10 times their normal size. The pipes often puncture the birds' throats, causing the animals to bleed to death.

A recent RSPCA poll showed that nearly two-thirds of Britons believe foie gras sales should be banned. The cruel methods used to produce foie gras have led many other retailers – including all major supermarket chains as well as House of Fraser – to ban foie gras in their stores. Sir Roger Moore narrated PETA's graphic video showing the cruelty of foie gras production. He has also written to Members of Parliament, encouraging them to sign on to EDM 1247, which calls for a prohibition on the sale of foie gras in the UK.

"Selfridges is out of touch with the majority of the British public, which feel foie gras sales should be banned", says PETA campaigner Noemie Ventura. "There is no excuse for supporting cruelty to birds which is so severe that foie gras production is prohibited in 15 countries."

For more information about the Selfridges campaign and for details of how to complain to them, see

WANT TO GET ACTIVE IN THE WEST MIDLANDS??!!
For anyone interested in getting involved with stunts such as this, and also leafletting, stalls, free food fairs etc, in and around Birmingham, keep an eye on the new Midlands Vegan Campaigns website