At 1pm on Saturday 29th September at the Council House in the Market Square, Nottingham folks turned out to continue the call for troop withdrawals from Afghanistan and Iraq. 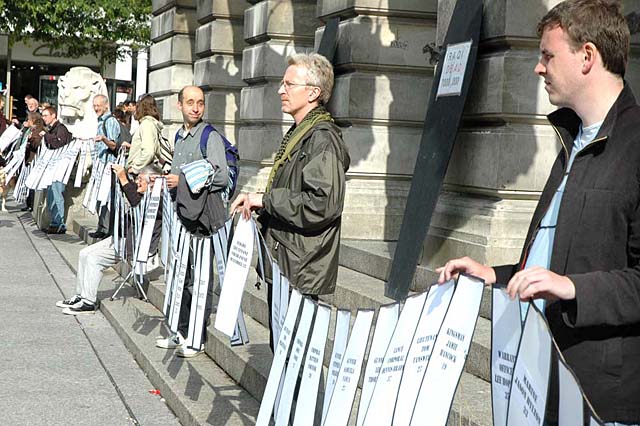 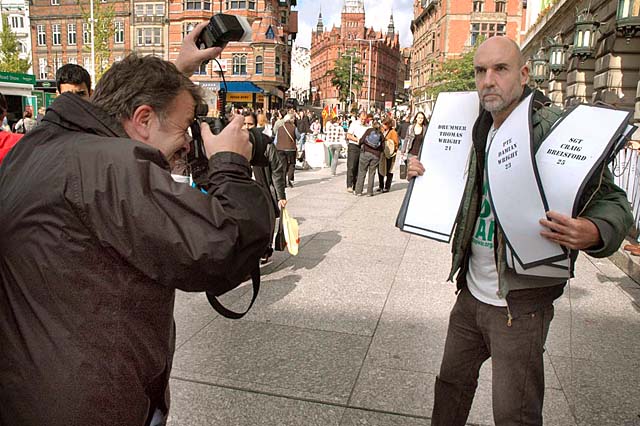 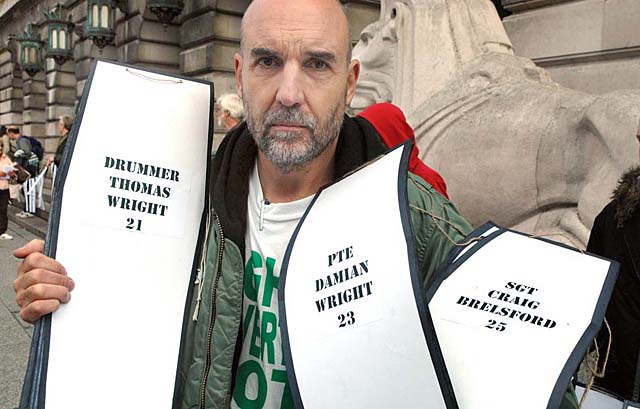 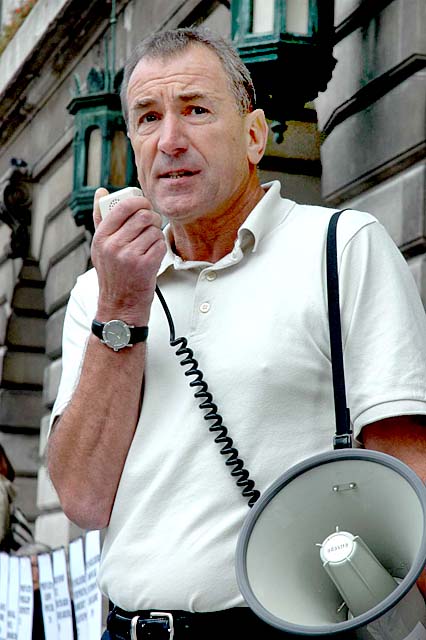 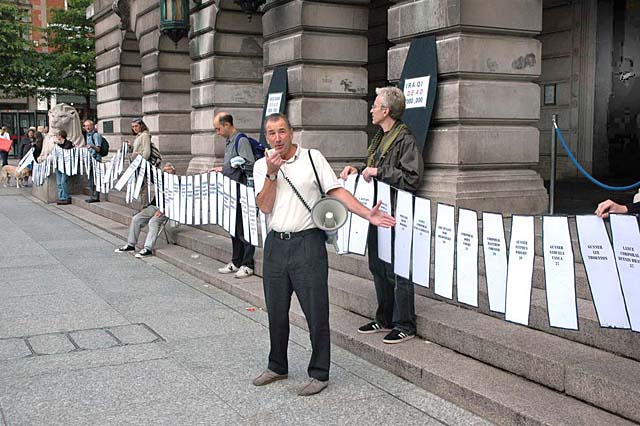 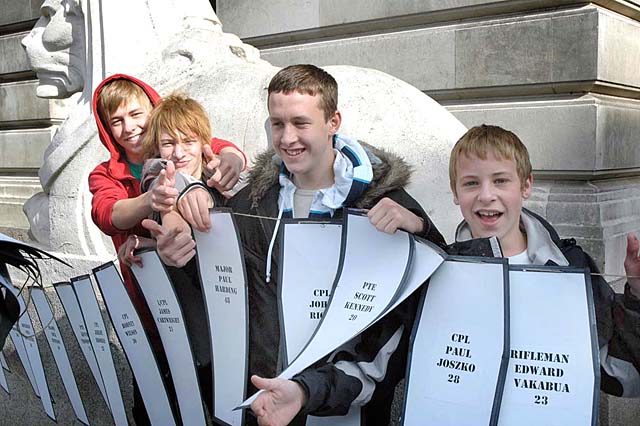 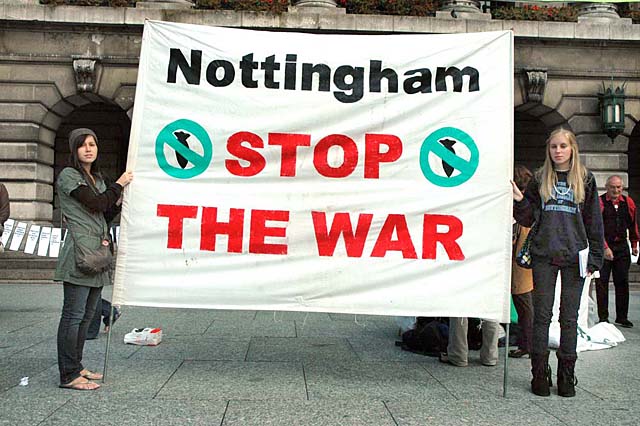 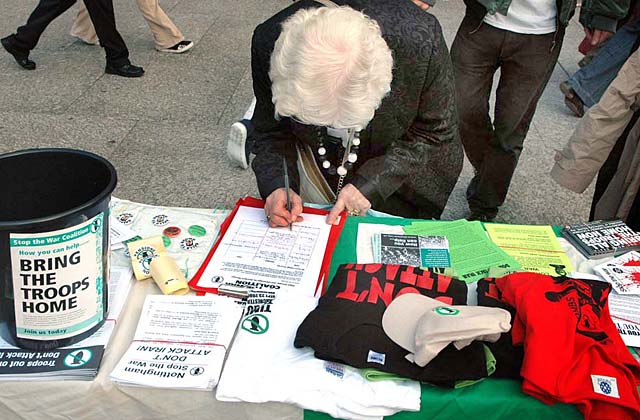 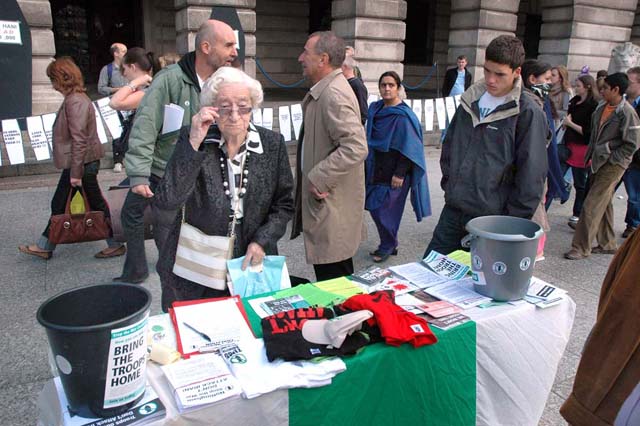 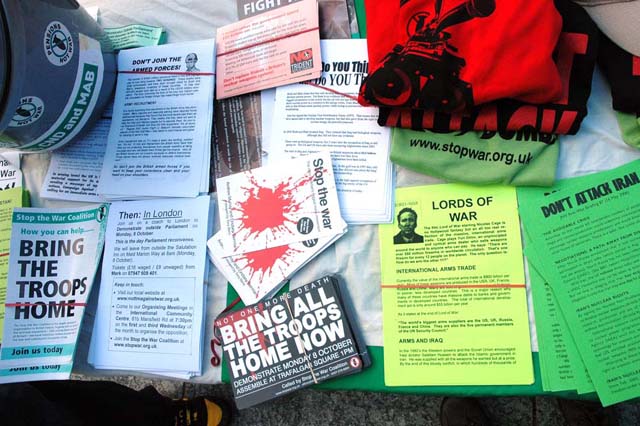 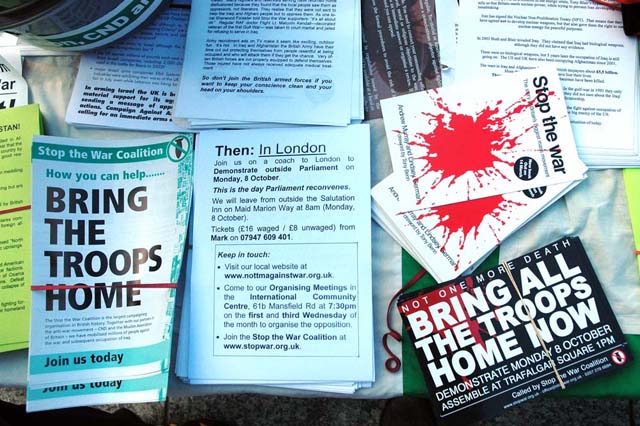 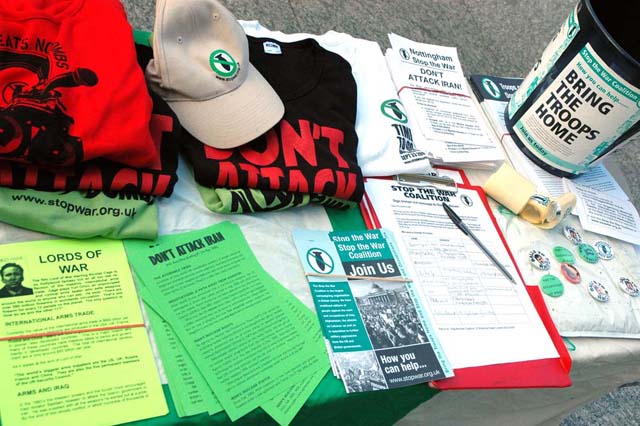 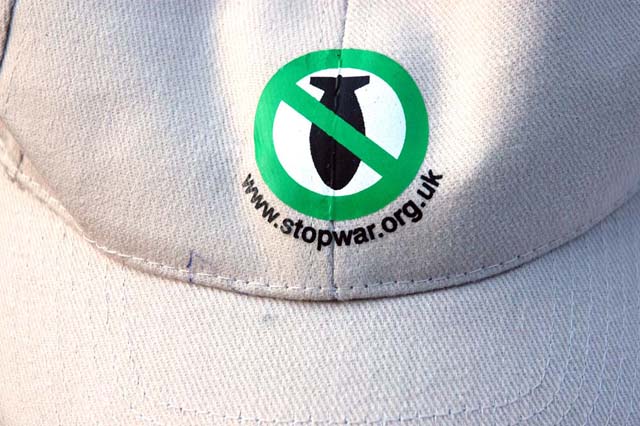 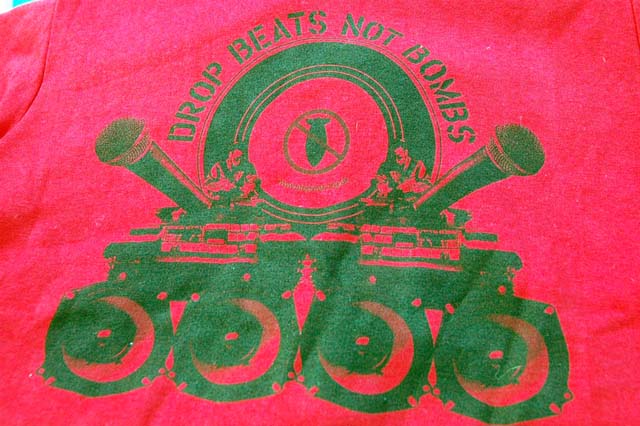 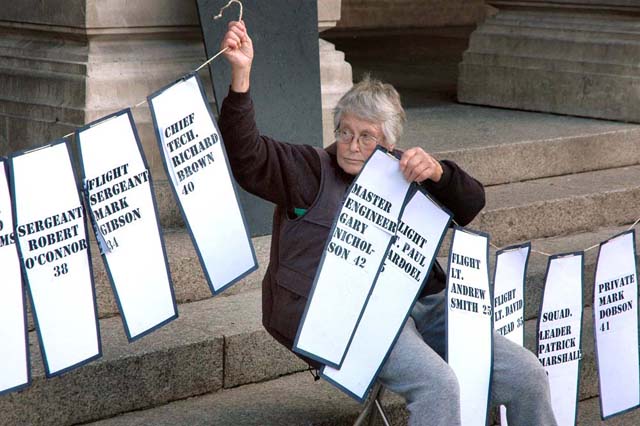 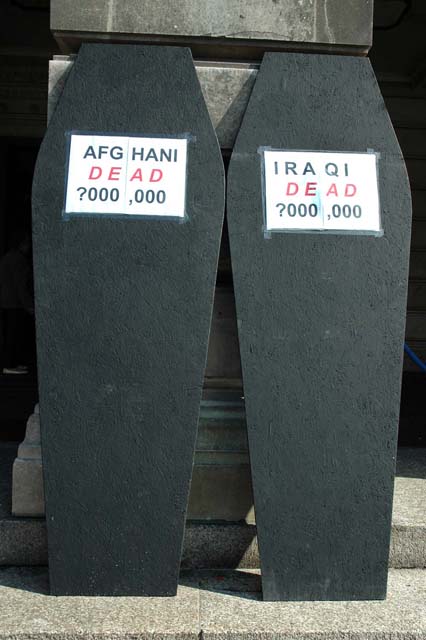 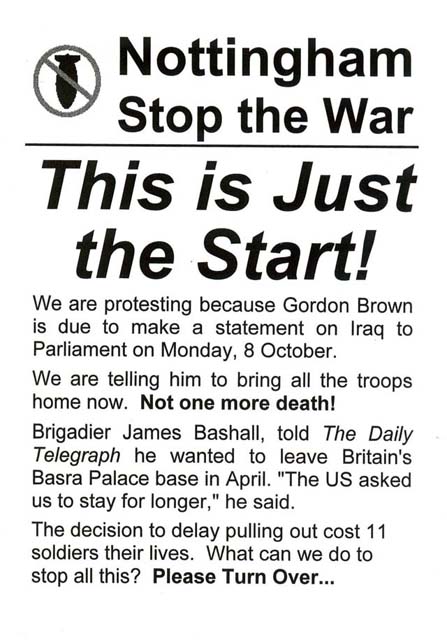 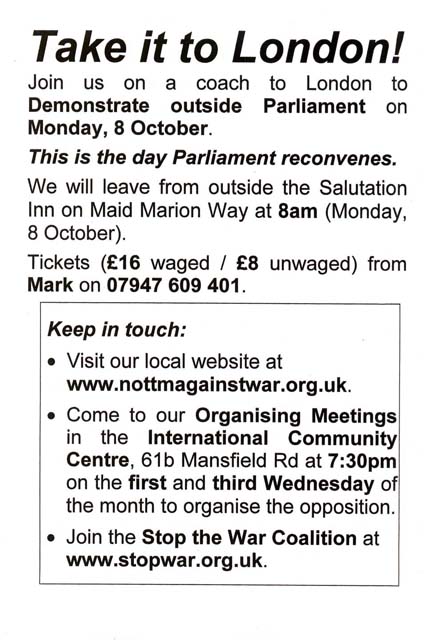 At 1pm on Saturday 29th September at the Council House in the Market Square, Nottingham folks turned out to continue the call for troop withdrawals from Afghanistan and Iraq.

To date, the total number of UK troops killed in operations in Iraq to 170 since the US-led invasion of 2003.

Further, the numbers killed on operations in Afghanistan since 2001 now stands at 81, after two soldiers died in a road accident on 20 September.

Many feel, as ever, that the occupation forces are 'part of the problem', rather than 'part of the solution'. The event included the naming of 'coffin cut-outs' of the individuals who have paid the ultimate price for this foreign policy. Of course, these were just the UK military casualties. I feel we should also remember the ?100,000 of civilians who have also died, but with no count having been made.

Alan Simpson MP (Nottingham South) turned up and made a speech, criticising the governments foreign policy and additionally drawing attention to the increasing severity of domestic laws, designed to stifle descent. Nattering to him afterwards, we wonder if this might have been his last public speech as an MP.

Mr Simpson is giving up a relatively safe Labour seat. Asked why he does not stay and fight, he said: "Because I don't think the changes are going to be driven inside Parliament. There is a desperate short-termism that consumes you. Parliament is dominated by playground games: who's gang are you in? He is quitting to carry on campaigning on "green" issues outside Parliament, where he feels he can be more effective.