in a remarkable display of over-policing, 8 cops, 4 forward intelligence, a van, and a rangerover accompanied a peaceful inter-denominational walk through the streets of london. the walk was more of a vigil than anything else, to mark the 6th anniversary of our invasion of afghanistan. after five hours overtime, the police headed off and completely missed the security breach at the ministry of defence that happened shortly after 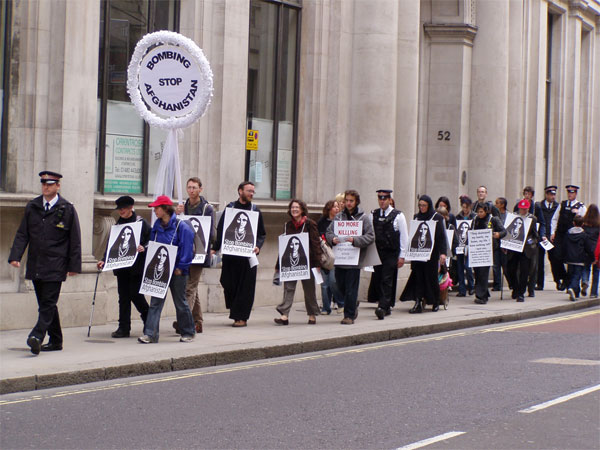 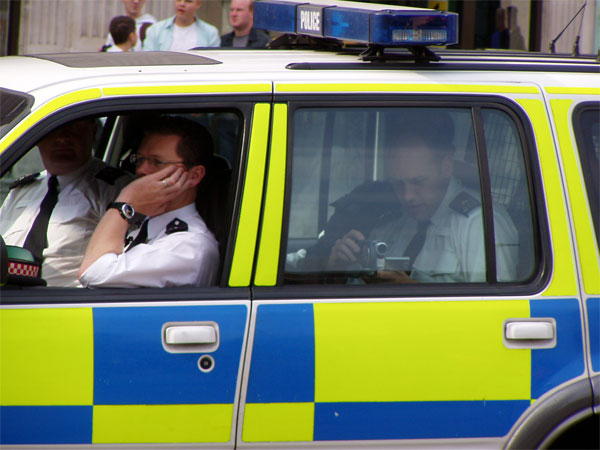 being watched and filmed 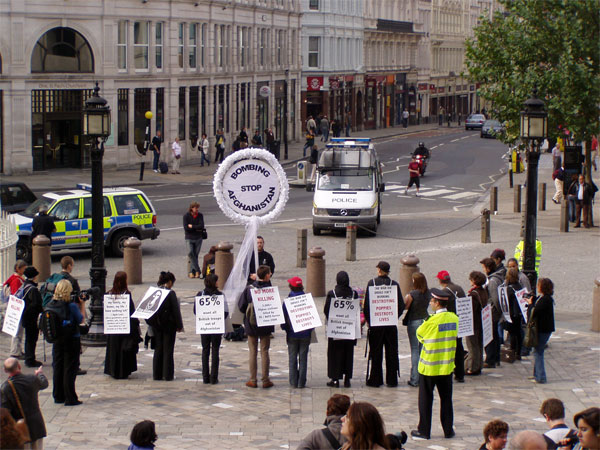 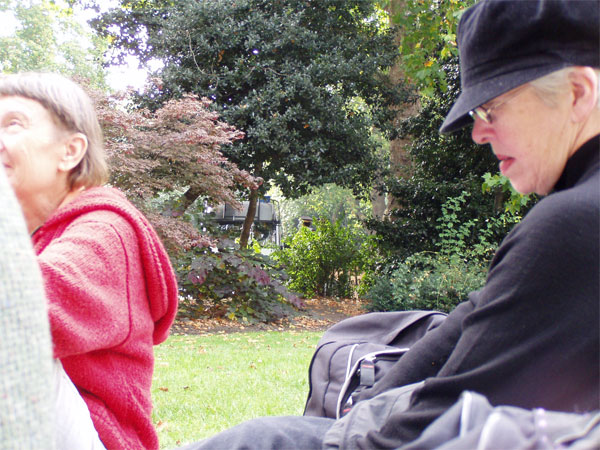 lurking in the bushes at the picnic 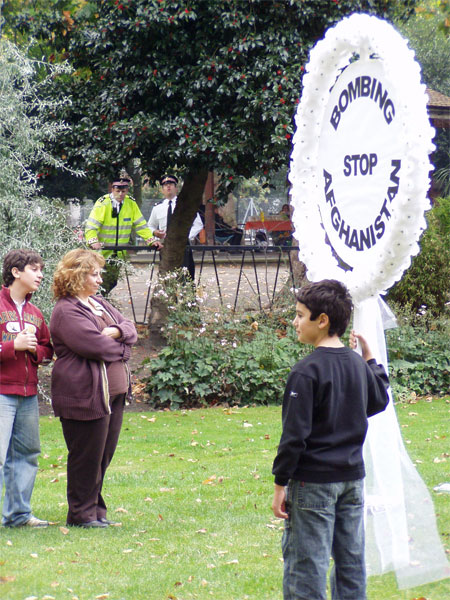 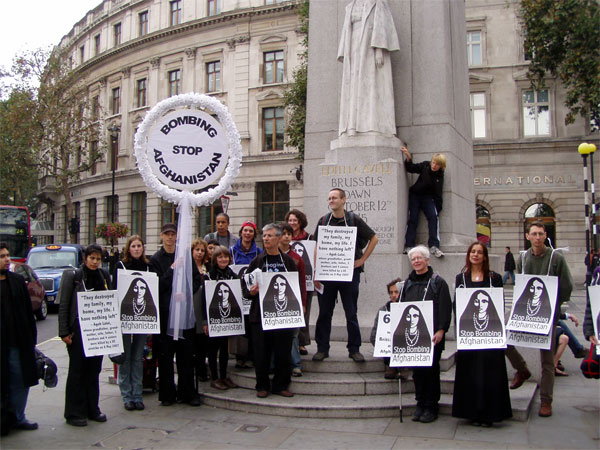 marking the sixth anniversary of the 2001 invasion of afghanistan, the plan was to walk through the city, stopping at key points related to the war.

it began this morning at st ethelburga's centre for reconciliation and peace in bishopsgate. before setting off, the fifteen participants held an inter-denominational 'service', taking turns to read out musings on peace written by poets from many of the world's religions.

a few more people joined the walk, and they set off towards st paul's cathedral followed by four forward intelligence officers with their trustee camera equipment, plus a police van with eight officers, four of whom 'facilitated' the not very huge crowd along the quiet streets of the city of london. the maximum size of the group at any time was 22.

it was then it dawned on me that i must be witnessing a huge police overtime scam. no-one could seriouly believe that these peaceful people were about to commit any serious criminal offences.

at st paul's the group stopped to hear how the history of the church was inextricably linked with the military and how it is the official church of the order of the british empire.

then the group continued on to lincoln's inn field for a picnic, still with 12 officers in tow. some of the police accepted food (some marvellous freshly-cooked falafels) and tea while they lurked in the bushes.

the next stop was an army recruitment centre, where i foiled a ludicrous attempt under 'data protection' to stop my filming. the group spent some time considering the toll on military personnel during wartime, and the awful fact of being sent to an illegal war by a morally bankrupt government.

onwards with police in tow to the canadian embassy. here, a rather posh passer-by saw the intelligence film crew and other officers surrounding the small protest, and she launched into a verbal attack on them, saying she was under the mistaken belief that we live in a democracy and that they should be solving real crimes.

i almost felt sorry for the police who looked rather bashful at this onslaught, until i remembered their overtime pay and i just got angry at the stupidity of the situation.

the walk ended at the edith cavell statue just north of the square.

the dozen officers had spent five hours of public money on this farce. the group dispersed and the police left to watch the end of the arsenal match.

i decided to go and see brian haw in parliament square, but just as i passed the ministry of defence building in whitehall i happened across a potential breach of security, a poppy planting protest on the lawn of the building, right opposite downing street, and in the middle of the highly sensitive government security zone. unnoticed for fifteen minutes, the activists could have been up to anything!

but i guess all that overtime had run out just at the wrong moment, or maybe boredom had overcome greed?

full story of the poppys at