If we get October out of the way without a major incident I, for one, will be extremely relieved.
Justin 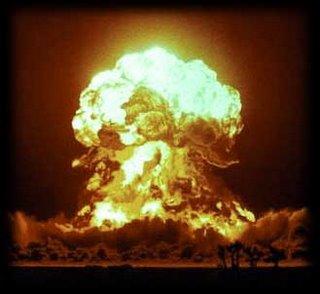 http://www.nineeleven.co.uk/board/viewtopic.php?p=90439#90439
I've just seen David Cameron's impressive speech - impressive not by the content but by the way he delivered it. However, we will know next week if Cameron has bought himself extra time and prevented a General Election campaign from being called.

But if an election is called, the chances of a false flag operation the size of 9/11 will have gone up dramatically because Gordon Brown, being a NWO/Illuminati stooge with knowledge of the much bigger game plan, will know that if such an attack were to take place during the election campaign, his 'Churchillian' presbyterian no nonsense gravitas approach (as he has already displayed with the Foot and Mouth and the 'botched' London/Glasgow 'terrorist' attacks) would ensure him a sizeable majority, given to him by the gullible electorate in need of 'leadership'. With such a majority, and with the prevailing climate of fear, he will force through ID Cards and other draconian security measures as well as Britain's surrender to the EU and the Euro.

It is looking increasingly likely that by the end of this month some sort of false flag op will occur that will justify an immediate attack on Iran. Over the past few days we have had neocons like John Bolton talking up the need of a regime change in Iran and we know that a 'cover' anti terrorism exercise, Vigilant Shield '08 is taking place between October 15th and the 20th, involving not only the US but Britain, Canada and Australia as well. We also know that the US, NATO and Israel have deployed nukes which can be used against Iran if necessary.


What may happen could be an 'attack' on a 'vulnerable' US carrier in the Persian Gulf area, a 'dirty' bomb or even a small nuclear device in an American city, or a 'clever' attack on a major but vulnerable piece of infrastructure which will fill the civilian population with fear (water resevoirs etc.). It could even be a surprise attack by Israel, which has been mooted for some time, on Iran's nuclear installations. It is certainly worrying that the Russians have suddenly pulled out their staff from the Bushehr nuclear reactor in the last week. They obviously know something.

Of course, a sudden war with Iran would also probably speed up the demise of the US Dollar as oil producing countries, disgusted by America's bully boy behaviour, switch to other currencies to buy and sell oil. The 'Amero' is waiting in the wings as is the proposed North American Union. The Hidden Hand is behind with its agenda and 'Problem, Reaction, Solution' events must happen soon if their schedule towards world domination is to be maintained.

We will find out next week if Mr Brown will be playing his part. I just hope I'm wrong again!