a good and bad day for liverpool feminists

the first was the initial liverpool session of the northwest feminists who have been active in manchester for several years, with some success.
nine people (inc. a token male) attended a convivial yet useful couple of hours; tea and coffee
were imbibed and ideas exchanged.
it was decided to hold another meeting very soon.

mention was made of upcoming a.w.o.l. (angry women of liverpool) events.
the inaugural meeting takes place at nTn on october 22nd, in order to build towards a "Day of Action for Radical Community Responses to Sexual Assault on Nov 30th".

the second event was less successful, probably down to the fact that it was due to be held at 7pm on a saturday night. i say 'due to be held' as, unfortunately the author's talk on her book, "Rebel Girls and Radical Suffragists" did not go ahead due to lack of numbers.
although i shared ms. liddington's dissapointment, i do not share her belief that it was not worth going ahead with what had promised to be a very interesting talk. i feel that it would have been more courteous to have at least stayed for a chat with those of us who had given our time to attend.
however, this event will be rescheduled and i look forward to a worthwhile return. 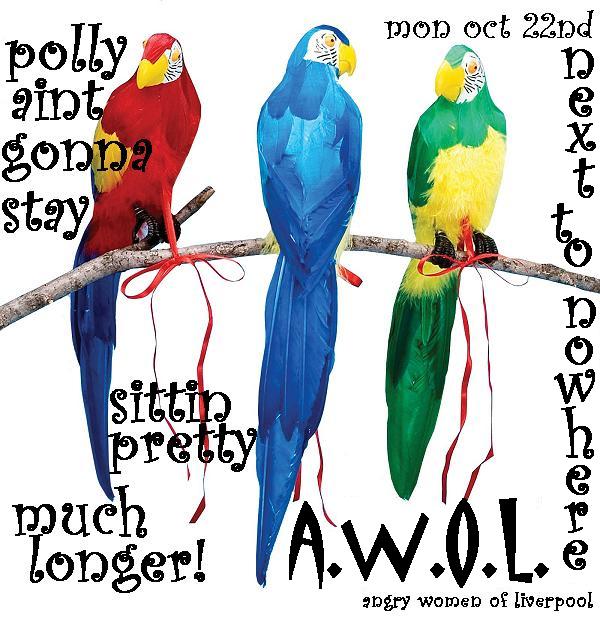