30 Burmese protesters and solidarity campaigners are again picketing Total Oil's London headquarters in Cavendish Square to highlight the company's support of the military junta in Burma, and complicity in ongoing repression of the Burmese population including the rape and torture in prisons. Police arrived after 40 minutes but have so far taken no action. 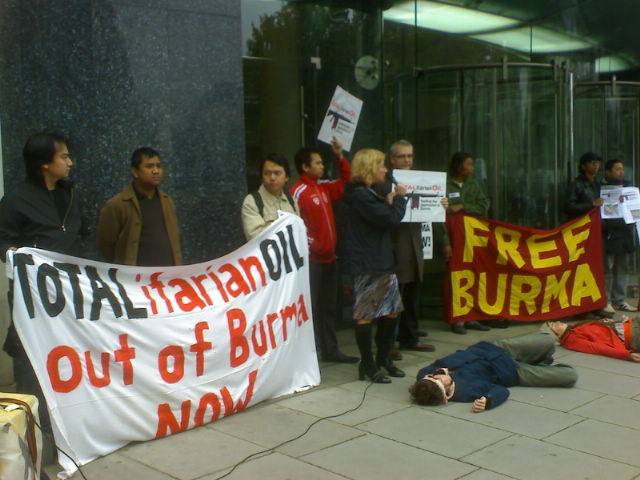