Photo of EDO MBM being forced to smash own window!

Paul Hills - managering director of EDO MBM was forced to smash the window of his own factory in order for workers to start their day, after protesters secured all entrances into the factory. 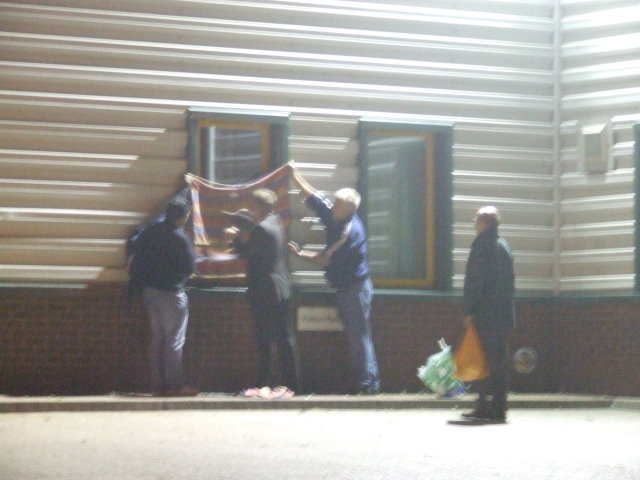 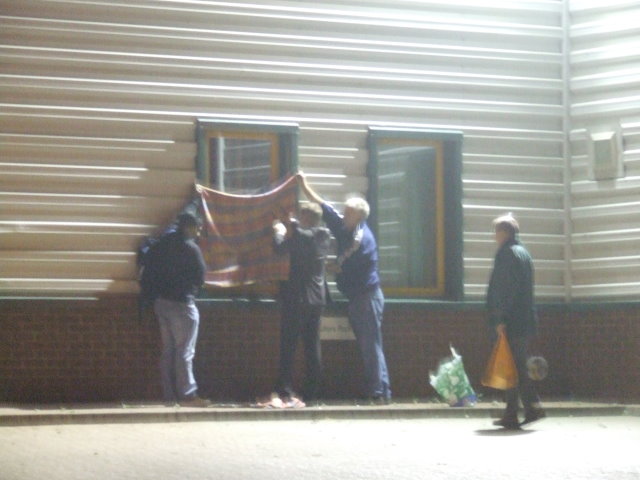 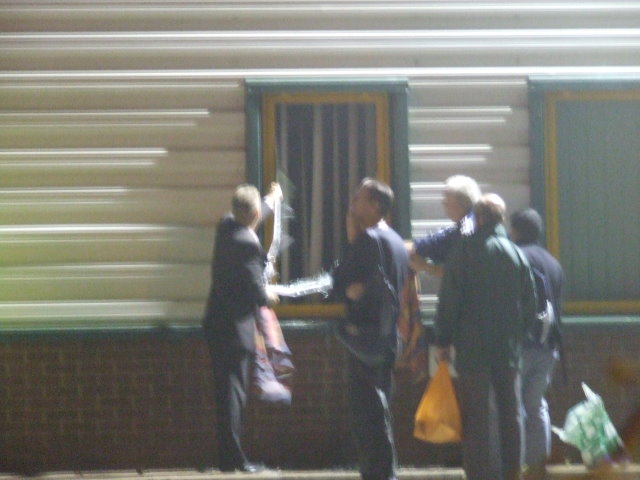 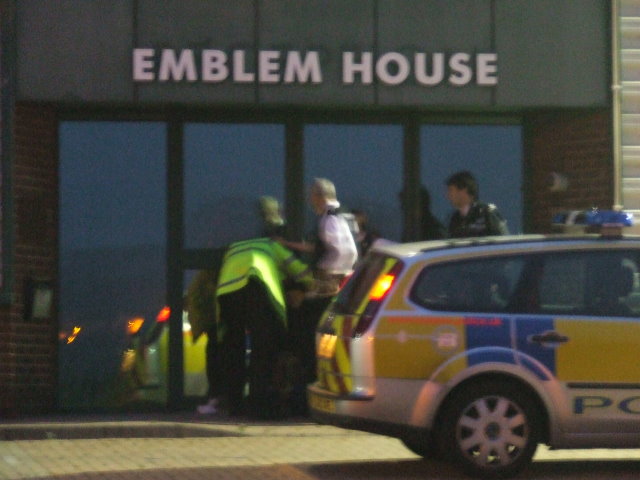 Despite heavy security at the factory activists managed to secure all doors to the EDO weapons factory in Home Farm Road, Brighton.

Two activists D-locked themselves by the neck to the front doors of the building.

Workers were forced to wait otside while they waited to EDO MBM Managing Director Paul Hills to arrive.

When Mr Hills arrived he was forced to break a ground floor window in order to get in to the factory. Staff were forced to get to work by climbing through the broken window.

Five people were arrested for aggravated trespass and will answer bail next week.

Three cameras were confiscated (wrongfully) under Sec 19 PACE, hence the lack of photos. One man was arrested for allegedly obstructing a Police officer who was trying to confiscate a camera. The police assure us our footage and photos will be returned tomorrow

Edo Blockaders charged with 'Conspiracy to Cause Criminal Damage'

Five people arrested on 3rd October (for aggravated trespass and obstruct police) have had their charges altered to 'Conspiracy to Cause Criminal Damage'. This is a much more serious charge which carries a maximum life sentence. The extent of the allegations against them are that they or person unknown locked on to the front doors of the factory and superglued the locks causing EDO MBM to have to break a window to get in and change the locks.

They will appear at Brighton Magistrate's Court at 9.30 am on Thursday 18th October to have the case transferred to the Crown Court.

help from one who likes too fight boys in blue!!!!