one arrest at Royal Bank of Scotland banner drop this morning

around a dozen activists from 'rising tide' highlighted royal bank of scotland's shoddy record of investment in climate change. one clambered on the glass canopy of their city hq to unfurl a banner while others handed out more than 900 leaflets 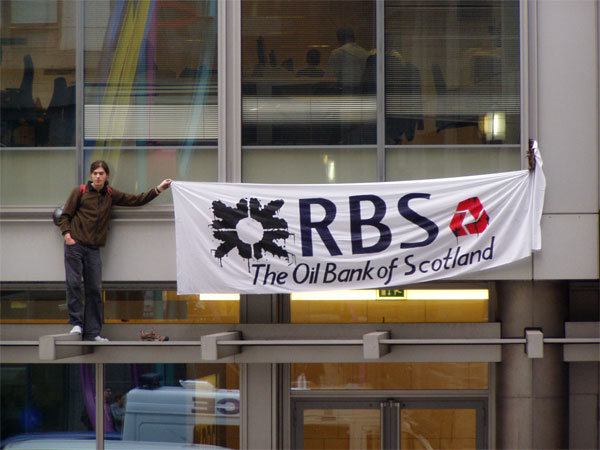 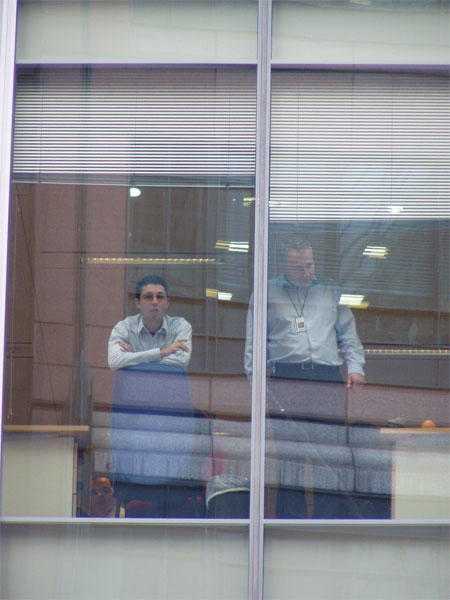 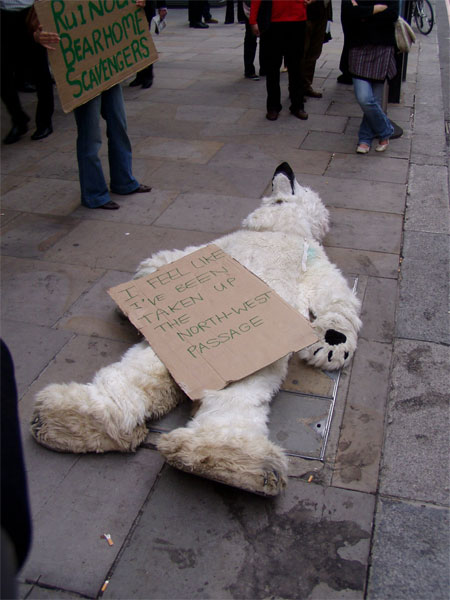 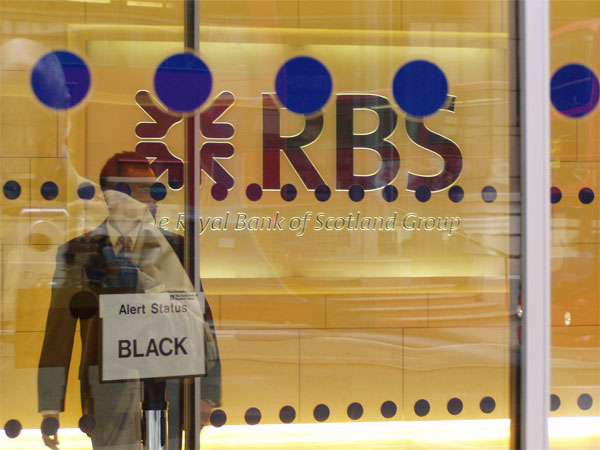 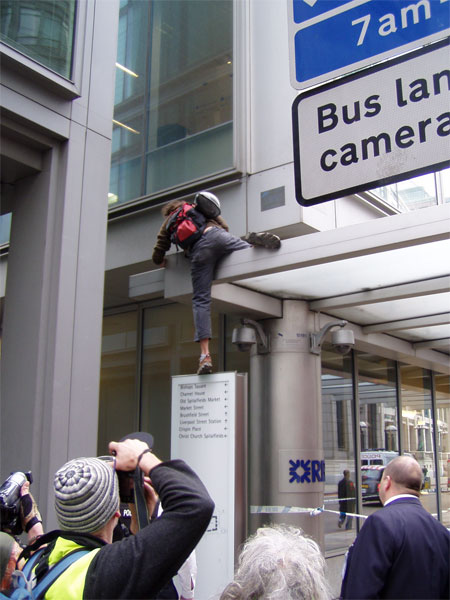 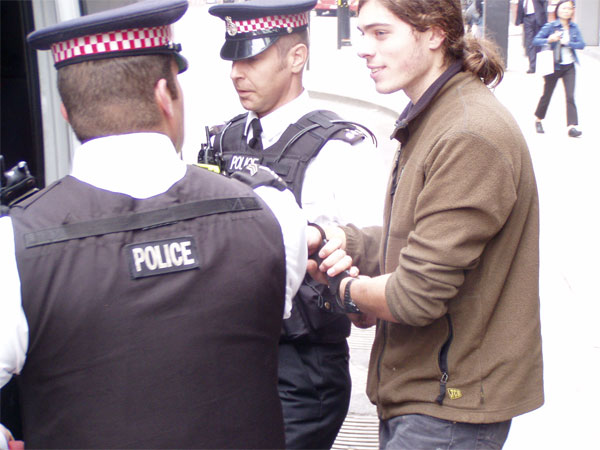 shortly before 9am this morning police sealed off the pavement under the glass canopy in front of 280 bishopsgate, the london hq of the royal bank of scotland. an activist had clambered up with a banner proclaiming 'the oil bank of scotland', while a dozen others leafletted passers-by and bank workers outside the front doors.

the activists also had various banners, and one was fetchingly dressed as a polar bear.

the action lasted about an hour and a half, while police photographer steve discombe used up the battery of his long lens camera taking shots of everyone involved. luckily, police back-up arrived with another battery just as the banner man came down.

police tried to seize the banner from activists "as evidence" and after a short but comic game of 'piggy in the middle', they succeeded. in past cases around parliament square, it has been shown in court that if police have clear photos of the banner, under PACE they have no further right to seize the actual banner, so in effect they stole it this morning (as they often do!).

the banner man was arrested for 'causing a public nuisance' and it is believed he was taken to bethnal green police station.

activists were highlighting the fact that RBS-NatWest have in the last five years funded 655 million tonnes of emissions) which is more than the UK's entire annual emissions. the bank has launched 'aviation capital' to help put more planes in the sky, and it has pumped over $10billion into the oil and gas industry, funding rigs, tankers and pipelines.