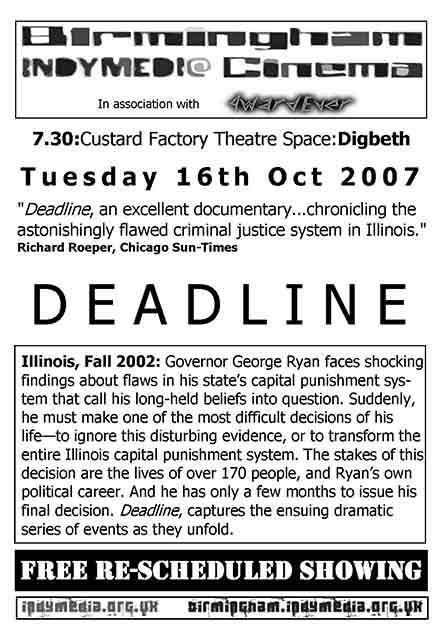 Illinois, Fall 2002: Governor George Ryan faces shocking findings about flaws in his state’s capital punishment system that call his long-held beliefs into question. Suddenly, he must make one of the most difficult decisions of his life—to ignore this disturbing evidence, or to transform the entire Illinois capital punishment system. The stakes of this decision are the lives of over 170 people, and Ryan’s own political career. And he has only a few months to issue his final decision. Deadline, captures the ensuing dramatic series of events as they unfold.