Full report with photos to hopefully follow soon, but here's a quick summary!
Oxford climate activists targeted a branches of both the Royal Bank of Scotland and NatWest as part of the today's National Day of Action. With banners and oil-spattered T-Shirts declaring "RBS Group - Funding Climate Change", "Dirty Bankers - Shafting The Planet", and "The Oil Bank Of Scotland", they caused a stir in Oxford's busiest shopping precinct and distributed hundreds of leaflets to interested customers and passers-by.

Activists also entered both branches with a large oil pipeline, explaining to customers and staff that they were delivering it to the branch, but couldn't leave until they'd spoken to Head Office to confirm that it had arrived safely. They stayed in each branch cheerfully (and loudly) reminiscing with staff and customers about all the other pipelines and fossil fuel projects the bank was funding, and how much climate change they were causing, until removed by the police. In the NatWest branch, they also managed to get a call put through to Head Office and asked them why RBS were funding so many climate-trashing projects (they didn't get any decent answers though).

No-one was arrested, although one protester had to give their name and address under Section 50 of the Police Reform Act for "anti-social behaviour" (they were apparently causing "alarm and distress" by standing in a bank, talking about climate change and holding a cardboard oil pipe).

Photos From The Action 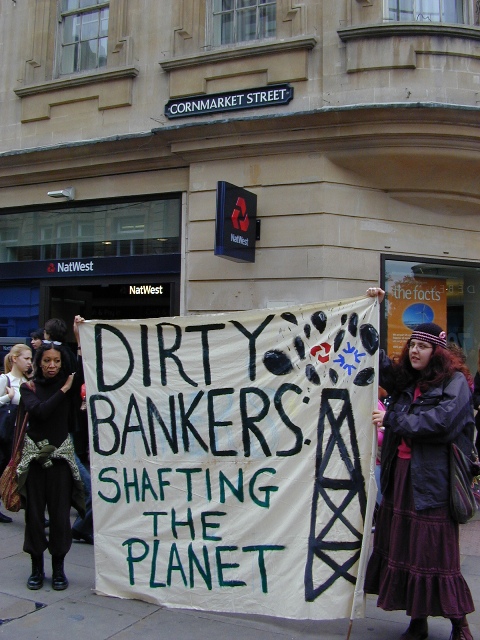 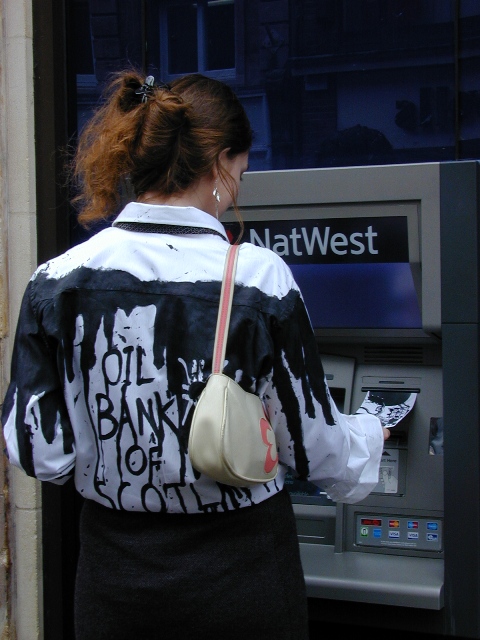 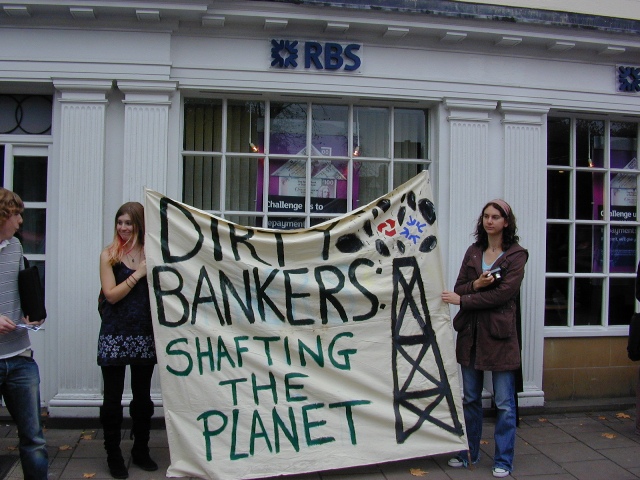 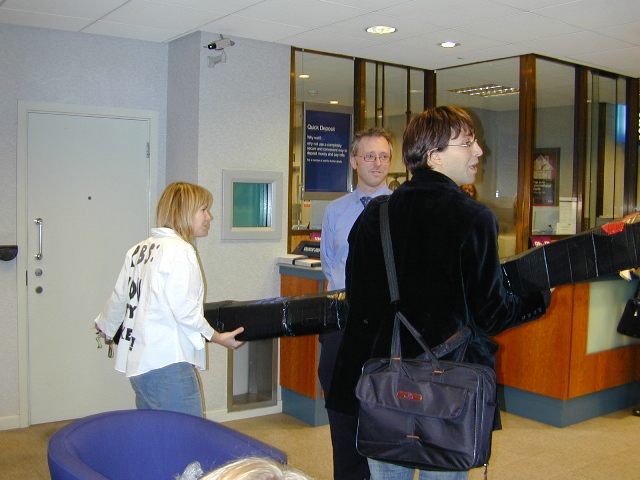 The RBS Branch Manager seems delighted as the pipeline arrives at his bank.

Here are some photos...and apologies for the typos in the above article, it was written in a bit of a hurry!

Link to video of Action