Protesters gathered outside the Australian High Commission in London on Saturday (13 Oct 2007) to demonstrate to save Tasmania's wild forests and oppose the building of a new pulp mill there. 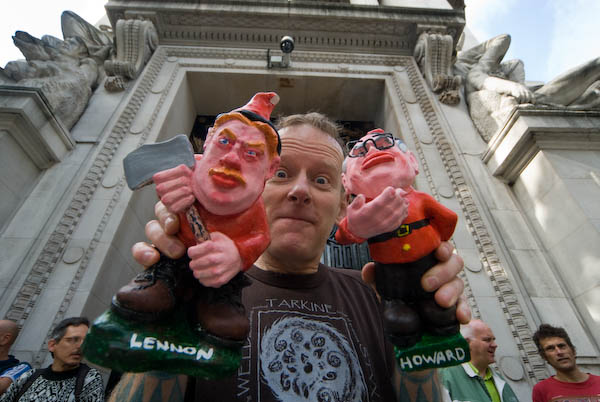 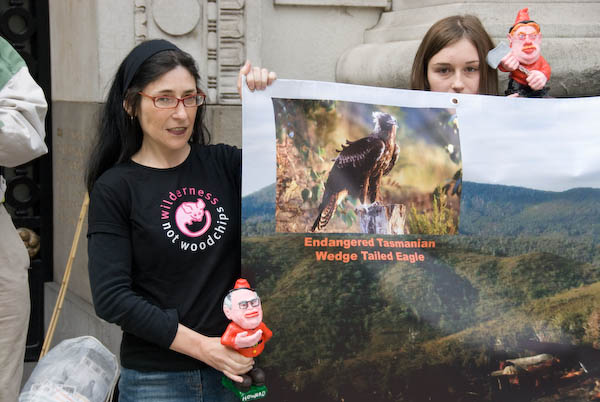 The cutting down of ancient 'old growth' forests is a major political issue in Australia, and no more so than in Tasmania. With national elections announced for Australia on Nov 24, logging could be an important issue.

Cutting down the forest will also remove a valuable sink that removes carbon dioxide from the atmosphere (and of course produces oxygen), and the pulp processing in the new plant will emit 10 million tons of CO2 a year, as well as discharging 64,000 tons of toxic effluent into the ocean each day.

Ironically, part of the pressure for the cutting down of forests comes from the growing business of carbon offsetting. Much of the land currently occupied by the forests will, after the existing forest is cleared, be replanted with trees that will be used to produce an income in carbon offset schemes.