Burma activists 'lock on' to Total

Three direct activists have today shut down a busy Total filling station in solidarity with the people of Burma's nonviolent struggle for democracy.
Under a banner saying “May all beings be happy – Free Burma ” the activists have locked themselves together and begun to meditate, locking together the hoses, turning off the power and blocking the entrance to the premises in London's Marylebone Road. 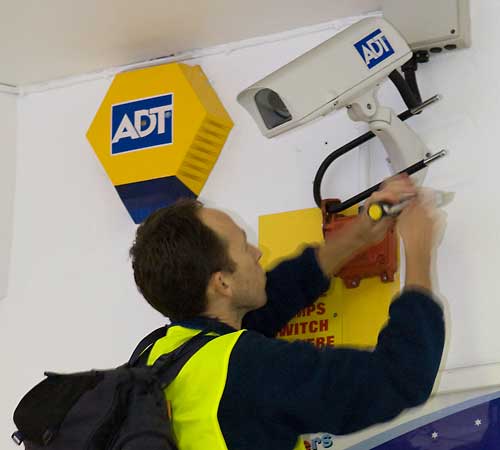 Off goes the power 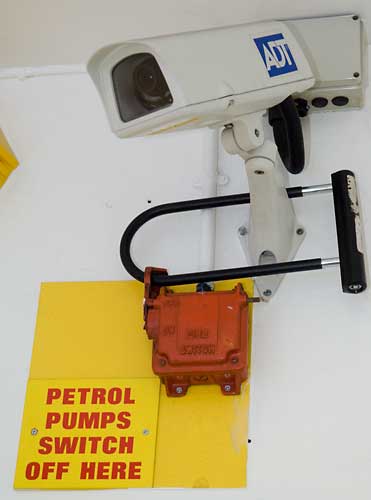 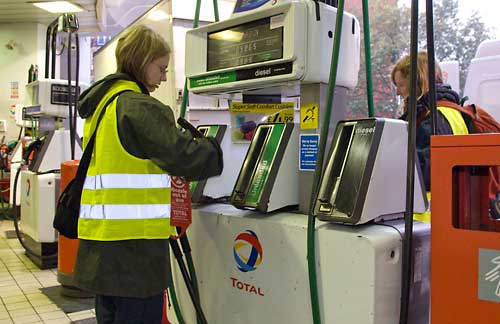 Pump handles are gathered together 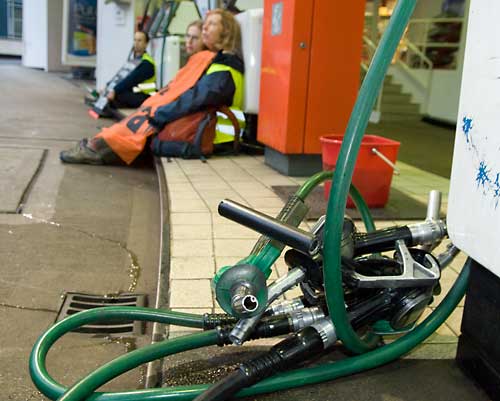 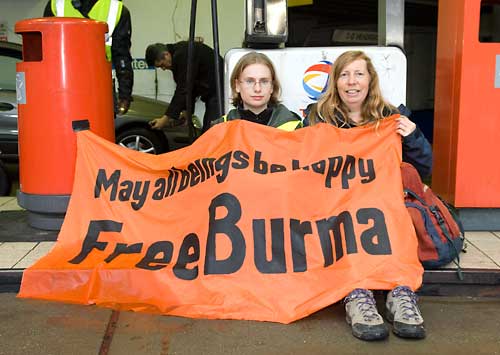 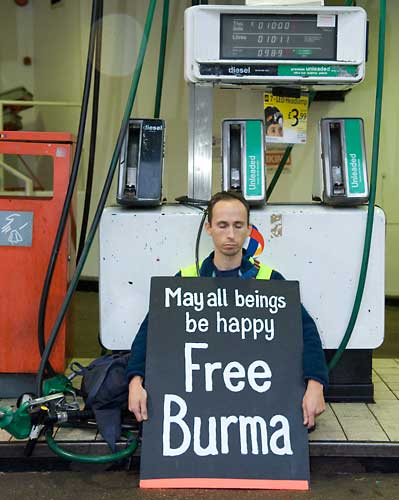 The group have targeted Total to highlight the company's role in propping up one of the world's most brutal dictatorships. The Burmese military rulers routinely torture prisoners, use rape as a weapon of war, and have forcibly displaced almost one million people from their land – including to make way for a 63 kilometre gas pipeline built by Total.

Aung San Suu Kyi, Burma’s pro-democracy leader, has said that “Total has become the main supporter of the Burmese military regime.” She told the French weekly Le Nouvel Observateur that "Total knew what it was doing when it invested massively in Burma while others withdrew from the market for ethical reasons”. She added, “the company must accept the consequences. The country will not always be governed by dictators.”

Matthew Herbert, one of the activists, said: “All the peoples of Burma will be free. There is no force as powerful as the nonviolent resistance of a united people, especially when the cause is as just and urgent as this. As Aung San Suu Kyi says, Total will be held accountable. Today's action plays just one small part in that reckoning.”

A fellow activist, added: "The authority to rule comes from the people themselves, the people of Burma have had enough, they are withdrawing their consent to be controlled. This action is in solidarity with the people of Burma struggle for freedom and a message to Total to withdraw from Burma now."

Great stuff! Where did this action take place exactly?

There will be another demo / die-in outside Total's central London HQ at 33 Cavendish Square (Oxford Circus tube) tomorrow (Wednesday) morning, 8.30-10.30. Last week's action
attracted at least 30 supporters, about half Burmese. Great support from the public, and the police didn't give us much hassle.

There will be a further action at a central London Total garage on Thursday, 5-7pm.

More details to follow soon. Please come along to one or both actions if you can and support the Burmese monks and people in their struggle for freedom from oppression, and democracy.