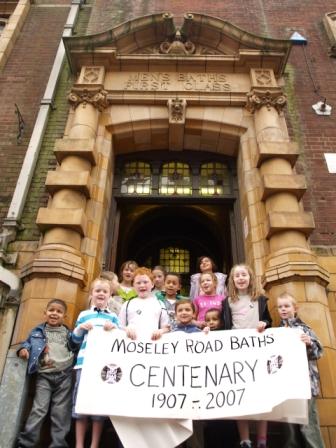 CRISIS OF TRUST IN COUNCIL

Friends of Moseley Road Baths are increasingly wary and distrustful of Birmingham City Council (BCC) following the council’s handling of the Central Library and their treatment of the Friends of Central Library.

Concerns are growing that the future of Moseley Road Baths will be dealt with in much the same ‘behind closed doors’ manner and that any community involvement or wishes will be ignored.

As with the Central Library the council have commissioned a report into Moseley Road Baths and so far they have not disclosed any part of it. An attempt to get disclosure under the Freedom of Information Act has failed and there are fears that the council will keep the details secret until it is too late to have any meaningful comment on it’s content.

‘Issues such as the Central Library and Moseley Road Baths put the council’s talk of involving communities and public consultation to the test. On the library they have failed dismally. We are being kept in the dark and are conscious that as time goes by the council will be advancing their plans regardless of public opinion. We are further alarmed by the council’s intention not to disclose any financial details behind their reasoning for the library until the decision was ‘rubber stamped’, especially as the last figure made public by the council for repairs to the baths was a very high £30m. We have it from a reliable source that the figure is nearer £12m far less than was expected.’
Russ Spring, Chair FoMRB

NOTES FOR EDITOR
Moseley Road Baths and the neighbouring Library were built for the people of Balsall Heath as part of a deal to bring Balsall Heath into the then expanding Birmingham City.

Results of a consultants report are awaited. BCC have indicated that the report will be released some time this autumn.

Friends of Moseley Road Baths (FoMRB) formed in November 2006 has widespread support in the area and have organized numerous events to galvanise local opinion behind the two pools option.

The Friends will release a 24 page document ‘Report on the future of Moseley Road Baths’ which will be distributed to all councilors as well as health practitioners, schools and other interested parties.

FoMRB are making all arrangements to mark the centenary this year. BCC have shown total reluctance to anything happening to draw attention to the baths.