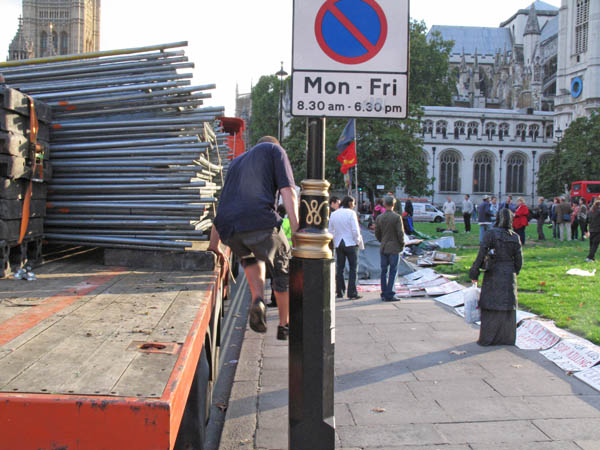 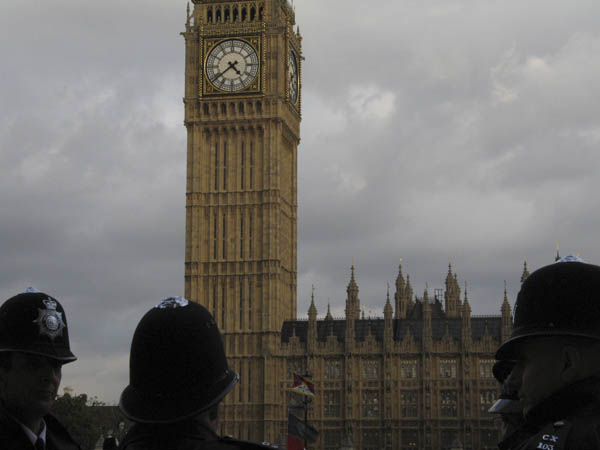 Police are on hand to keep "peace" 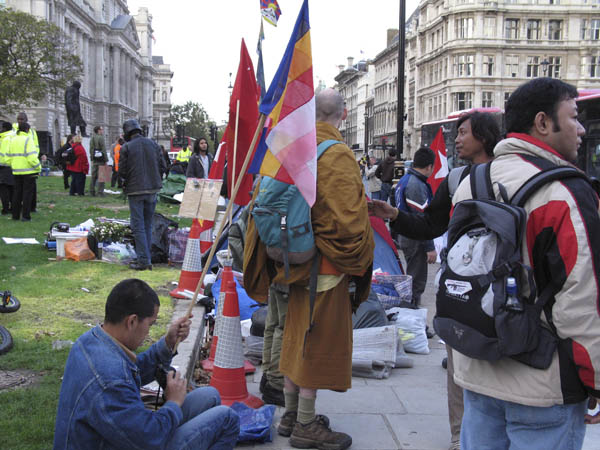 Burmese agree to move their tents 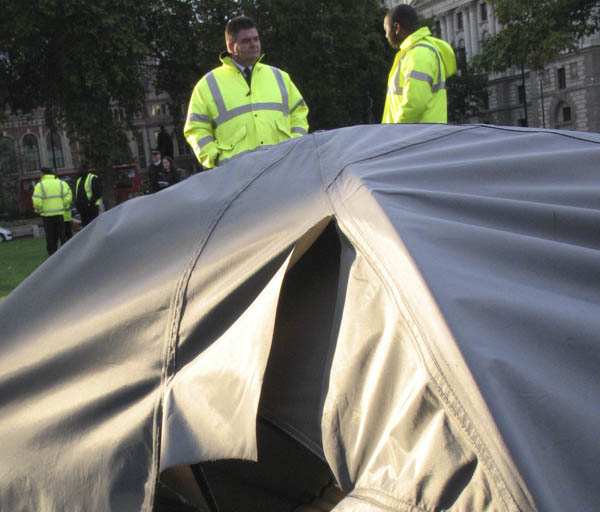 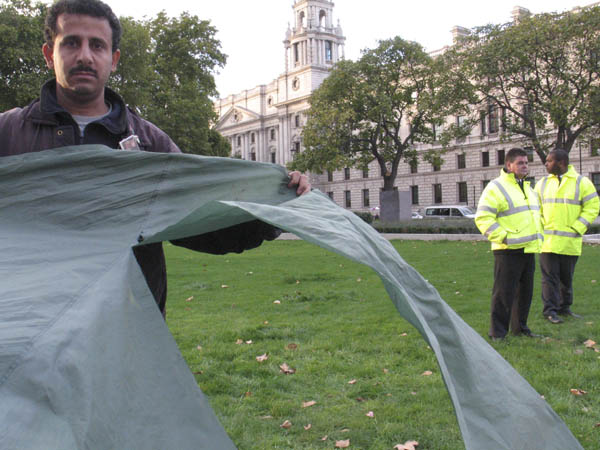 According to protesters in Parliament Square, today 17th October 2007, staff from a security firm hired by the GLA used force to remove the tents they have been living in.

In the same operation a fence that had been erected by the GLA for “maintenance purposes”, around Parliament Square was removed.

To my knowledge no maintenance was carried out while the fence surrounded the Square. Anti-war protesters have consistently argued that the fence was put there as a political act to force them from the Square. Protesters in Parliament Square also claim that the security firm hired by the GLA caused criminal damage to their tents as well as assaulting them.

The commanding officer of the Metropolitan Police at the scene claimed the their presence there during the operation was to keep the peace.

The use of private security companies to carry out this kind of operation could be seen as a mirror image of what is happening in Iraq. Some private security companies in the UK are now carrying warrant cards and have the power of arrest. Though the “legitimate” use of violence by state actors is unpalatable the recent expansion and delegation of the use of “legitimate violence” by non-state actors, is likely to result complicated and multi-dimensional conflicts based on economic interest.

Marks left on the grass. 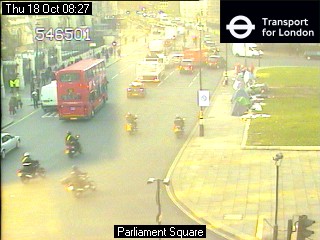 Interesting that some of the worst marks left on the grass seem to have been made by the GLA metal fence. I see from the jamcam that tents are now positioned on the pavement.