Birmingham Food Not Bombs returned to the streets on Saturday the 13th of October for National Anti-McDonalds Day, in combination with the recently formed Midlands Vegan
Campaign. 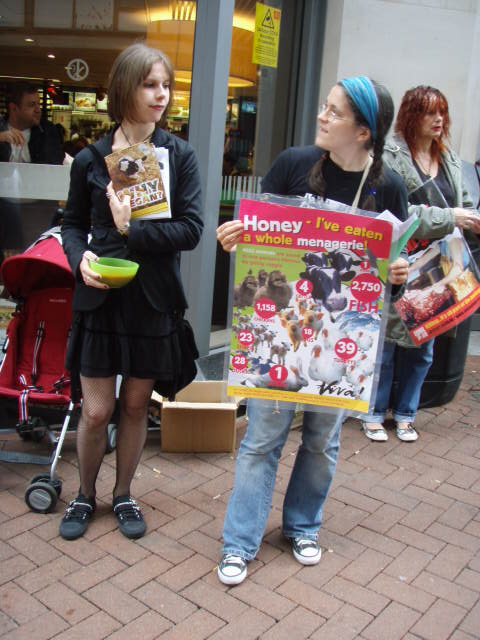 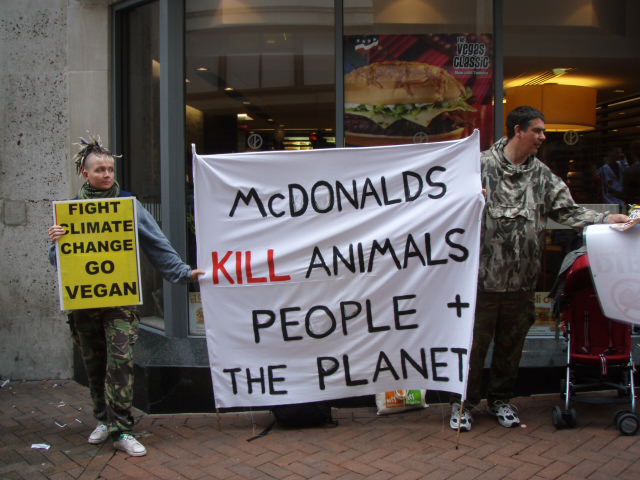 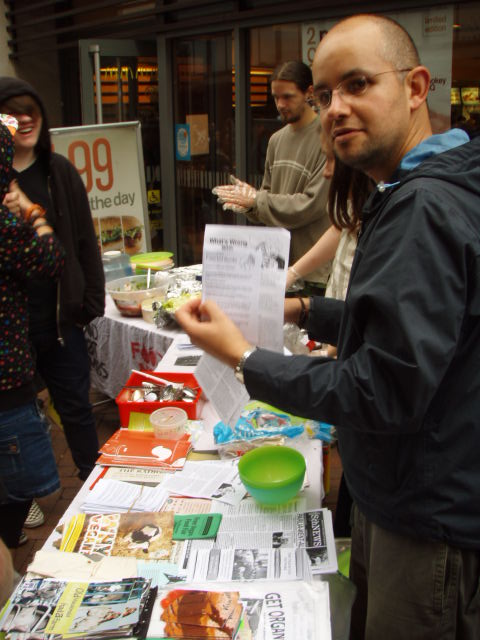 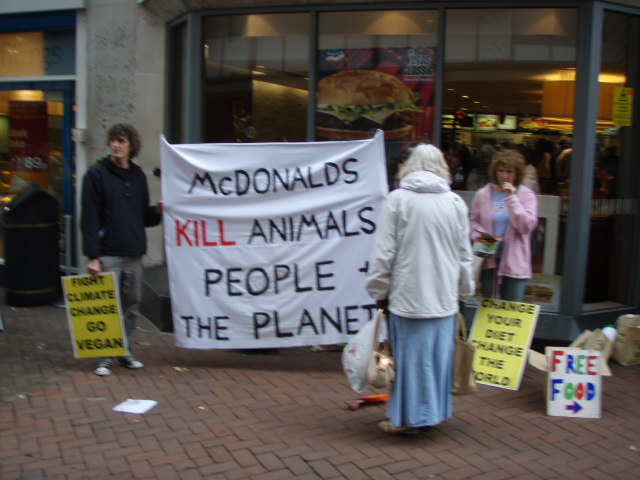 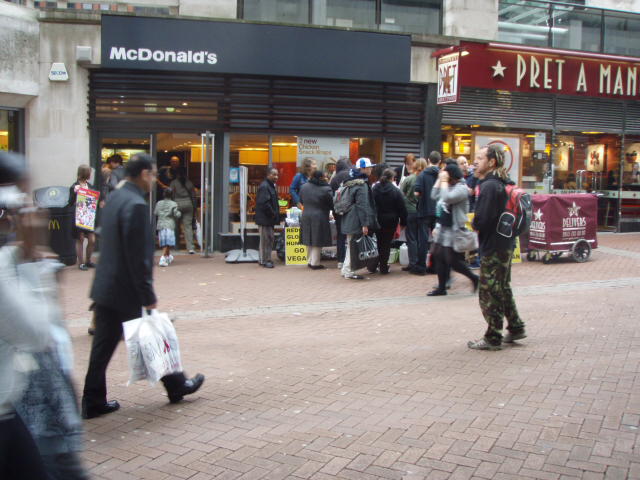 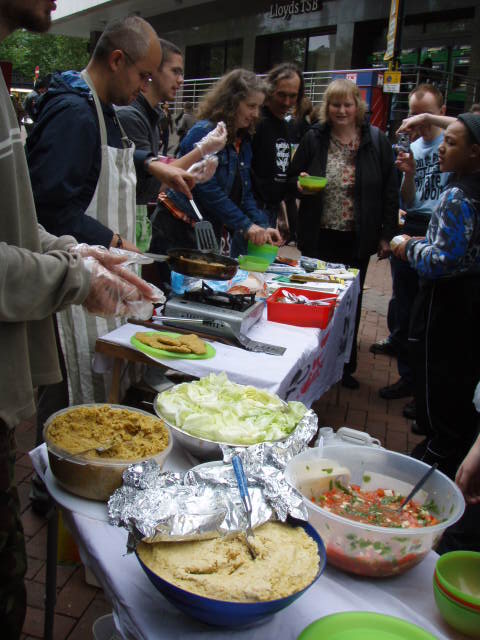 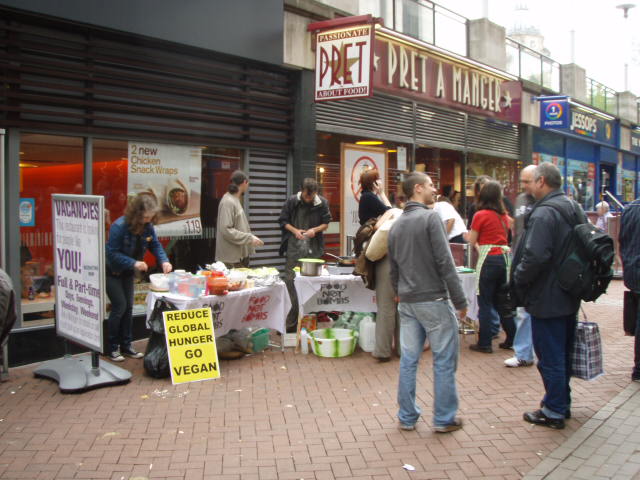 We set up directly in front of the McDonalds and Pret a Manger (which is
owned by McD) on Cherry Street, Birmingham City Centre, serving "fast
food" in the form of cooked-on-the-spot veggie burgers (with home-made
vegan mayonnaise and chunky tomato salsa), as well as the traditional Food
Not Bombs curry and cakes.

The serving was a resounding success, with FnB getting through
approximately 200 veggie burgers and several large groups of young people
who had been going into McDonalds persuaded to turn them down in favour of
free vegan food instead. Public reaction was overwhelmingly positive,
everyone from homeless people to students and shoppers queueing up and
small children even taking salad!

Information was given out about MCDonalds's exploitation of workers, its
destructive impact on the environment and about the connections between
food politics and wider issues such as homelessness, poverty and war, as
well as information about vegan alternatives including flyers for the
upcoming Free Vegan Food Fair in Kings Heath on Saturday November 10th.

All in all an extremely enjoyable, inspiring and satisfying day...

For more info and to get involved contact:
Food not Bombs:

Another report from the day of action 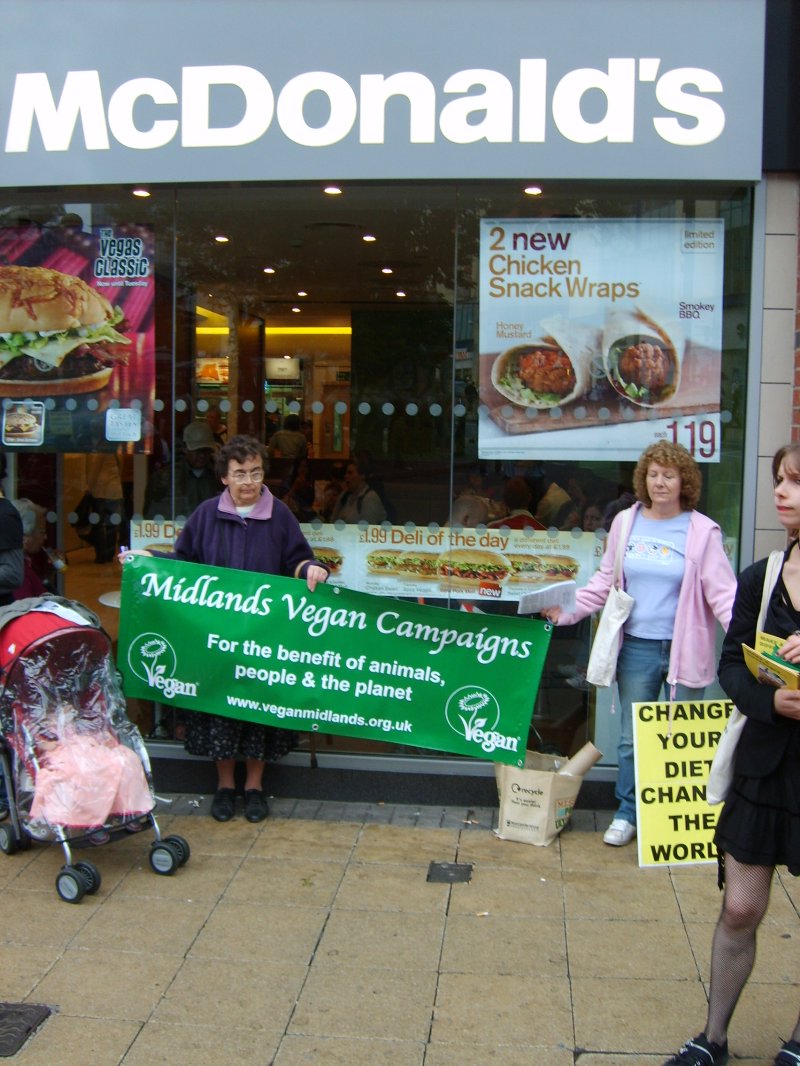 The McDonald`s Day of Action began at 11am outside the McDeath store on The Pallasades ramp, with MVC displaying our banners & distributing hundreds of leaflets. Then we visited 2 more stores in the city centre before meeting up with FnB at 1pm outside the Cherry Street store. Read a full report with many more photos on our website

We were delighted to work with FnB for this event and look forward to more teamwork in the future!! FnB will have a stall at our free food fair in Kings Heath on Sat 10th Nov, for further details, see