Imagine a country where someone gets killed by the police every week [1]. At the same time, at least 10 more people die an untimely death in state custody [2]. Week after week, month after month, decade after decade. And not a single copper, goaler or doctor sentenced. Not even for unlawful killing, neglicence or anything. Not once [3]. 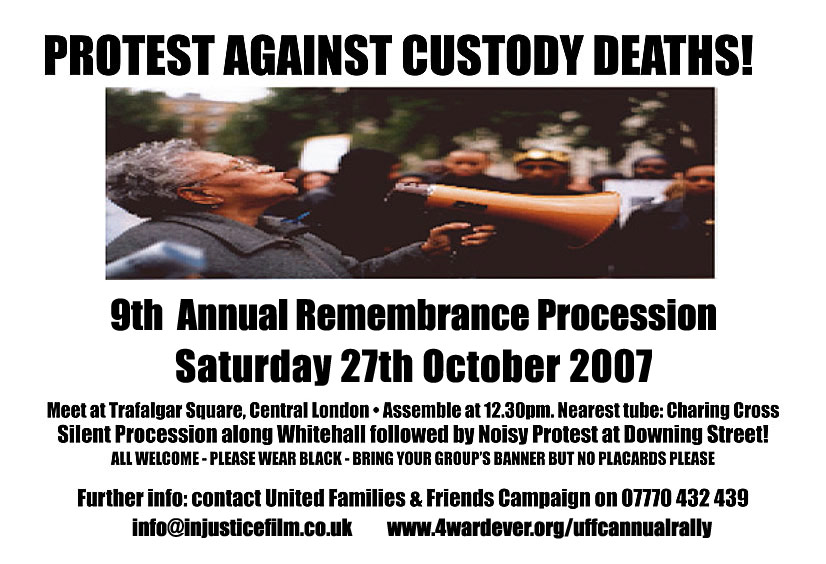 On top, since more of the victims were poor, living in bad areas or just black, pretty nobody gave a flying fuck anyway. Year after year, the bereaved gathered for a silent procession followed by noisy protest in front of the prime minister's offices [4]. Since every year there were more bereaved than the year before, the protests kept on growing.

However, as usual no one else came ...

The UK has probably the grimmest death in custody toll of all Europe. According to official figures, every year about 600 people die in state custody. And everytime, afterwards, the bereaved just getting fucked over again.

http://inquest.gn.apc.org/data_deaths_in_police_custody.html Official figures. However, the total count per year you have to add yourself ...
[2]