"Dignity Not Detention" March on Lindholme

The "Dignity Not Detention" 3 day march on Lindholme started on Friday 26th October with a demonstration outside the Home Office in Sheffield, and a march, via the Town Hall [photos] to Ellesmere Green, Burngreave [photos]. They stayed the night in Rotherham and spent Saturday marching to Doncaster. On Sunday 28th the march arrived at Lindholme where about 70 people demonstrated solidarity with detainees and called for the centre to be shut down. 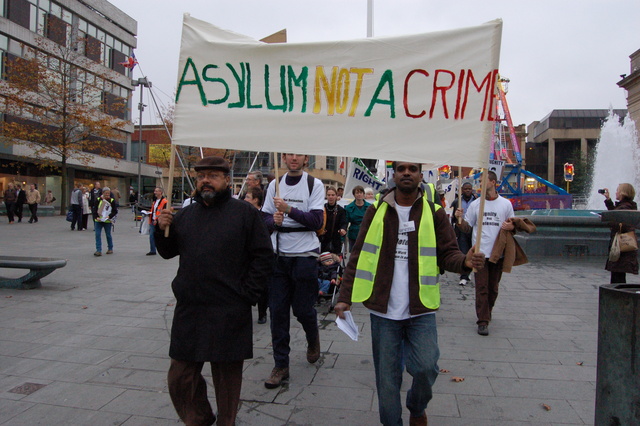