In a slightly weird, but entertaining, "People and Parliament against Trident" protest over a thousand marched from the Scottish Parliament to Princes Street Gardens. Though it was unclear whom the lovingly hippy-esque, socialising parade addressed its opposition to, it was good fun and meaninglessly co-incided with the "We love the NHS" demonstration in London. 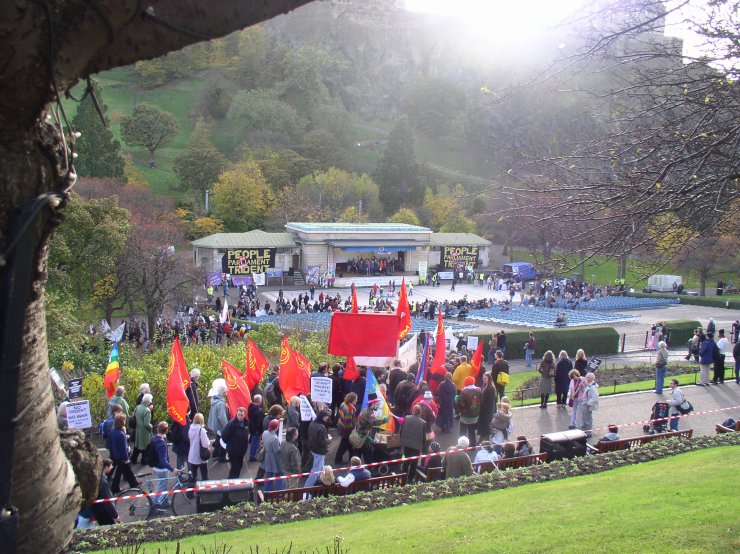 The coalition "Scotland for Peace" organised the march and the rally, featuring numerous parliamentarians and politicians:

A lot of grassroot groups were present, from various Scottish Green Party local groups to CND to SACC and few individuals of Solidarity and also a UNISON banner was spotted. And a little group to legalise Cannabis also joined. There was a lot of diversity, which was also symbolised by a wide variety of DIY posters.

Interesting was the absence of the SSP, which seems to have lately disintegrated a bit, and the joyfull over-exitement of the policemen and -women guarding the march, who even brought their FIT team along filming.

Otherwise it was a pretty uneventful little walk with a few clowns and apples and a lot of socialising with people that haven't been seeing each other for a long time.

It occured to me, that we should have a demo every half year just to socialise with people we haven't seen in a while to have a chat and a little walk around town, if just for health reasons...
Also we probably need to organise now our marches and demos ourselves because the Socialist Party types seemed to have lately gone of it, with their defeat in parliament sending them into a bit of a political coma.

The journalists were also very happy to have a nice demonstration to report on, as the last one seemed to have been quite a long time ago.

Stop The War Coalition School Students against the War 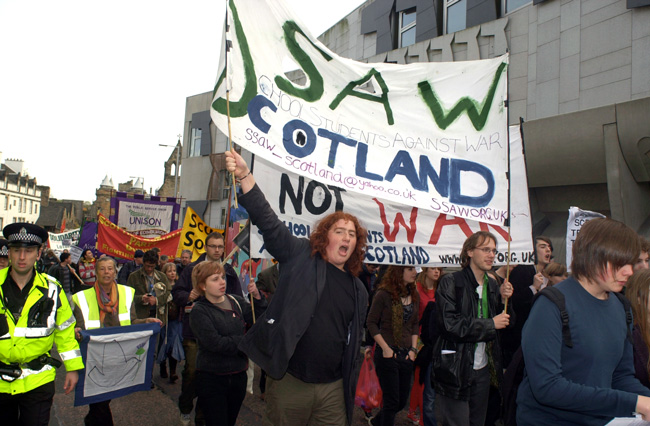 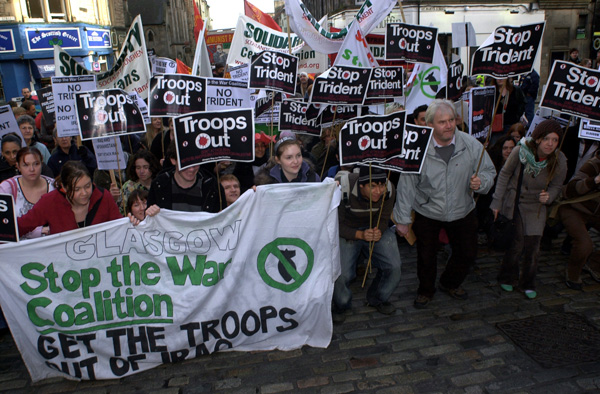 There was a lively contingent from Stop the War and School Students against the War on the demonstration.