University of Birmingham students from the People & Planet Society continued their campaign to kick BAE Systems off campus today by disrupting a recruitment presentation by BAE staff. 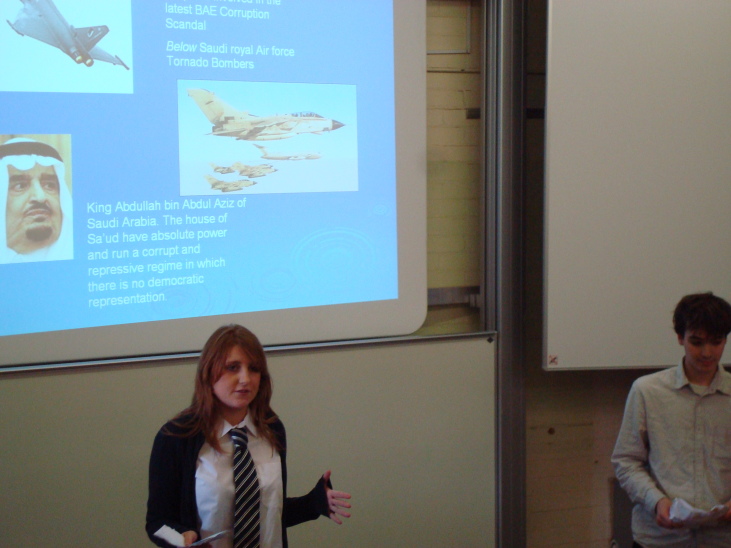 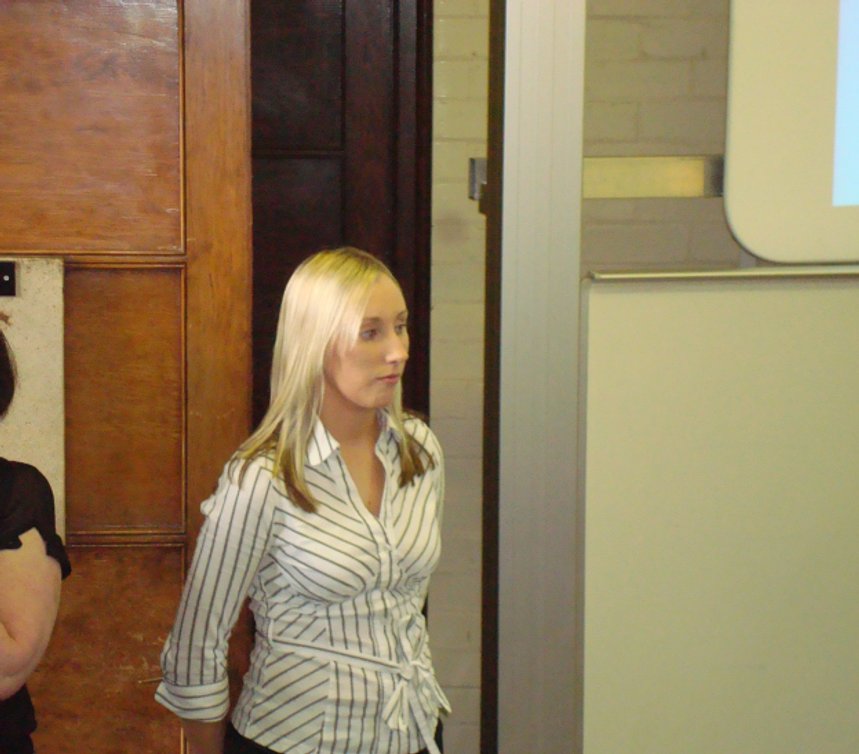 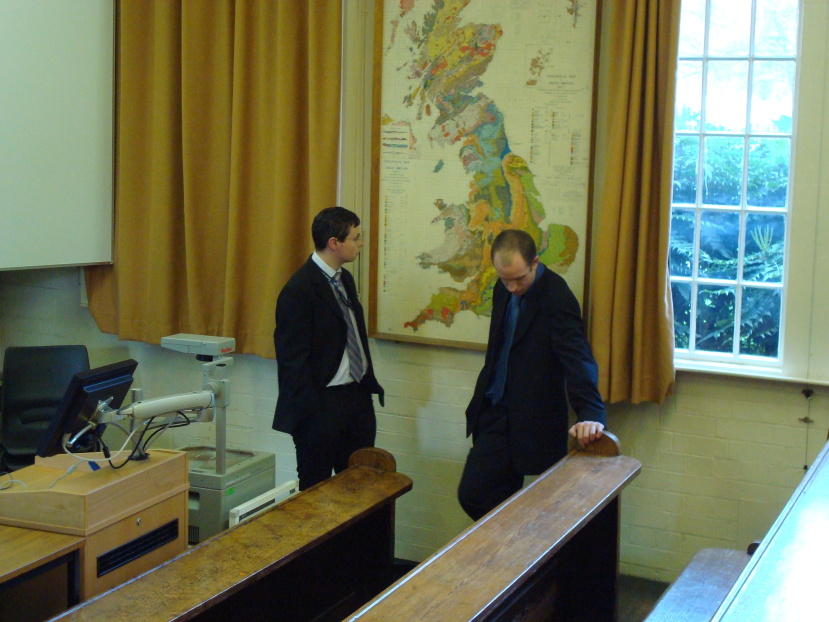 At 2pm over 10 students entered the WG12 Lecture Theatre in the Aston Webb building, where the presentation was being held, and gained access to the lectern to give a brief presentation on BAE Systems complicity in corruption and human rights abuses around the world. The students then remained in the room to hear BAE Systems' own presentation and to ask questions at the end. BAE Systems' staff struggled to reply to attacks on their companies and their own complicity in the numerous reported instances of corruption, including the Saudi Arabia Al Yamamah arms deal and their involvement with oppressive regimes and serial human rights abusers, including Chile, Saudi Arabia, and Indonesia. BAE treated most of these allegations with contempt, once dismissing them as 'philosophical' during questions.

http://www.indymedia.org.uk/en/regions/birmingham/2007/10/384355.html), where students dressed as weapons inspectors cordoned off the BAE Systems' stall to 'gather evidence'. It also comes amongst a series of similar protests at other universities, including Lancaster (

Students at the University of Birmingham will continue their campaign with a public demonstration, organised by the University of Birmingham Bust the War Society, at the Science and Technology Careers Fair on Wednesday 7th November and will join students from Warwick at the Warwick University Engineering and Technology Fair on Thursday 8th November to take part in “A day of action against the arms trade". These events take place as part of a 'month of action' against the company by Campaign Against the Arms Trade (

Birmingham student protester Mark Wandsworth said that:
“These recent demonstrations, both at Birmingham and around the country, against BAE Systems indicate renewed awareness of the increasing levels at which these companies are represented on university campuses over more socially beneficial sectors. People should be worried that skilled graduates are being lured into the defence industries by high salaries, from huge profits generated by perpetuating conflict, and slick PR machines, which act so as to obscure and distort the serious moral and ethical issues of working for an arms company. More attention also needs to be given to their presence in university research, where public money is being used to subsidise research partnerships with these companies which could be much better spent in areas which promote the preservation of human life over its destruction.” 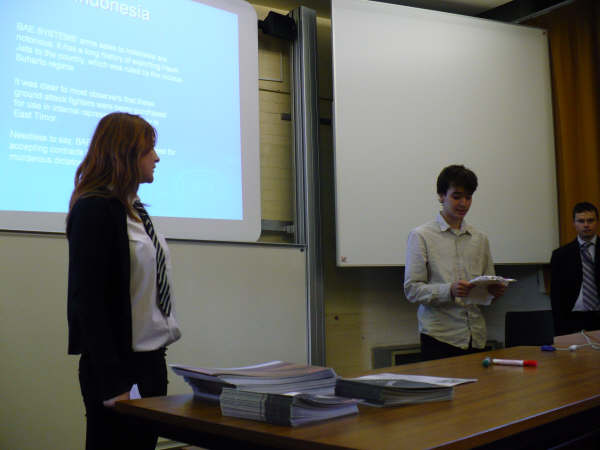