The crisis of the planet Earth is so profound that all of our lives will be caught up in it. 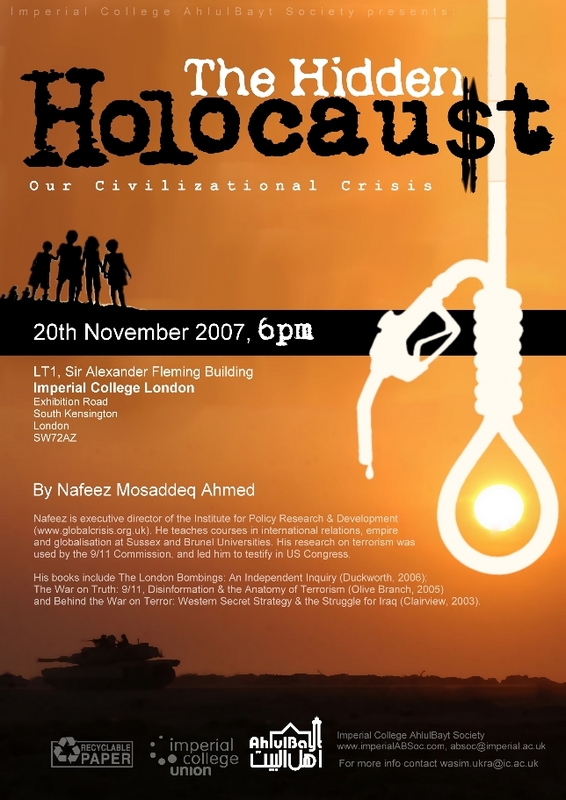 Our lives will change because of it.

Our lives will change because of the cataclysmic events happening now and the even greater dislocations to come.

The global crises faced by industrial civilization are rooted in the heart of the international imperialist system.

Are you concerned by these alarming trends? Are they unavoidable? Or can we exercise awareness and skill to deal with them?

Nafeez will discuss the global political economy, ideology, culture and value-system underlying these crises. He will bring together key developments in science, philosophy, and economics, along with groundbreaking activism from the global social justice movement, to show not only that "another world is possible", but that it's already in the making.