Campaigners challenging the reopening of Ding Quarry are investigating the ecological importance of Rooley Moor.
To some it appears a bleak, perhaps barren hinterland. However, there is far more to this area of the South Pennines than meets the eye: 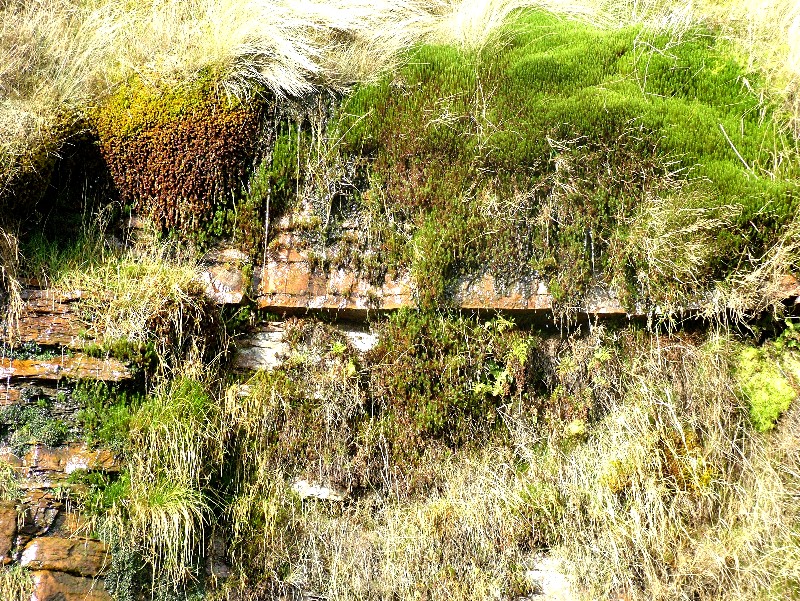 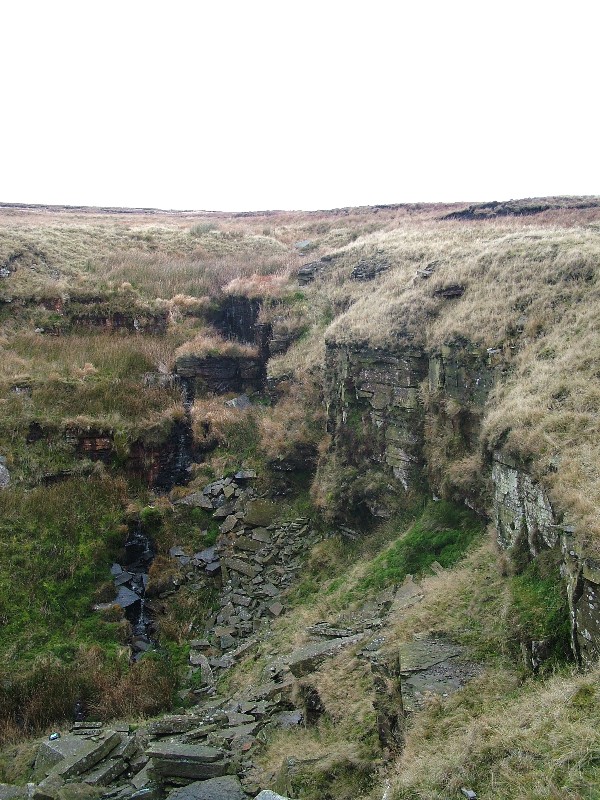 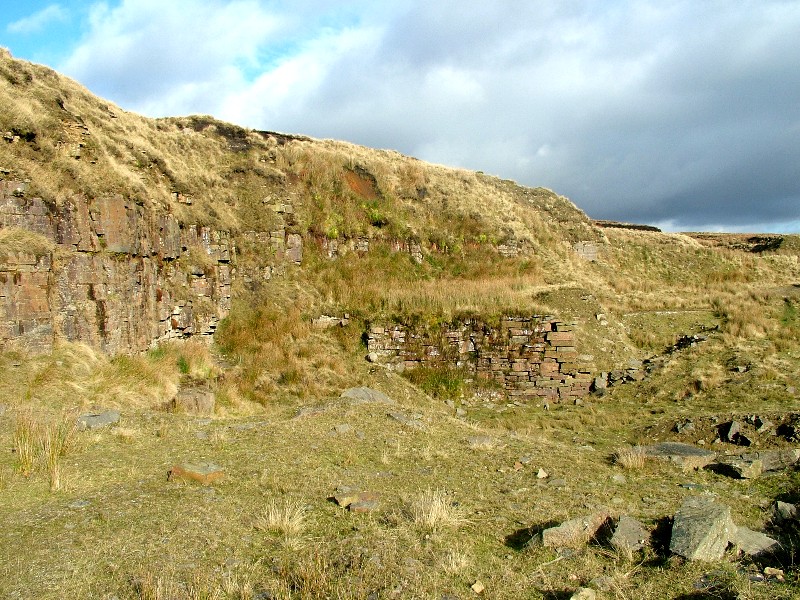 The whole area surrounding Ding is Greenbelt and designated in Rochdale’s Unitary Development Plan as a Site of Ecological Importance.
What does this mean in reality? To illustrate these impressive terms are a few examples and photographs supplied by local researchers and campaigners:

Blanket Bog:
The Ding area of Rooley Moor contains peat with a depth in excess of 50 cm. This is classified as ‘Blanket Bog’ – as listed in Annex 1 of the EC Habitats and Species Directive. What appears to some as “just a bit of rough ground” may actually merit international conservation status.
In addition, blanket bog is a carbon sink that can absorb and retain more carbon dioxide than woodland. If the moor’s fragile hydrology is disturbed the peat can dry out. A number of streams run through and under the Ding planning application area.

In 2003 Rochdale Council was pressured by Chester-based solicitors to declare the stone setts and bridleway of Rooley Moor Rd an “Ancient Highway”. Such a quaint title may give the impression of historic legal status. It doesn’t. Quite the contrary- in fact this legal ruse under the Highways Act stripped the Cotton Famine road of some protection: As a highway, Rochdale Council became legally responsible for its upkeep and certain provisions under the Wildlife and Countryside Act became more difficult to enforce. Motorised vehicles had a re-established right to the highway. The planning application specifically cites this route in its desire to transport up to 750,000 tonnes of stone a year for the next 30 years.

In their Environmental Statement, the applicants describe Rooley Moor as frequented by motorbike riders and four wheel drive vehicles. Perhaps in an attempt to undermine the conservation value of this Pennine habitat there are references to the scarring of the delicate peat moorland by anti-social behaviour. Yet the legal loophole in 2003 that allowed motorised vehicles back onto to the Cotton Famine road may have encouraged more damage to some of the blanket bog habitat.

In urban areas, crime, vandalism and blight often benefit property speculators. The reopening of the moorland tracks to motorised vehicles may have a similar foreseeable consequence. The law can be applied to halt this damage but it requires a will to do so and resources to enforce it.


Habitat:
The grasslands surrounding Ding are varied with distinctions that may be missed by the untrained eye. Perhaps we don’t value enough what is on our doorstep. Take Purple Moor Grass for instance – only seen in 2% of Greater Manchester. Rochdale accounts for about 60% of this scarce total.
The area within the disused quarry is considered an optimum breeding area for endangered birds with ‘Red List’ designations. These include Skylark and Meadow Pipit. The wider Ding area has great habitat value for further species with a high conservation importance including: Golden Plover, Curlew, Red Grouse and Dunlin.

Pennine Prospects:
“Pennine Prospects” is a body formed in 2005 to support the regeneration of the South Pennines- an area that includes Rooley Moor and the proposed Ding Quarry site. Its focus includes protecting the built, natural and cultural heritage for the benefit of the area’s residents and visitors.

In published comments that have relevance to Ding, Pennine Prospects conclude:
“…old quarry sites have also provided new habitats, as they are slowly colonized by a range of vegetation and used by peregrine falcons and bat as nesting sites.”

It appears that the moors above Rochdale could be an amenity, habitat and asset more valuable to the wider community than the cash gained for a few individuals from quarrying.

Say NO to Ding Quarry

I bet 99% of Rochdale's population has never been on the road. I have many times, on my mountain bike, and it is always deserted. There are some nice houses near the bottom of the road. I bet that's where many of the nimbys live. Quarries have to be somewhere. I expect the campaigners would prefer them on brownfield sites in our cities as I expect that other nimby organisation for posh people, the CPRE would.

What an ambassador for his sport. Simon obviously rides his bike with his eyes down watching his feet so he has never noticed the landscape. I live close to the moor, use it often and see many other users enjoying themselves on foot, horse and cycle. His comment is typically rich urban selfish cyclist.

Cyclists, typically middle class suburban males with the money to move on and despoil other landscapes with their garish nylons are in no position to complain of NIMBY residents.