"What is Choice?" A report from Pro Choice Oxford

On Saturday 10th November, the Pro Choice Oxford group held a one day conference asking: "What is Choice?". It featured: a talk from the Abortion Rights campaign group, a discussion on 'sexuality on display' by a pole dancer, a self-defence taster session, scrumptious vegan food, and a debate led by the wonderfully outspoken Kat Stark, NUS Women's Officer. 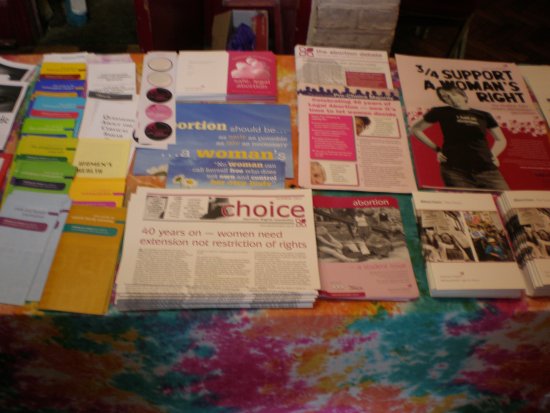 The stall, jam-packed with information! 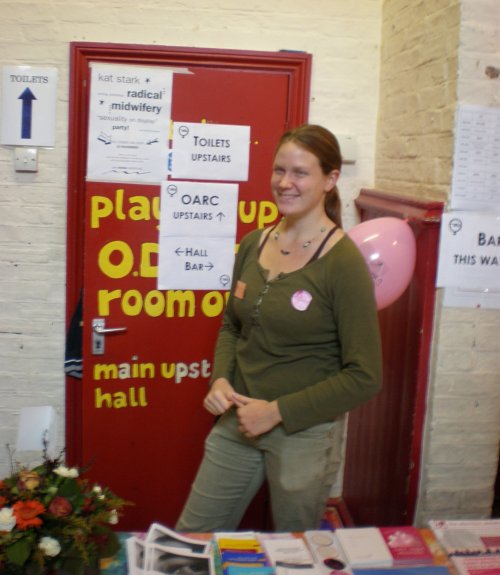 Friendly person on the stall (tasty biscuits out of shot!) 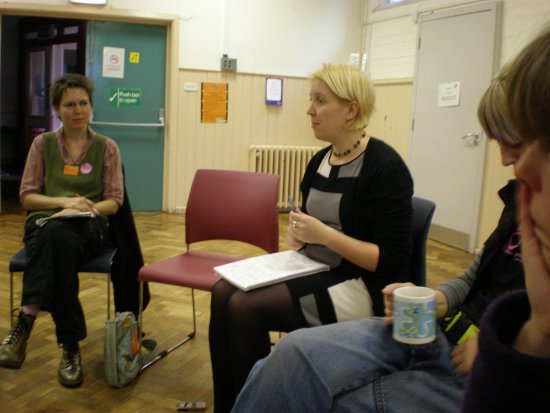 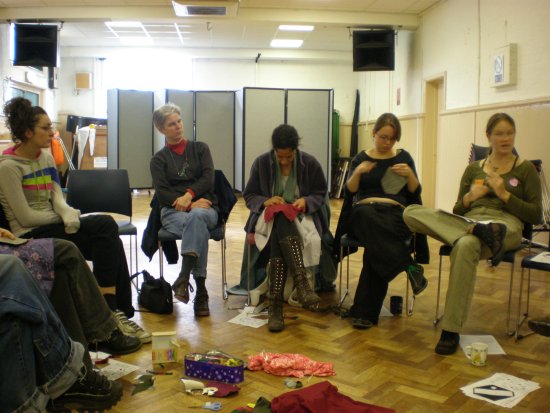 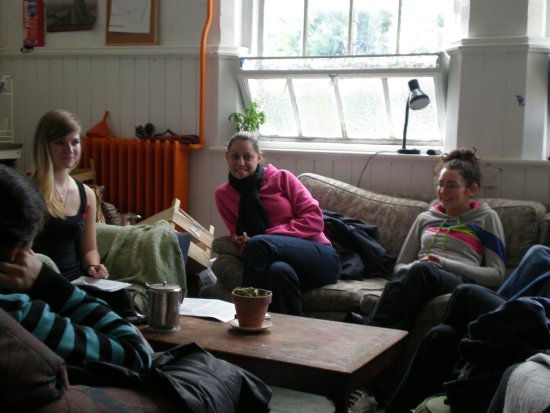 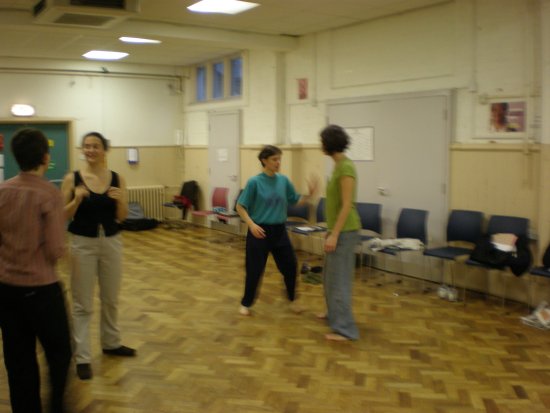 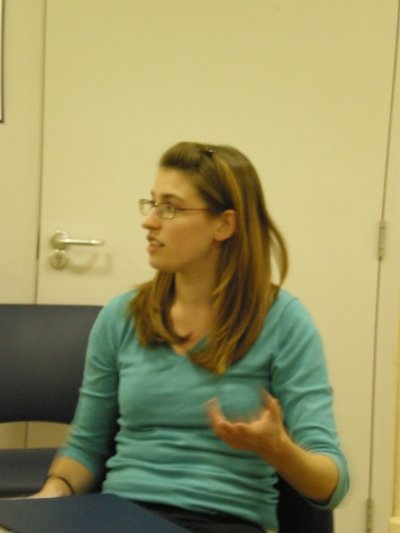 Although only 5 months old, the idea for a conference on pro-choice came out of an early discussion held by the group back in June. We first thought of holding a series of 'free schools' but decided that the word "school" might put people off, and that the ideas we had would fill an entire day! We held a day long conference which was open to all and free to boot!

Here were some high-lights from the day:
* Antonia Bance, representing Abortion Rights, introduced Abortion Rights and the legal situation in the UK.
* Carolina and Clare talked about US activism and the global picture respectively whilst participants beavered away making sanitary pads.
* Chloe debated pole-dancing and representations of women.
* Marie Walsh, part of the National Women's Self Defence Association (

http://www.nwsda.org.uk), ran a self-defence taster session.
* To wind down, after the conference, several people went up to the Oxford Action Resource Centre to watch Vera Drake and drink rooibush brandy chai.

At its peak, over 20 people attended the conference held at the East Oxford Community Centre. Hopefully, next time more people will come! We've lots of ideas for future talks and events - including a debate on fathers' rights. We're non-heirarchally organised, open to new ideas, and new people are more than welcome to join in to plan talks, events, meetings, socials and more. :)

We'll be writing a critique on how we thought the day went, and putting transcripts and recordings on the website (

http://prochoiceoxford.org). This is for anyone who fancies doing something similar. We're hoping that this information could be helpful to other grassroots pro choice groups.