PRESS RELEASE
Thursday, November 15, 2007
By the family of Paul Coker 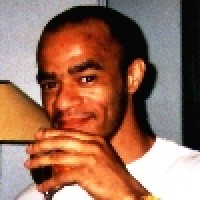 Paul Coker (victim of the system)

"The CPS decision not to prosecute the police officers or anyone else involved in the death of Paul Coker only confirms our lack of confidence in the criminal justice system combined with the feeling of a deep sense of betrayal by the State.

Paul was born on 9 July 1973 at St Nicholas Hospital in Plumstead. He was the treasure and joy of our family. He grew to be a handsome, intelligent, caring and courageous son.

On 6 August 2005 16 police officers were called to his girlfriend¹s home where he was arrested. Less than two hours later he had died alone in a cell at Plumstead Police Station. He was 32 years old.

Paul¹s death was preventable, when the police arrived he was a medical emergency. This was obvious. He should have been taken directly to hospital rather than to the police station. Had this happened his life may well have been saved.

The CPS decision not to prosecute anyone in respect of Paul¹s death is a decision that will not be accepted by the family. We are now taking legal advice as to our options and the steps we should take next.

There will be an inquest when a jury will decide how Paul died and why. At this inquest we, as a family, will do everything to ensure that the truth emerges and that those involved with Paul¹s death account for what they did.

In the meantime, the CPS decision not to prosecute anyone is another example of the failure to properly hold to account those who may have been responsible for a death in custody. This is not justice. Without struggle there will be no justice. Our family has now become part of that struggle.

In the words of one of Paul¹s poems, "Time is the master"