Pictures from the London Memorial Rally in Jubilee Gardens, 24 Nov 2007, organised by Antifa Britain with the Anarchist Federation - IFA. 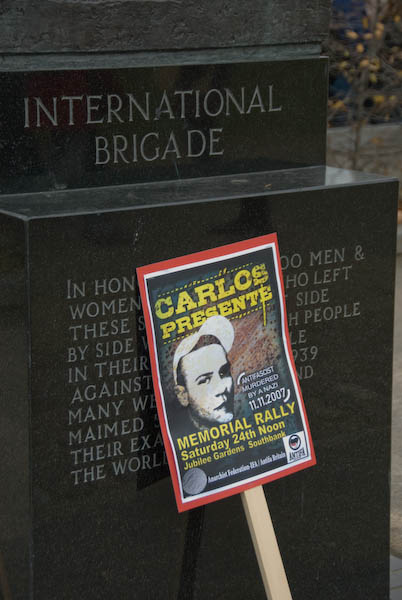 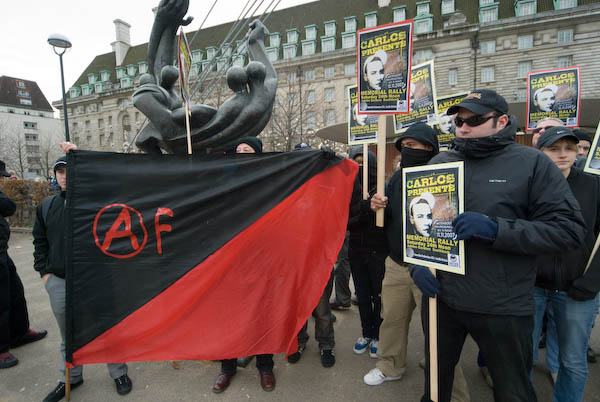 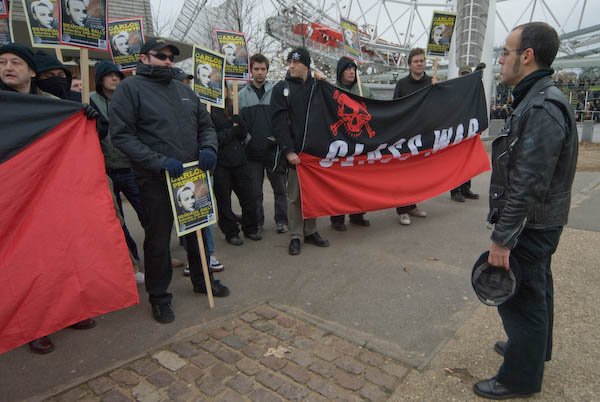 Some pictures to go with the report of this event.

Demonstrations in Madrid and Barcelona

Once again, around 2000 people took to the streets in Madrid to remember Carlos. A demonstration left the Lavapies barrio to march towards the underground station of Legazpi, where the antifastcist activist Carlos Palomino was murdered by a fascist two weeks ago.

Large numbers of riot police were present with a very provocative atitude right from the start. Police charged repeatedly the demonstration. People resisted the charges and managed to make it to the planned destination of the demonstration, where activists put a remembrance plaque in the building facing the tube station. The plaque reads: ""Here is where Carlos Javier Palomino was murdered on 11.11.2007 whilst fighting against racism and fascism. Carlos brother, we don't forget. The best homage, to continue the struggle".

For a detailed timeline of events in Spanish see:

At the same time, another antifascist demonstration also took place in Barcelona where around 800 people took to the streets of Gracia barrio, to stop a planned fascist event in a bookshop nearby.