Actions were taking place at Total Oil garages around the country on Saturday 24 Nov, demanding that TOTAL Oil, the fourth largest oil company of the world, described by Aung San Suu Kyi as "the biggest supporter of the military regime in Burma," pull out of Burma. 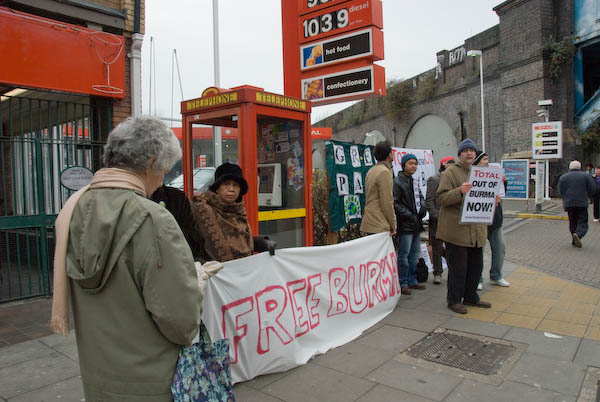 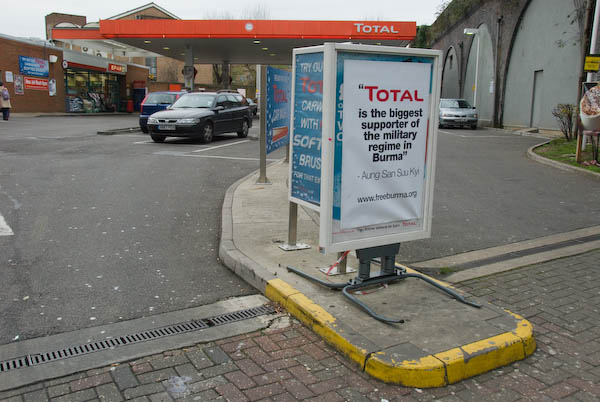 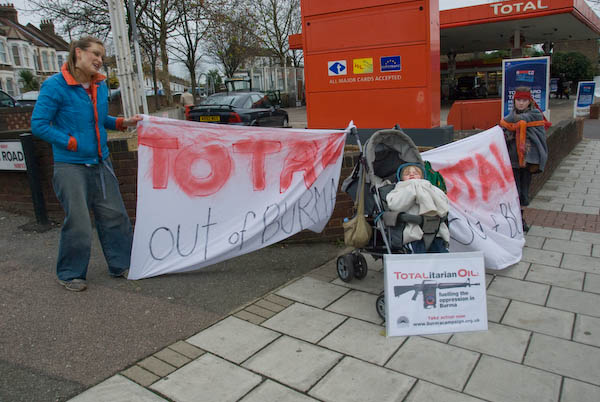 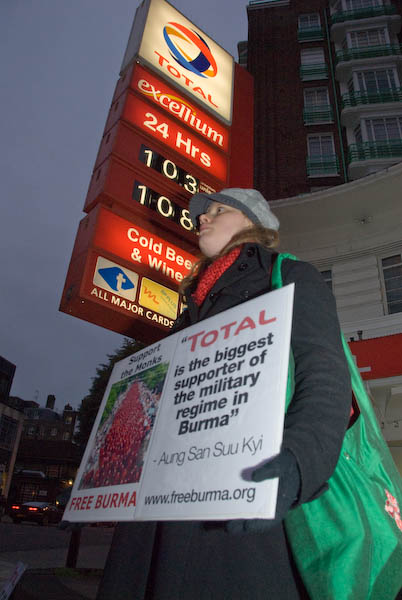 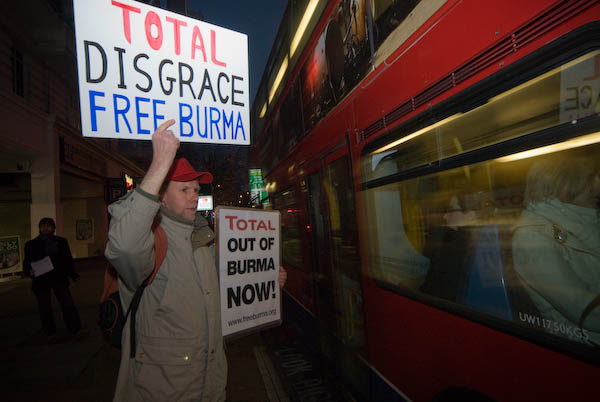 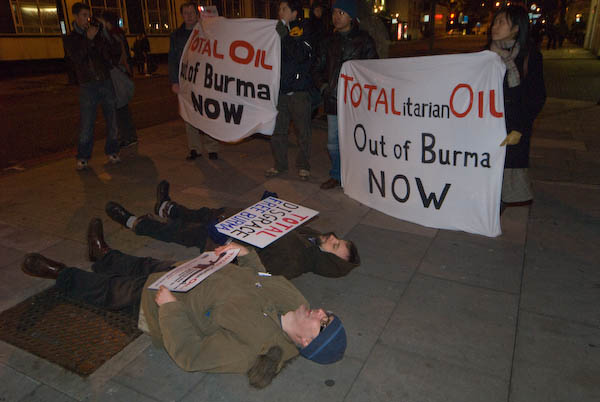 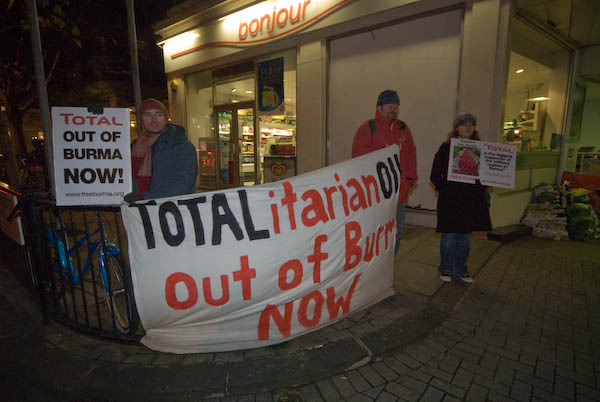 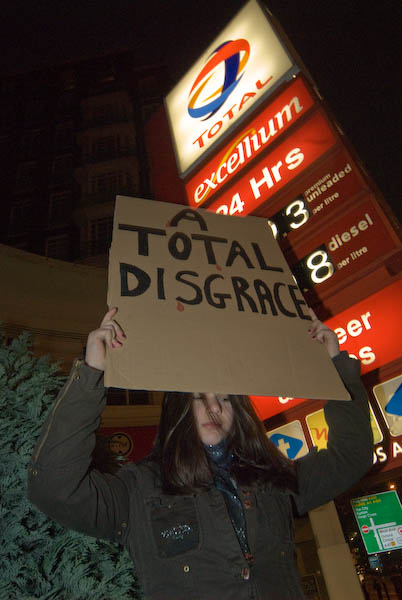 With actions taking place at 11 Total garages in London alone, it's not surprising that numbers were rather low at some of them. I was able to photograph at 3 of the locations, Kilburn, Kensal Green and Baker St, between photographing other events.

Many of those walking past the demonstrations took leaflets and expressed support and passing motorists used their horns to show their approval.