School children are being fingerprinted without parental knowledge!

Many parents aren't even aware that their children have been fingerprinted at school. Some find out by chance, sometimes years later. If you're a parent, we strongly recommend you ask your children if it's happened to them. You may be shocked by what you discover. 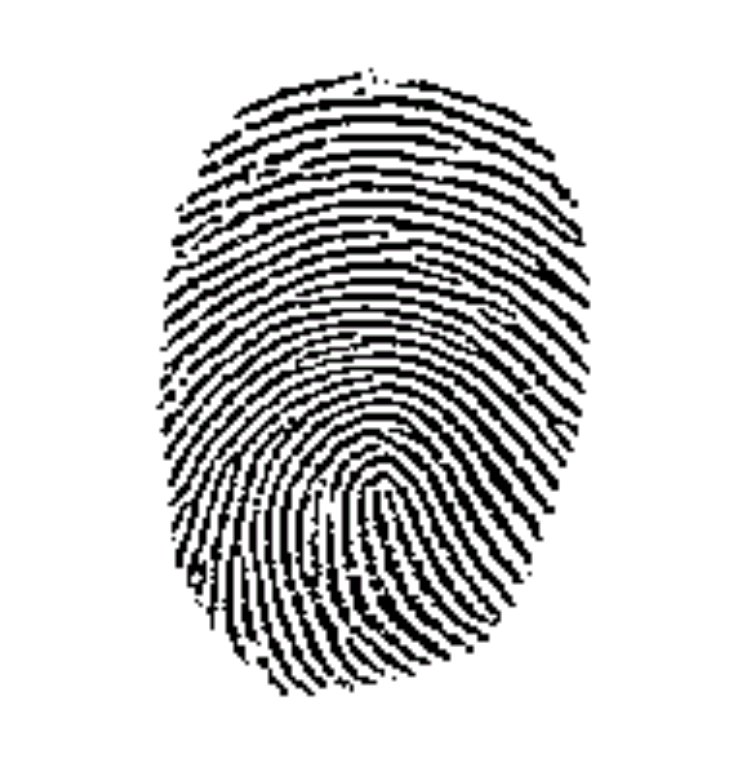 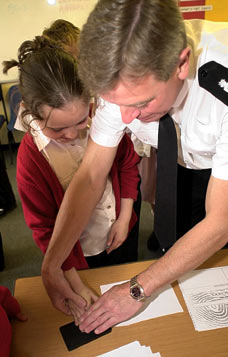 Protect your children from this abuse of their rights!

We're just a group of ordinary parents and citizens aiming to stop schools from fingerprinting our children without asking us, and in many cases without even having the courtesy to inform us. Since 2002 when this disgraceful practice started, neither the DfES nor the Information Commissioner have made any attempt to intervene. Indeed, the DfES have made it easy for schools to obtain the necessary funding.

Mistakes with fingerprinting have already been made and people’s lives wrecked!

Shirley McKie is a former Scottish police officer. Experts from the Scottish Criminal Record Office (SCRO) accused DC McKie of leaving her thumb print on the bathroom door frame of a murder crime-scene on January 14, 1997. But she denied ever having been inside the house in Kilmarnock of murder victim Marion Ross, whose body was discovered on January 8, 1997. In March 1998, DC McKie was arrested in a dawn raid and charged with perjury. However, in May 1999, the Scottish High Court of Justiciary rejected the SCRO's fingerprint evidence and McKie was unanimously found not guilty of perjury. McKie sued her employers regarding the manner in which she was arrested but, in February 2003, lost the case against Strathclyde Police and faced a legal bill of £13,000. McKie faced bankruptcy as a result, and she had to be treated for depression.

Brandon Mayfield, a Portland lawyer held for two weeks as a suspect in the Madrid train bombings in 2004. FBI investigators matched prints at the scene to Mayfield, and an independent examiner verified the match. But Spanish National Police examiners insisted the prints did not match Mayfield and eventually identified another man who matched the prints. - The FBI acknowledged the error and Mayfield was released.

David Atkinson, a student found himself at his local police station under suspicion of stealing Christmas cards he last saw when he put them in a postbox five years ago. Due to fingerprints found on the mail – which was stolen then recovered – police thought they had their man. However, it transpired the "suspect's" fingerprints were those of the student who had innocently sent the cards to relatives when he was 15. The battling student has been told his DNA samples will now be removed from the police national computer.

1) Fingerprinting is being introduced in thousands of UK Primary Schools as part of a subsidised library package called Junior Librarian that they have purchased, encouraged by central government. New schools are joining the scheme at the rate of around 20 a week. To date, more than 3500 schools and nurseries (manufacturer's official figure, given to the Daily Mirror) have fingerprinted and photographed 3/4 million children, ranging in age from 3 to 11; impressionable, trusting and naive.

2) This is always done without explicit parental consent, and even in some cases, without parental knowledge. Schools strongly resist sending parents the opt-in consent slips that are used for just about everything else. Some parents only find out AFTERWARDS when they ask their children "what did you do at school today?"

3) The whole scheme may be illegal. And at least one Local Education Authority has already sent out guidelines to all its schools restricting the use of biometrics without express parental consent. But since governing bodies and headteachers have responsibility for many decisions on their school budgets, neither Ministers nor the Department for Education nor Local Education Authorities have any way of knowing just how many schools under their jurisdiction are fingerprinting the children in their care.

4) Schools are not nearly secure enough to perform biometric scans (airports and banks spend millions on their security). There is a real danger that children's fingerprints could be stolen, and this could affect them for the rest of their lives (eg for passports and bank accounts) since unlike a PIN number, a fingerprint cannot ever be changed.

5) Fingerprinting 5-year-olds without asking parents has become a multi-million pound business. Some of the companies involved in school biometrics use some very questionable sales techniques, and have close links with the US military and even the interrogators at Guantanamo Bay.

6) Data held on these systems is not protected by the Data Protection Act and may fall under the provisions of the Children Act 2004 which allows data on every child in the UK to be accessed and shared by a wide range of government officials including police, teachers, GPs and social workers, without parents' consent or even knowledge. Head Teachers have no power to overrule this, so any well-intentioned assurances they may give parents about data sharing are worthless. One system, Junior Librarian, "even has a report specifically designed for school inspections".

7) There is no hard evidence of any lasting educational benefit from fingerprinting children. Aside from anecdotal claims in manufacturers' glossy brochures, no independent research on this has ever been carried out. In addition, the manufacturers have admitted their systems work just as well without the biometric scanning, and some parents and teachers have claimed they even work better without.

8) As schools increasingly come to rely on biometric systems like Junior Librarian in their day to day management, they become ever more impersonal and anonymous, and vital teacher pupil interaction is lost.

9) Some experts claim that one side effect of fingerprinting small children, whether intentional or not, is to condition them to accept without question Big Brother-style biometric tracking in later life. And without wishing to seem alarmist, the last time young children were fingerprinted en masse without the express consent of their parents was during the Second World War.

10) The whole issue needs to be debated openly. Schools are very reluctant to do this. Many even try to cloud the issue by referring to "using your thumb", "fingertip registration", or "fingerswipe system" in a seemingly bizarre attempt to hide the fact that they are simply fingerprinting children without express consent. The police, who presumably know about these things, call the systems they use "fingerprint scanners", and use them to catch criminals.

IDENTITY CARDS:
People who get identity cards will have their fingerprints checked against those found at the scene of nearly a million unsolved crimes, former Prime minister, Tony Blair said in responding to a petition on the No 10 Downing Street website calling for the proposed introduction of ID cards to be scrapped, Mr Blair said the biometric recognition details, such as fingerprints, would be entered on a new National Identity Register.

Liverpool Defy-ID campaigns against the National Identity Register and introduction of ID Cards we meet twice monthly and can be contact through the News From Nowhere bookshop on Bold Street and through our Internet website: www.liverpool-defy-id.org.uk