Total Out of Burma, Brighton Action

As part of the November 24th day of action against Total Oil's involvement in the Burmese Junta, 15 Brighton based students and residents descend on the Total Oil garage in Kemp Town. 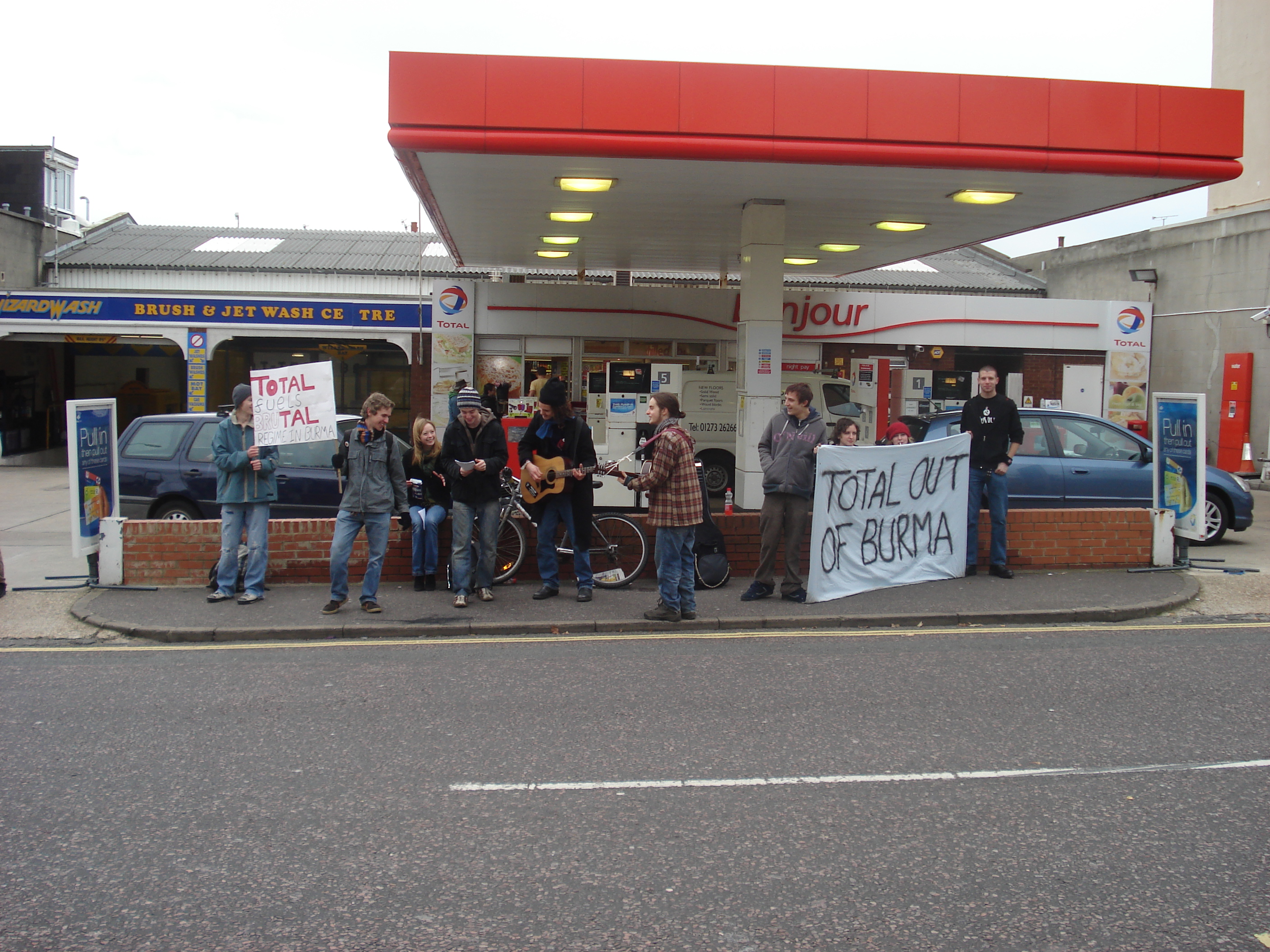 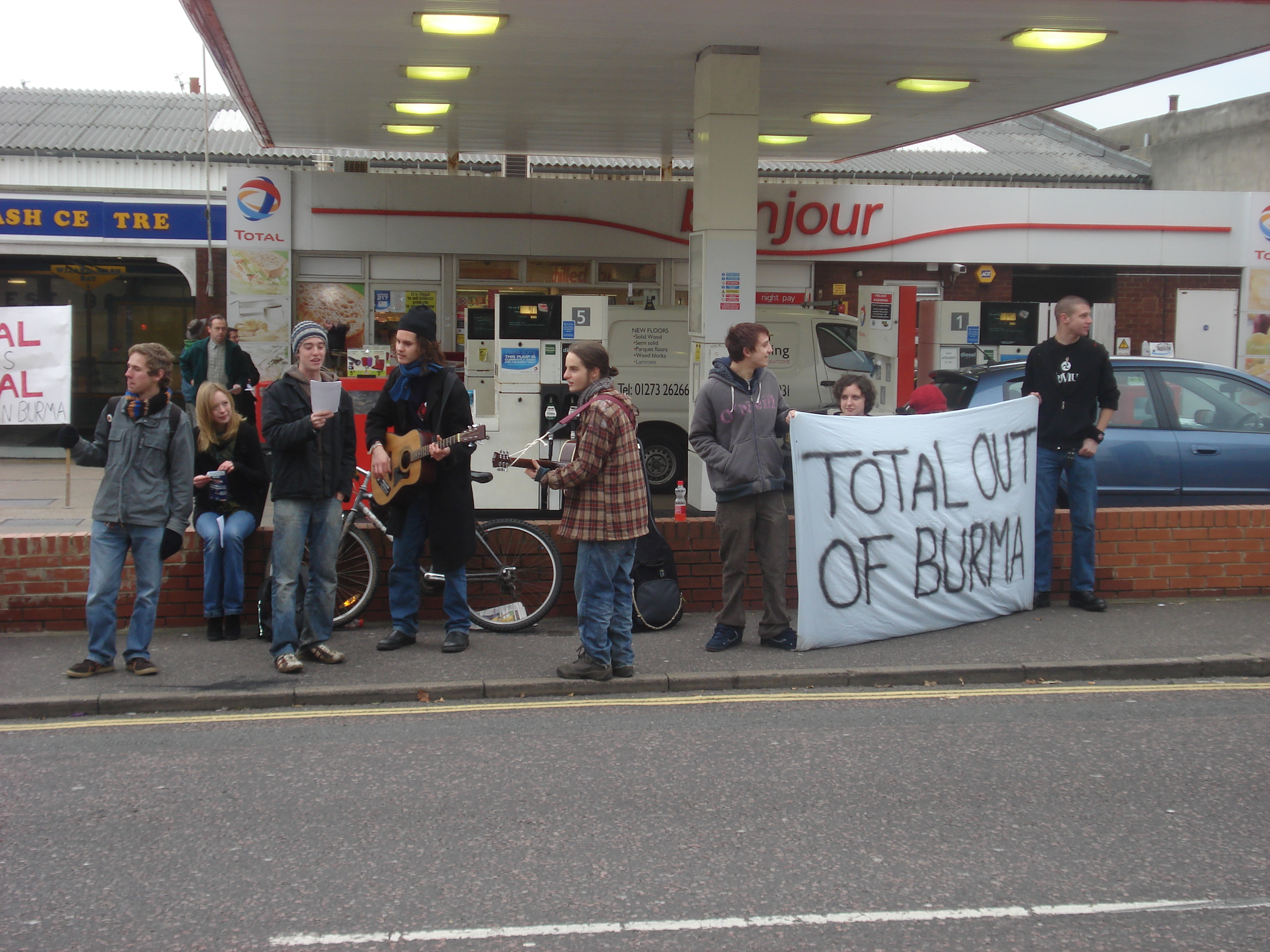 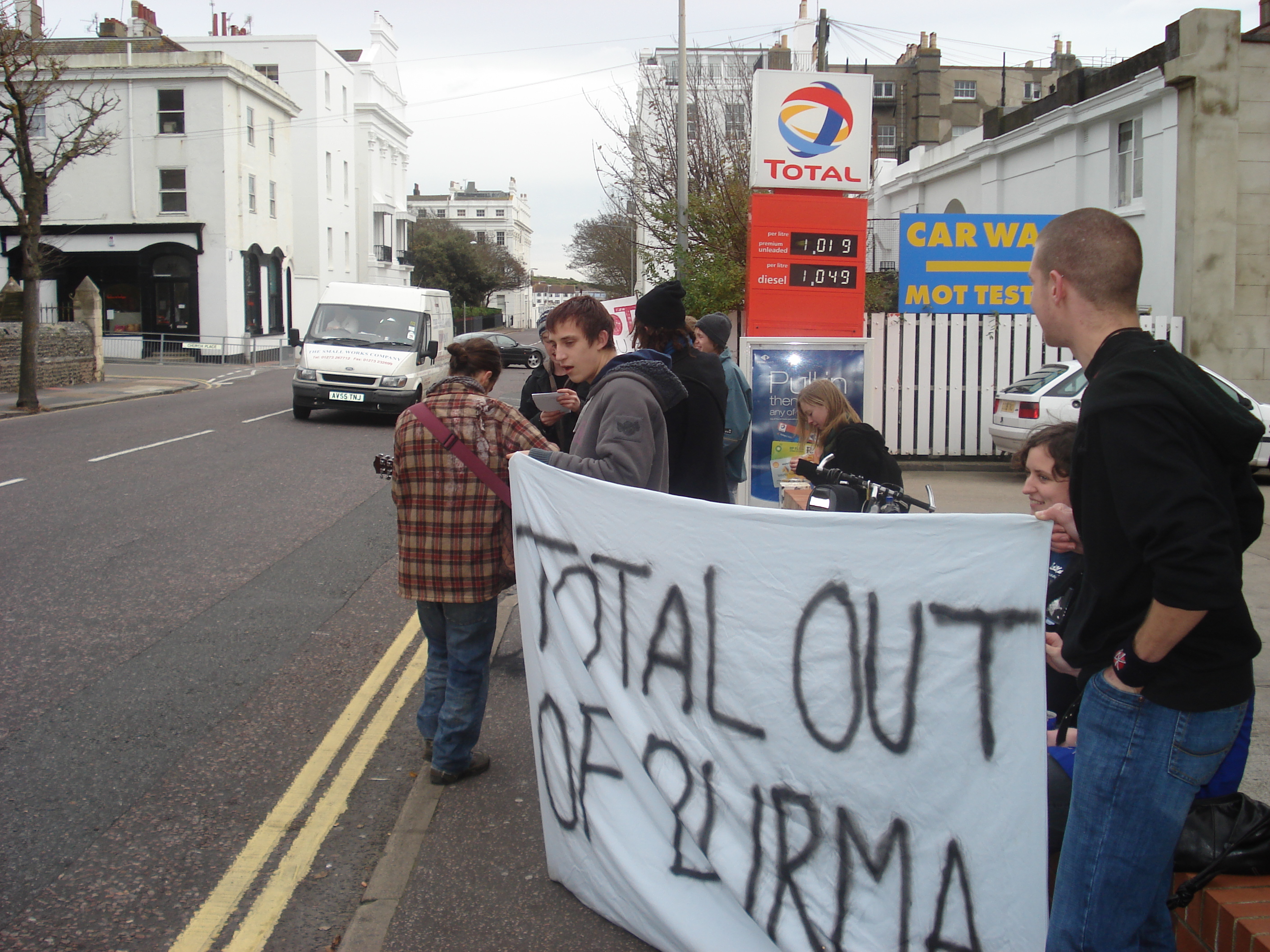 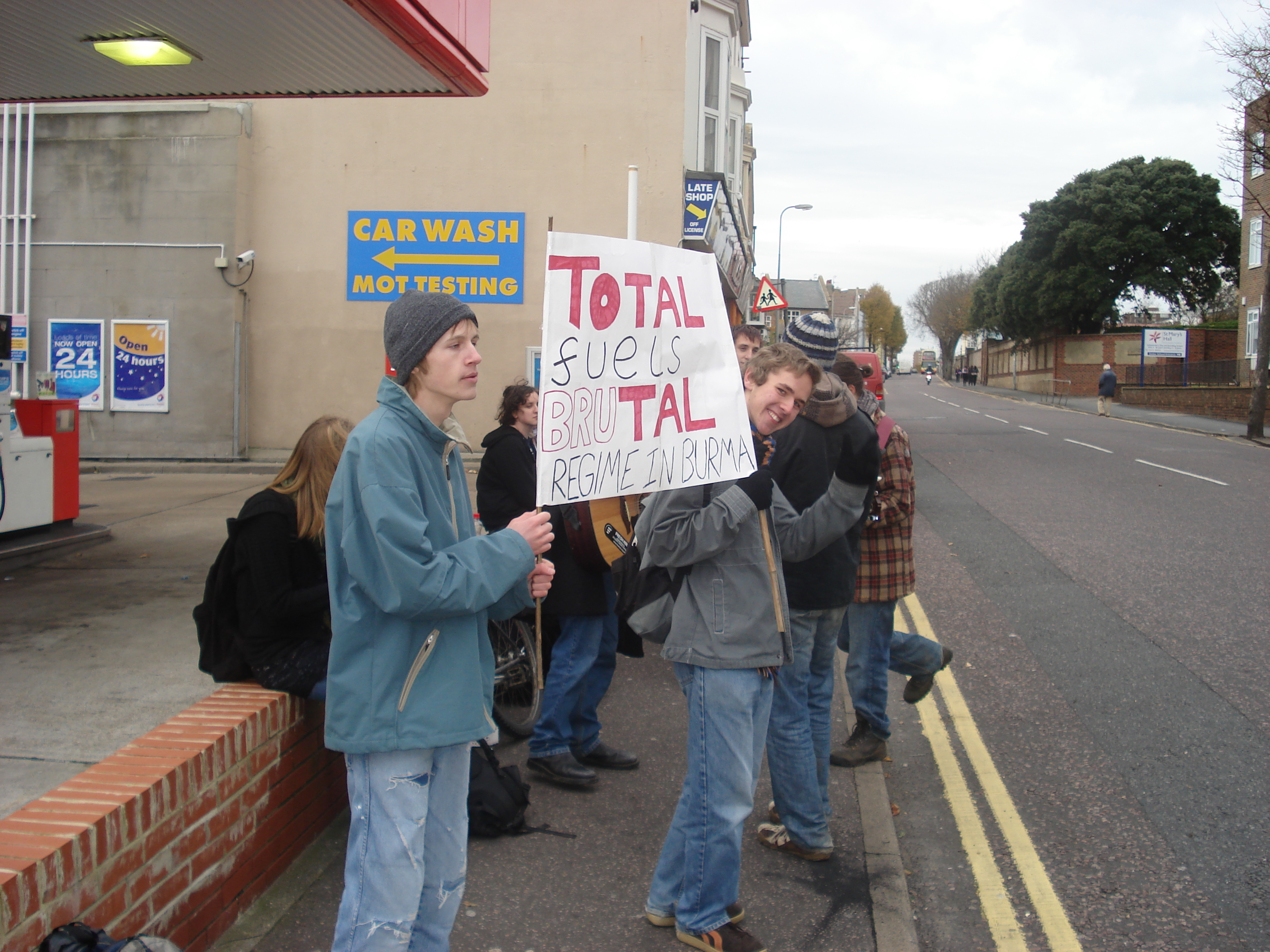 Despite the cold and shitty weather, Brighton's weekly TOTALitarian OIL pickets continue but with added emphasis due to it being the global day of action against Total. The numbers were swollen to more than double the pickets' normal size due to the presence of a group of local school students.

The group was issued a written legal warning from Total's lawyers stating that the actions of the protesters was "dangerous" and that Total did not "want to see anybody killed or injured as a result of the protest". Responses from the group that Total's involvement in Burma was already seeing people killed and injured were barely recognized. However, despite refusing to adhere to the restrictions on our protest demanded by Total (high-visibility jackets, advance warning of future demonstrations and staying off their 'private property') the manager failed to fulfill her threat of calling the police and the protesters stayed until it was deemed to freezing cold to stay any longer.

Join us in January (we're going home-terms over...) every Saturday morning at the bus stop outside the Pavilion at 11.30 or up at the garage in Kemp Town at 12.30.

Total Out Of Burma Brighton