EVERYONE GROUP: “WE ONLY HAVE A FEW HOURS TO SAVE MAKWAN’S LIFE” 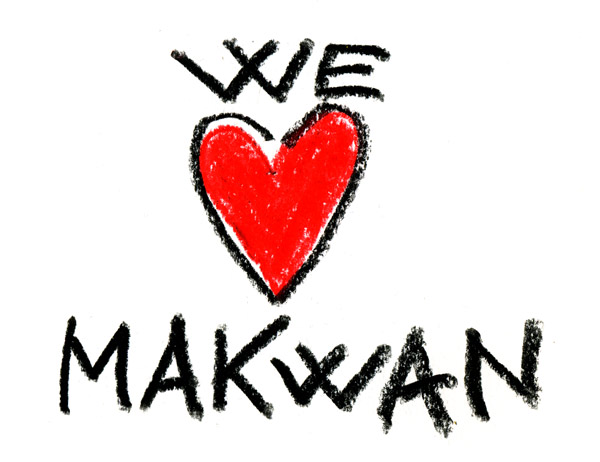 THE SENTENCE FOR THE 21-YEAR-OLD HOMOSEXUAL WAS SUSPENDED TWO WEEKS AGO AFTER THE INTERNATIONAL “FLOWERS FOR LIFE IN IRAN” CAMPAIGN CARRIED OUT BY “EVERYONE”. THE CASE HOWEVER HAS BEEN RE-EXAMINED BY THE IRANIAN JUDGES AND THE SENTENCE CONFIRMED. THE EXECUTION HAS BEEN FIXED FOR THE NEXT FEW DAYS. HIS FAMILY’S DESPERATE APPEAL: “SAVE OUR MAKWAN”

GRUPPO EVERYONE CALLS ON THE IMMEDIATE INTERVENTION OF THE ITALIAN GOVERNMENT AND THE EUROPEAN PARLIAMENT, AS WELL AS ALL CIVILIZED SOCIETY, AND LAUNCHES THE CAMPAIGN “HEARTS FOR MAKWAN’S LIFE”

Makwan Moloudzadeh is 21-years-old (he was born on March 31st, 1986) and he was sentenced to death for the crime of “lavat” (sodomy) according to the Iranian Criminal Code that foresees the death penalty. According to the motivation adopted by the Iranian Government, the young man, at the age of 13 had sexual intercourse with another boy.
Makwan, who was the object of the international campaign “Flowers for live in Iran” initiated by Gruppo EveryOne (www,everyonegroup.com) – with hundreds of red and white roses being sent to President Ahmadinejad, and the mobilization of liberal and progressive Islam – had obtained on November 15th of this year, the suspension of the death sentence by the Iranian Head of Judiciary, Ayatollah Seyed Mahmoud Hashemi Shahrudi. The judge had defined the sentence – first issued last June 7th by the Criminal Court of Kermanshah, in West Iran and later confirmed on August 1st – “a violation of Islamic precepts and human ethics”
This evening, December 3rd Makwan’s family phoned Ahmad Rafat, a journalist of AKI – ADN Kronos International and member of the EveryOne Group, and gave the alarm: Makwan’s case has been re-examined by the Judiciary Authority of Teheran, and yesterday, Sunday December 2nd, the dramatic sentence reached Kermanshah prison, where the young man has been held for some time.
“There is a need for immediate international protest action from the Italian Goverment, the European Parliament and civilized society. We have to make Iran listen to our request for Marwan to be spared. Marwan is innocent, he has been sentenced to death for his homosexuality”. This is the appeal launched by Roberto Malini, Matteo Pegoraro and Dario Picciau, the leaders of the EveryOne Group, which recently fought this year to prevent the deportation from Great Britain of the Iranian lesbian Pegah Emambakhsh. “We hoped Iran would show some compassion for Marwan” they continue “but the campaign for Makwan’s life carried out by thousands of GLBT activists all over the world has been ignored. We are also amazed at how some people, even in the international press, defined Makwan a “child offender”, when he was only a child himself when he loved a boy of the same age.”

“Makwan’s family are distraught” says Ahmad Rafat of EveryOne. “Any day now could be Makwan’s last, because the Iranian judges only notify the time and place of the prisoner’s execution the night before it takes place.” EveryOne Group asks everyone to send postcards, letters and e-mails to the Minister of Justice and the Iranian President. On every postcard draw a heart with the words “We love Makwan. Makwan is innocent and must be spared”. A campaign of love, launched by EveryOne Group, because in Iran those people who love in a different way – gays and lesbians – are considered criminals who are given the harshest sentences, and are sometimes even sentenced to death.

“We don’t have long” say the leaders of EveryOne. “Act immediately, ask friends and acquaintances to send the Iranian authorities as many letters and postcards as possible because the judges and President of the Islamic Republic of Iran must know they are killing an innocent person - that every year they imprison, torture and kill thousands of innocent people.”

Embassy of Iran in UK