Some photos from the rally near to the American Embassy in London on Saturday 8th December. 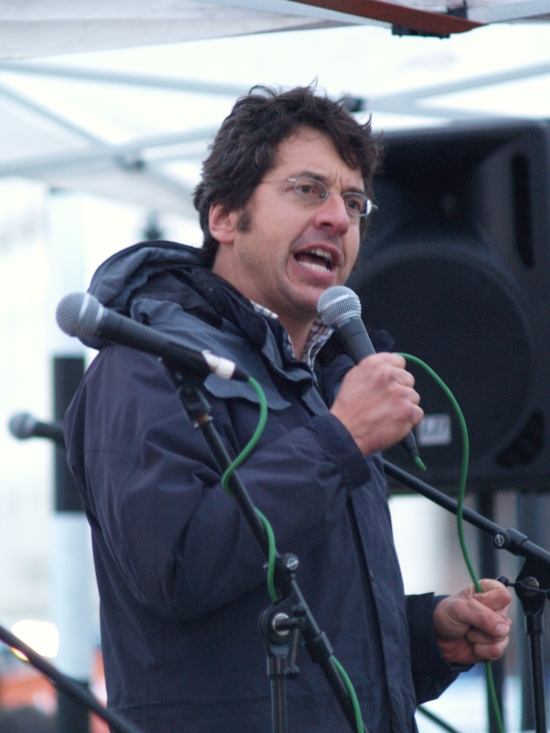 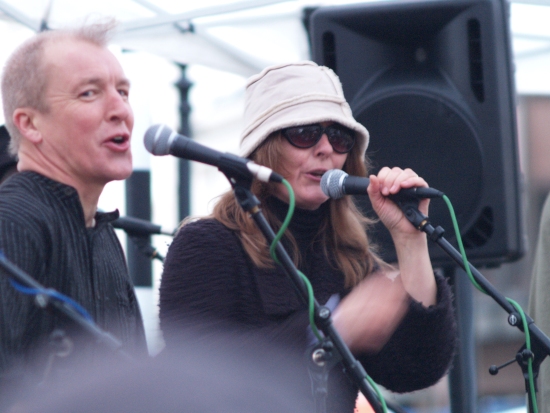 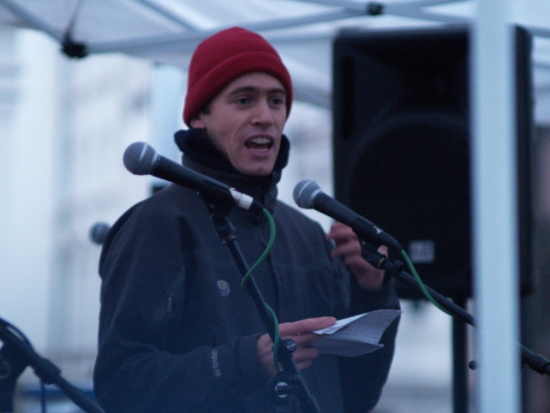 George Monbiot spoke with passion and ended with

george monbiot is a dickhead

fuck monbiot, he wrote a good book on PFI and has done some decent mainstream environmental journalism, but the heart of his politics a pure shit. He wants a greater, bigger and more intervening state to force us little people to stop climate change. Right, like it is our choice, not the choice of the wankers who actually control industry and the markets. He has nothing but scorn for dedicated greens who have taken legitimate action, he uses their campaigns to promote some sumbshit new social contract 'world parliament'.

WTF. The enlightenment is over you cretin.

Moonbat is abit bourgoise, but we need world federation

Have read his book & his arguments are often black, white & sloppy. He doesnt have a true concept of anarchy & panders to mainstream media on it especially in the late 90's when the weevil anarchists stole his thunder & were willing to defend themselves, ooooooooooooh,scarey. He rather prefers to get arrested & rely on the luxury of his middle class education.
Anway anarchism is without rulers not without rule & as Proudhon described not without minimal government. This would have to be global & via consensus& delegation, true direct democracy. Cooperatives, unions & communities
I think anarchosyndicalists & cooperative movement lead the way, but they need better recognisable spokepersons to stand up at demos like Emma Goldman & Big Bill Haywood did at the start of the last century. They led massive demonstrations to surround mansions like robber barons like the Rockefellers who sadly still control major shares in exxon & major corporate banks like Chase Morgan. Attempts on Rockefellers lives after Rockefellers ordered massacres of Miners & their families on strike were used as a major excuse to destroy the movement as well as the usual national jingoism of war.

1. Whatever your view on Monbiot, he brings important issues (climate change and others) into the mainstream - surely a valuable contriubtion to any movement?

2. Surely at a time of crisis such as this, people who are broadly for the same goal, i.e. preventing catastrophic climate change, should unite. Engaging and discussing would be better than dismissing another's views outright.

3. While Heat did advocate a rather scary intergovernmental/supragovernmental sollution, Monbiot has, as of late, qualified this. In his speech at the march he stated that capitalism and sustainability can't continue long term; Heat proposes short-term fixes.

yeah... but so was Kropotkin, one of the darlings of anarchism - a prince to be exact.

let's save our anger for the real climate crminals, like Bush et al.