My colleague and I are at the Bali COP and we took part in the Day of Global Action here. For the duration fo the COP meeting, the Indonesian Civil Society Forum have been hosting their alternative events, including workshops, discussions and actions. 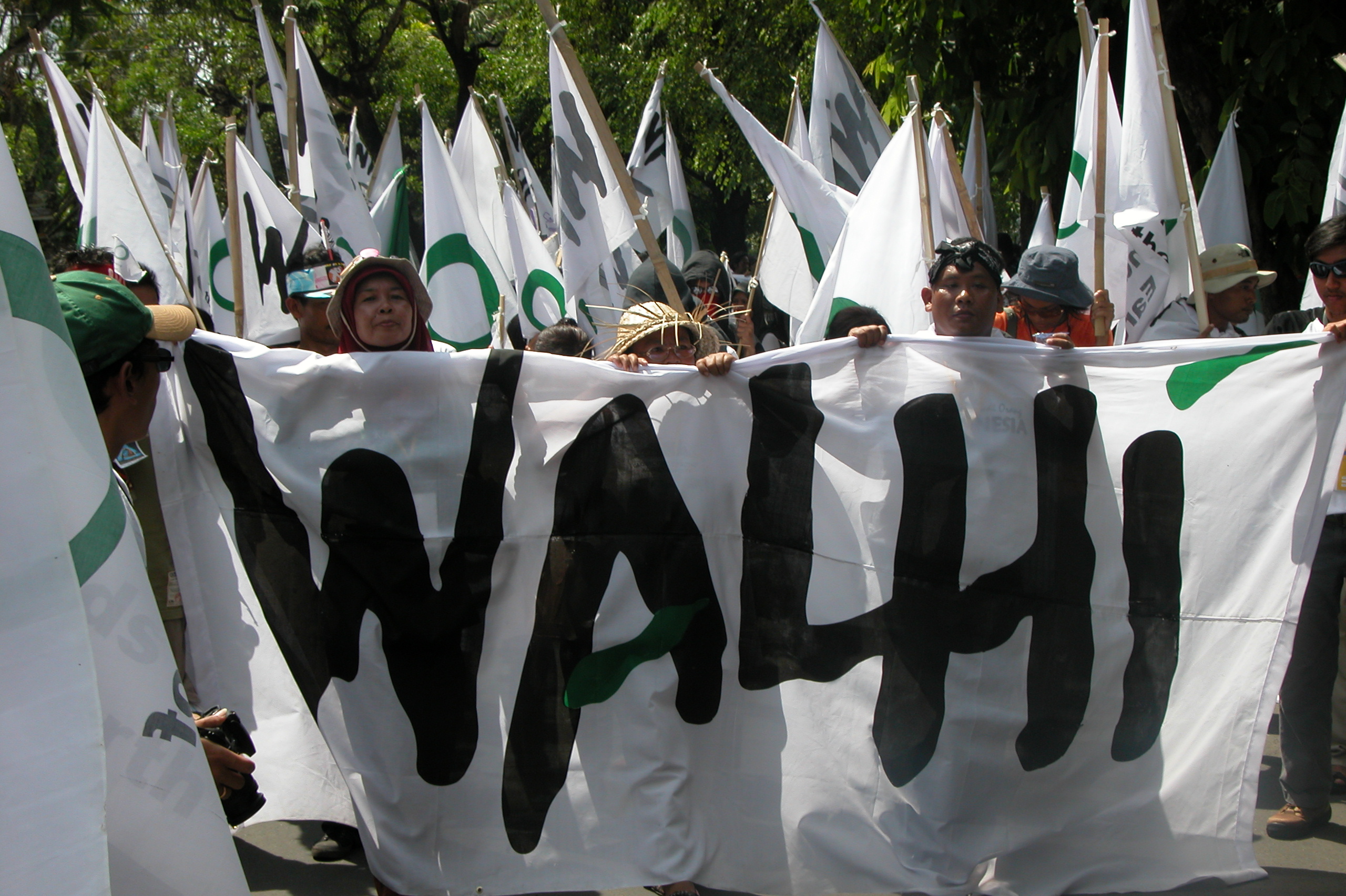 WALHI/Friends of the Earth Indonesia 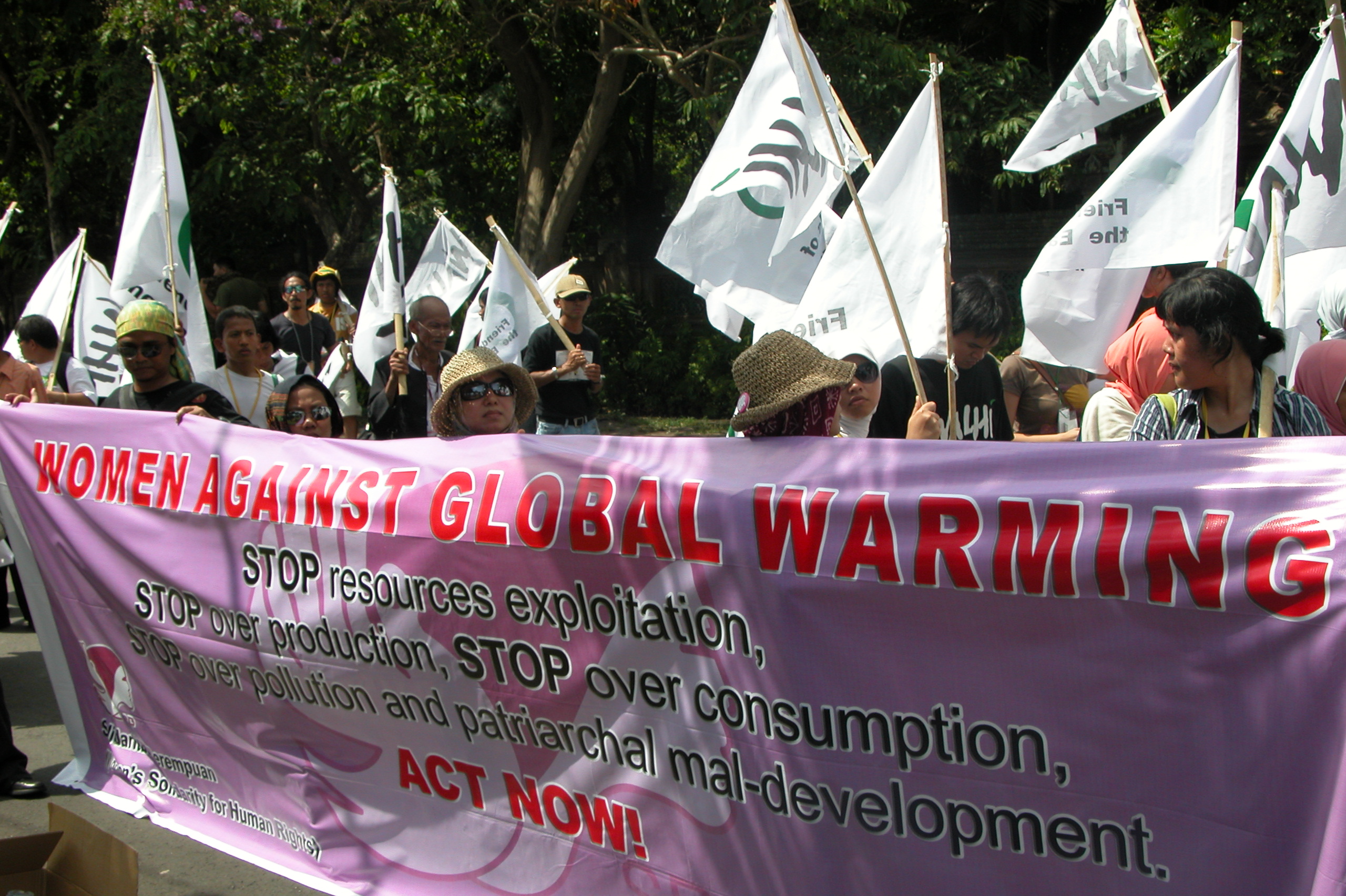 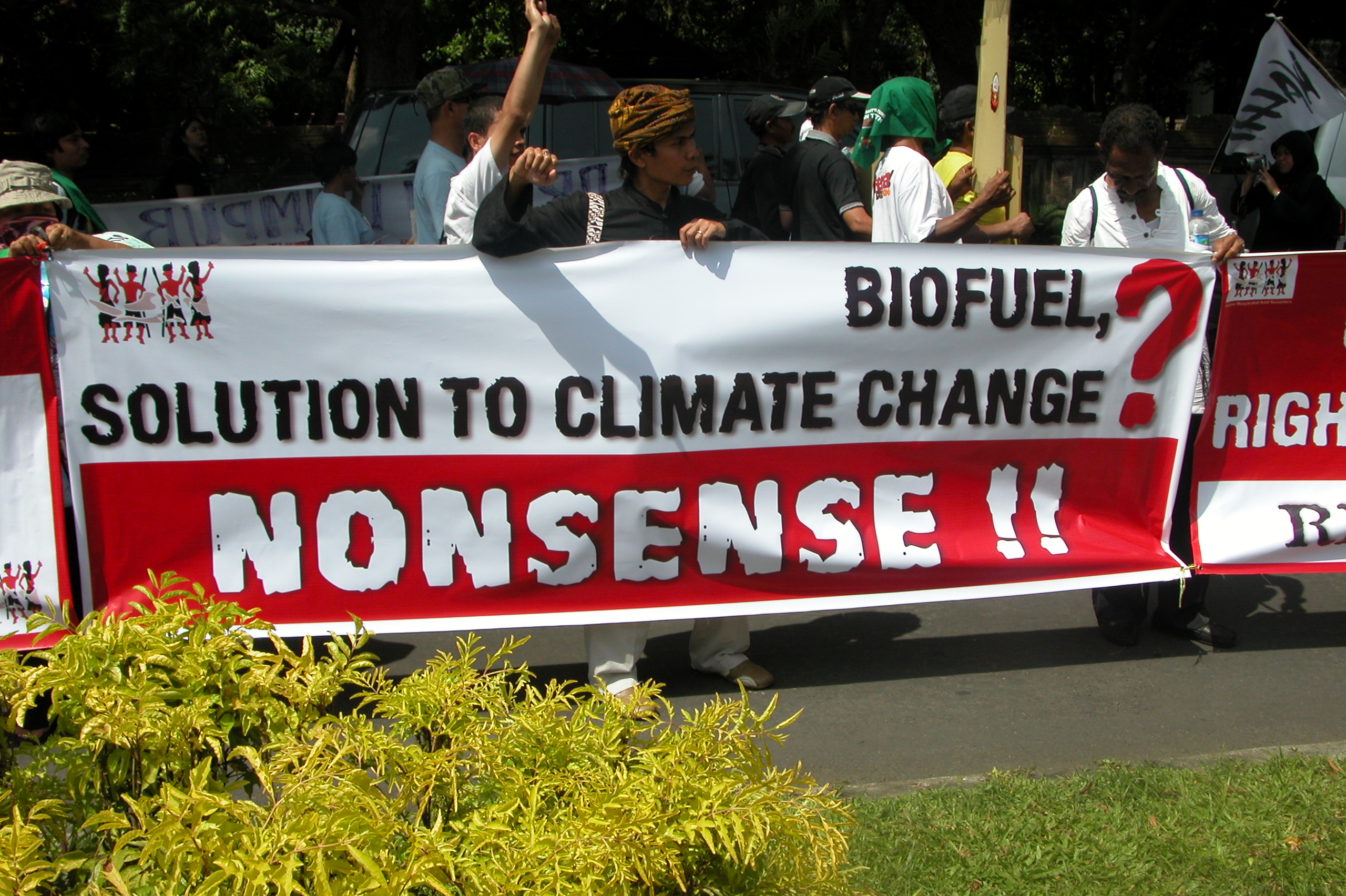 On 8th December, the Indonesian Civil Society Forum organised a march for Climate Justice, which was attended by about 2,000 people - mainly Indonesians, joined by members of international NGOs.The Bali Climate Justice March was very different from the climate demos I have attended in the UK. Prior to the UN Climate Conference, the Indonesian Civil Society Forum issued a declaration calling for real action on climate change that is based on climate justice, rejecting market-based instruments and other false solutions, such as agrofuels and nuclear power. On 8th December, they held a conference prior to the march with different speakers about indigenous peoples rights, women and climate justice, evictions of farmers by plantation companies, about food sovereignty, etc.

Many banners and slogans on the march were against carbon trading in general, and also specifically against the proposed inclusion of tropical forests into carbon trading (called Reduced Emissions from Deforestation and Degradation, or REDD). Others were against agrofuels, nuclear power, against a toxic incinerator in West Java, and for justice for the victims of a mud-flow disaster in East Java caused by reckless drilling for gas. Those were not calls for governments to 'do something' or to strengthen the Kyoto framework agreement, but protests against the false solutions which delay real action on climate change and cause untold harm to communities in the global South. The march itself was very diverse, with many NGOs having their own different views and positions.