Banner Drop and ‘Die-In’ Protest marked launch of World Bank Forest Carbon Partnership Facility which attempts to kick start carbon trading in forests as part of the Reduced Emissions From Deforestation and Degradation (REDD) mechanism promoted by industry and commerce for the post-Kyoto framework. 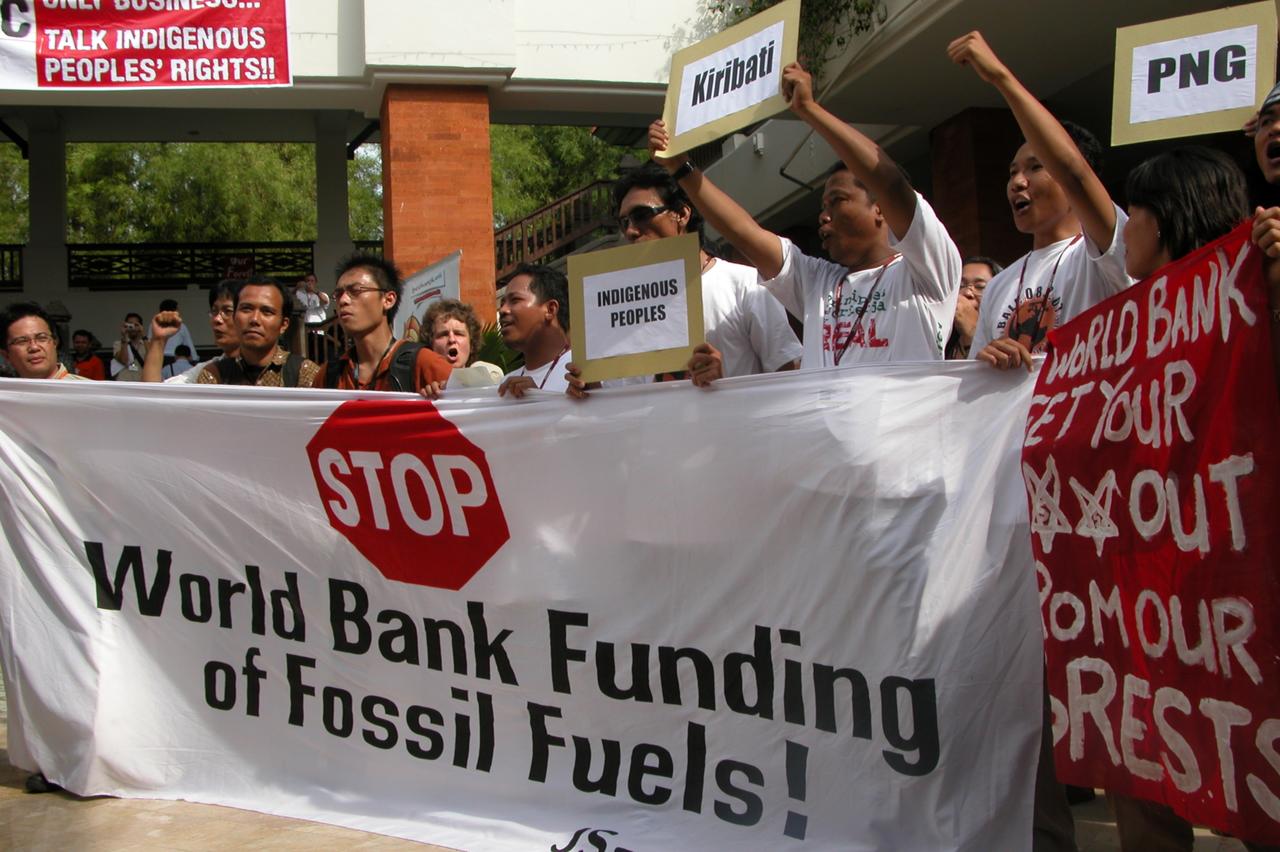 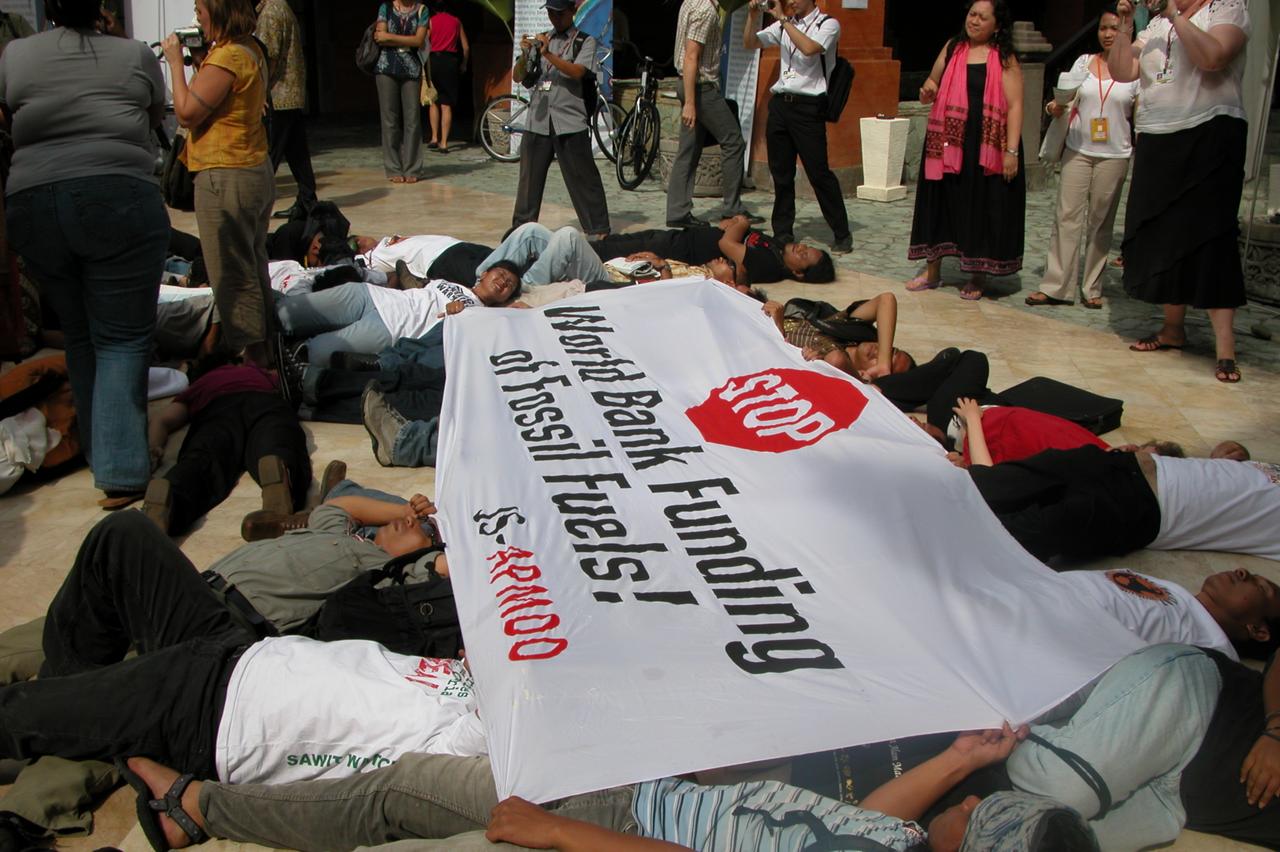 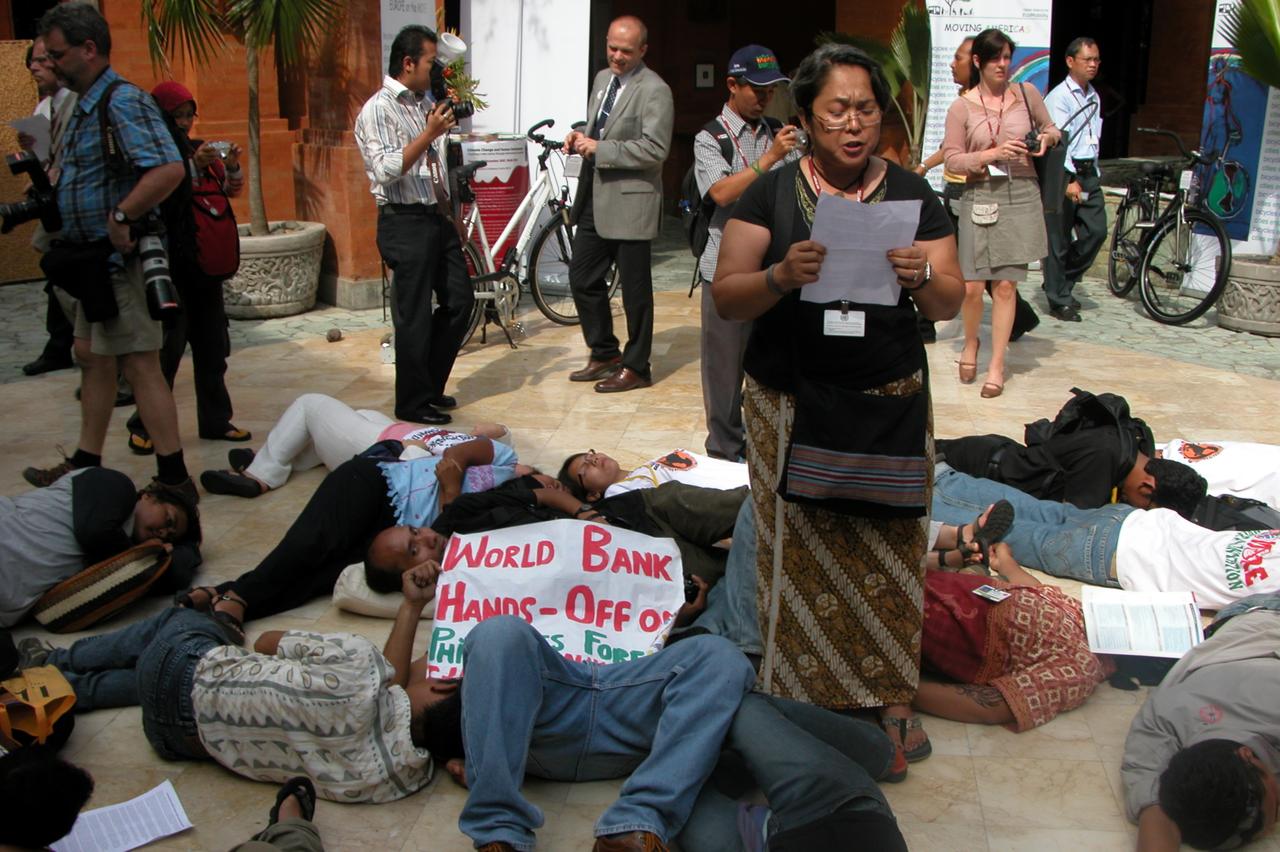 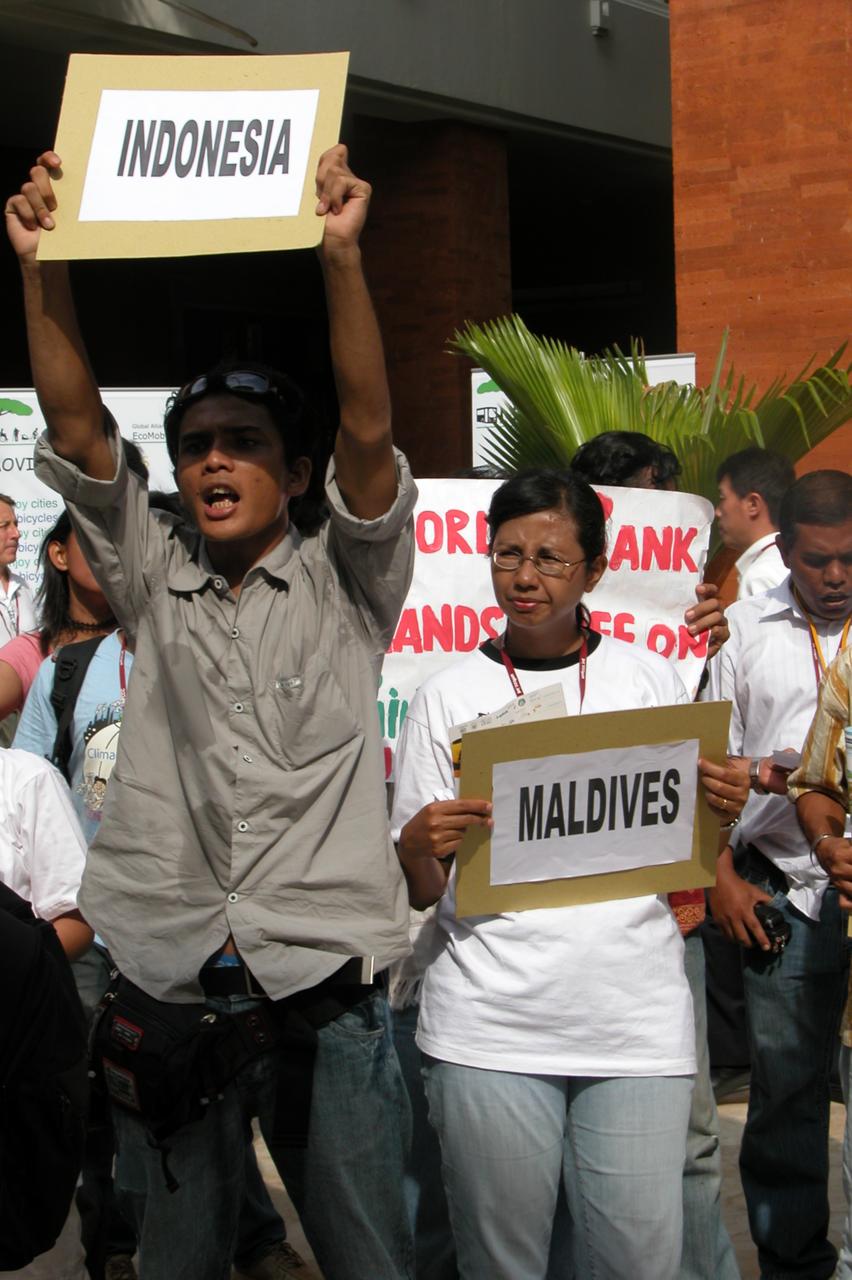 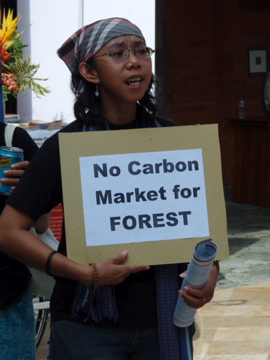 Dozens of members of the Indonesian Civil Society Forum, indigenous peoples organizations and social movements were joined by members of Friends of the Earth International, the Global Forest Coalition and others to protest at the launch of the World Bank’s Forest Carbon Partnership Facility.

The protest began with a simultaneous banner drop from four balconies. As four of us tied and released 20 foot banners with armed guards looking on, we felt concern for our own safety. Could this all go badly wrong? But within 5 seconds of the drop, fast accumulating protesters burst into chants as they filled the square of the Grand Hyatt Hotel in Bali offering a welcome distraction from us.

Within the Ballroom just 10 yards away World Bank President and former US Trade Representative Robert Zoellick spoke to reporters and guests at the champagne launch. A translator emerging from the conference at one point commented that our presence was more than apparent from inside!

Chants calling “World Bank; Hands Off”, “Carbon Trading is a Sin” and “Land Rights Now” slowed as representatives of nations already casualties of climate change or suffering as victims of Carbon Development Mechanism (CDM) schemes announced themselves and then fell symbolically in a ‘die in’. Titi Soentoro of the Indonesian Civil Society Forum and the Gender Caucus read a statement endorsed by dozens of groups demanding the rejection of the World Bank’s Forest Carbon Partnership Facility.

The Forest Declaration can be viewed at;

Throughout the demonstration reporters appeared in increasingly numbers distracted from the World Bank launch and more interested in conducting interviews with the protesters.

“This Facility is merely the World Bank up to their old tricks,” stated Anne Petermann, Co-Director of Global Justice Ecology Project. “They’ve packaged up their carbon trading agenda under the guise of forest protection, when in fact this Facility will result in more forest destruction, more displacement of indigenous peoples and more carbon emissions. It’s a lose-lose-lose proposition for everyone but big business,” she added.

All the main Indonesian newspapers carry the story.