Up to 5000 people, more than half of them classified as a "potentially violent" part of the 'Autonome' movement, have participated in a demonstration against "security madness and surveillance state". Clashes between riot police and protestor occured in the early evening hours. 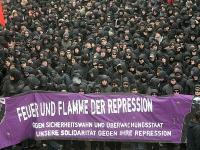 The demonstration was directed particularly against paragraph 129a of German criminal law, that has been used to criminalise left-wing political groups as "terrorist organisations". The "terrorism paragraph" has led to dozens of raids on self-organised spaces and housing projects, as well as to a number of arrests. In the run-up to the G8 summit in Heiligendamm 40 premises were searched by police, telephones tapped and letters opened, to gain information about possible counter-demonstrations.

The demonstration left from the infamous "Rote Flora", social centre and meeting space for the autonomist scene, with a cordon of up to 3000 riot police and armoured vehicles in the side streets. Police had expected up to 2000 "potentially violent" protestors, and the courts had banned a route through the inner city, as well as the carrying of banners that exceeded the length of 150cm. Protest organisers vowed to break through into the city, and the concept of "out of control" suggested to escape the police cordon.

The demonstration was repeatedly stopped and violently attacked by police who claimed that banners were too long, and demanded that no masks were to be worn. Hundreds were dressed with hooded raincoats and sunglasses to avoid being identified by police. They responded to the attacks with fireworks and by walking in 'chains'. Protest organisers decided to end the demonstration some 300meters from the city centre, as constant police repression had made a march impossible.

Media sources claim that after the end of the demonstration police had "lost control" of the city, with some 1000 protestors broke into the city centre area. Violent scenes erupted as cars were damaged and litter bins put on fire. Police were unable to separate protestors from Christmas shoppers. According to some sources, a car went up in flames, while police had arrested a dozen 'troublemakers'. 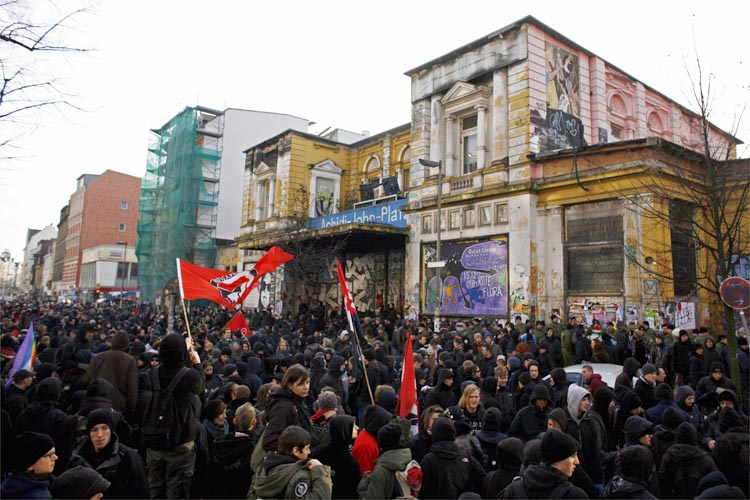 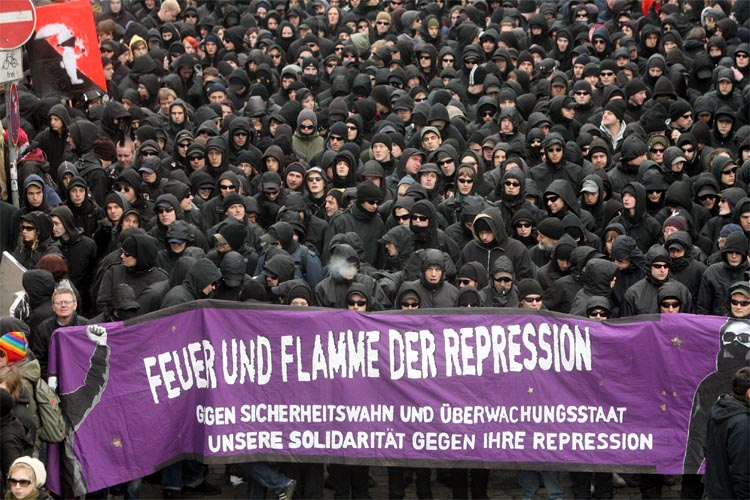 Organiser claim that up to 80 protestors were detained by police, many of them for refusing to be marched surrounded by a police cordon. Some are being treated for head injuries, mostly sustained through baton charges.