Activists from around the country travelled for a national march and demonstration in Ledbury on Saturday 15th December. One the return journey, five people sat down and began a blockade in the centre of town in solidarity with the Sequani 12: on bail and awaiting court cases for SOCPA conspiracy charges. 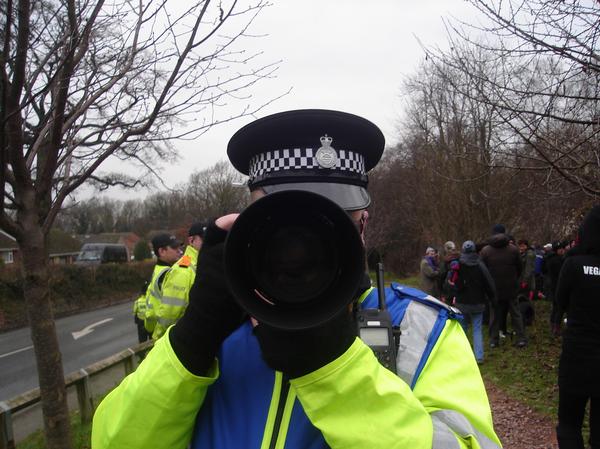 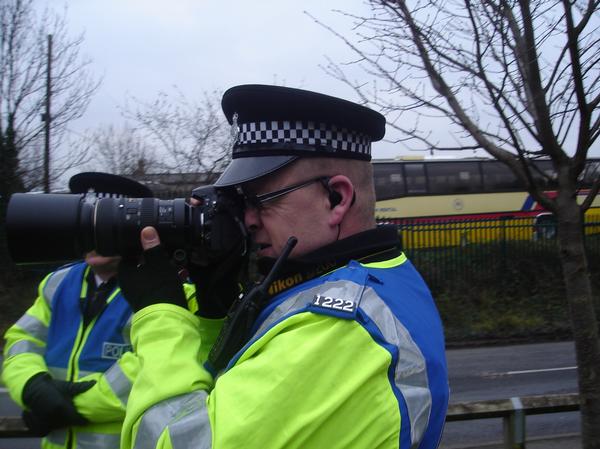 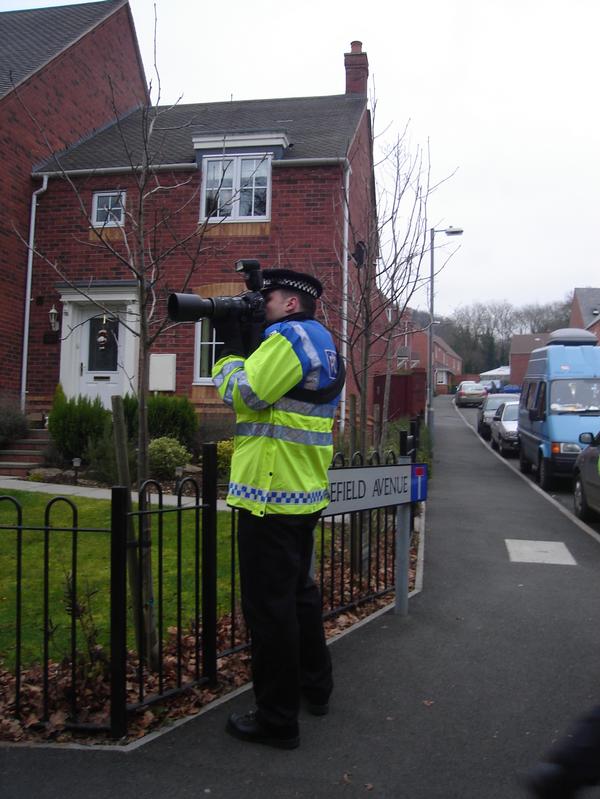 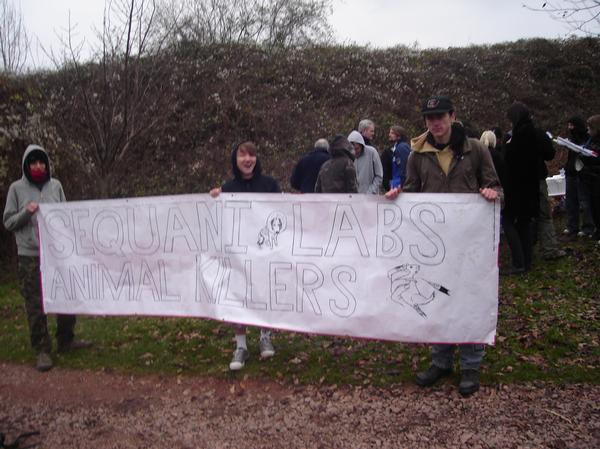 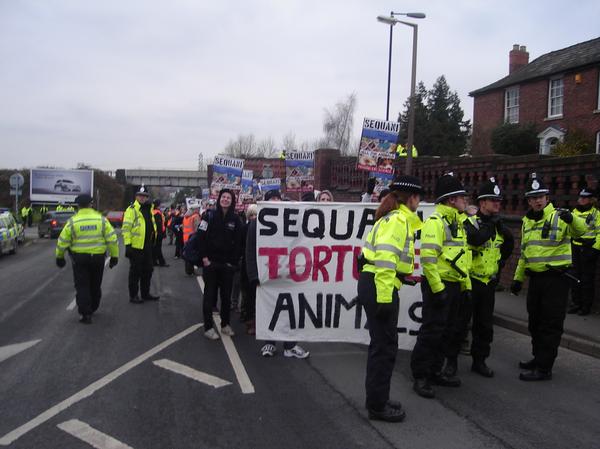 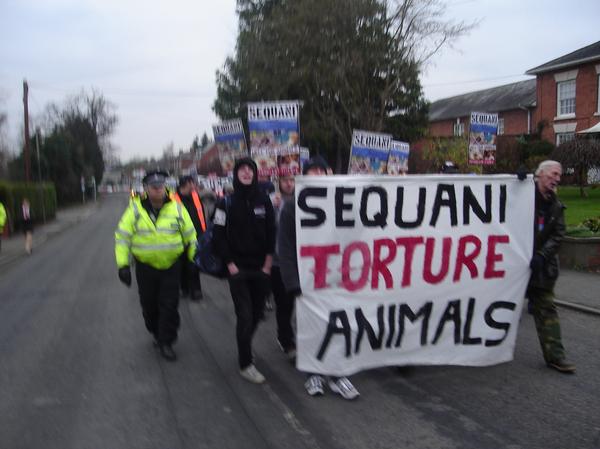 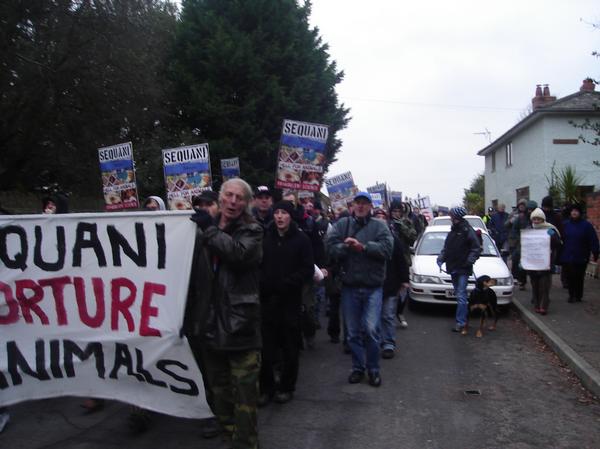 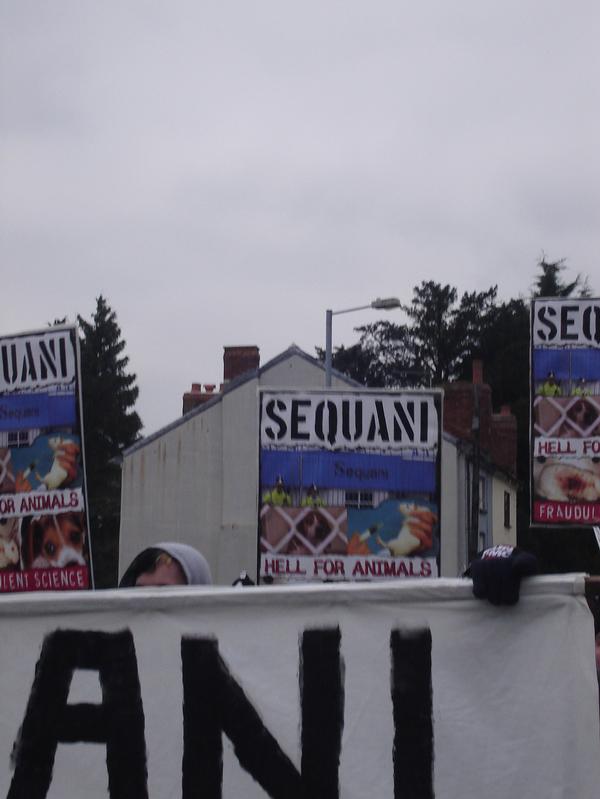 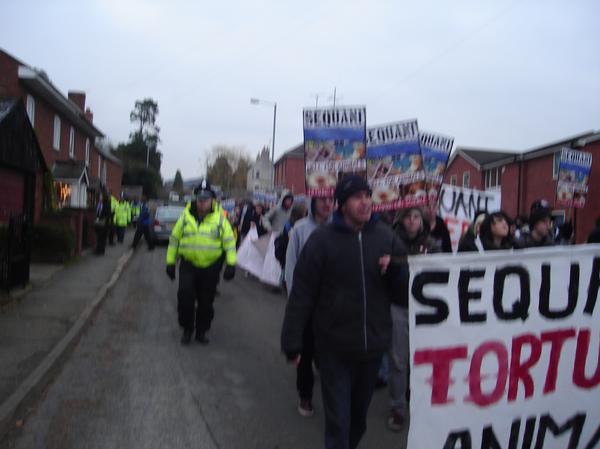 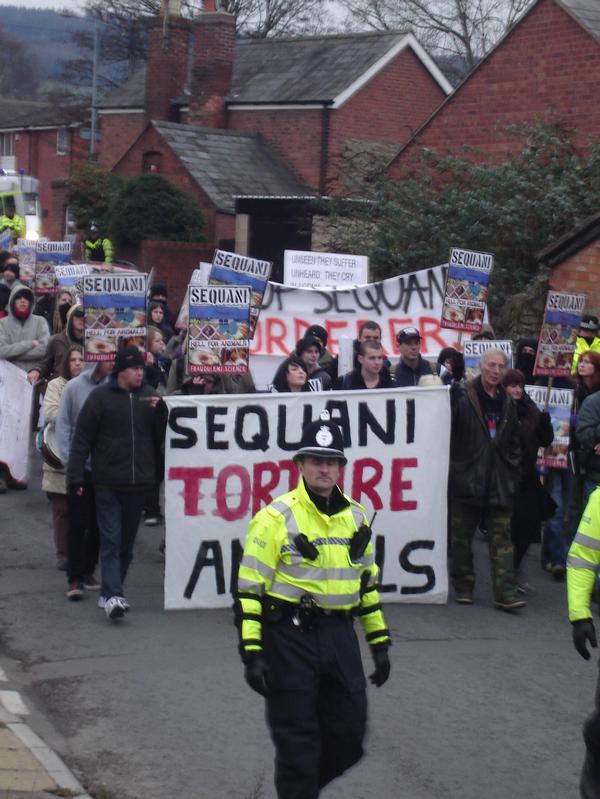 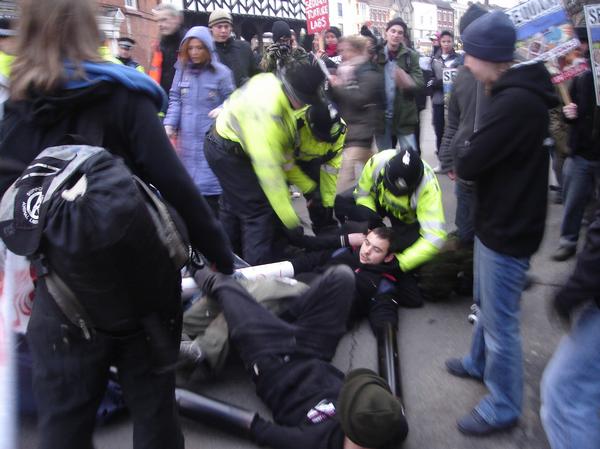 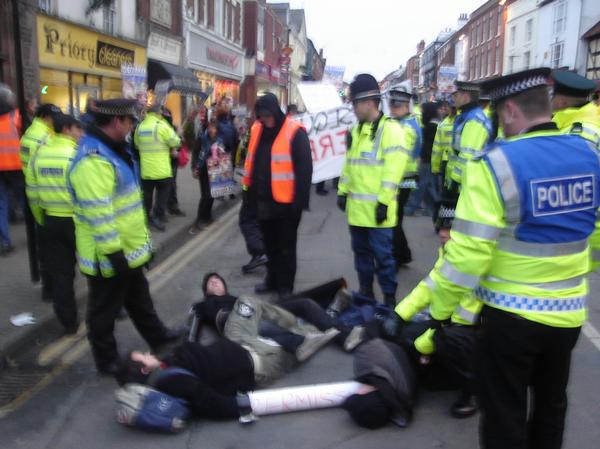 "15 activists then went onto the labs after the march, this was due to the ridiculous sections imposed on the day.

No details as of yet on how long the blockade went on for, but more details soon no doubt and probably some videos.

As far as I know 3 activists locked together whilst 2 others attempted to d-lock themselves together."

Good luck in all you do!

At 7.00am on Tuesday May 9th 2006 12 activists involved in the peaceful campaign against Sequani limited (an animal testing lab in Herefordshire) had their homes raided and extensively searched by West Mercia Police.

The raids were coordinated at the same hour of the day throughout the Midlands.

The operation against activists was called ‘Operation Tornado’ and involved more than 120 police officers.

Such was the force of the raids some activists had the front doors of their homes completely smashed off their hinges.

Activists spent between 10 and 16 hours in police custody. One other activist subsequently handed themselves in to police who was then arrested and charged.

All 12 are charged under section 145 of the Serious Organised Crime and Police act 2005 with ‘interference with contractual and similar relationships with the intention of harming an animal research organisation’.

A further two activists from the campaign were later charged with the same offence but both had the charges against them dropped by West Mercia police shortly after.

All charged have been on (unconditional) police bail since May 9th 2006.

A group of seven are charged with "conspiracy to interfere with an animal research organisation" (sec.145 Serious Organised Crime and Police Act 2005) while the remaining group of five are charged with alleged 'substantive' (individual) offences under sec.145 socpa, all 12 made pleas of 'not guilty' in court.

The two groups of defendants will be tried on seperate dates and will not appear as a group again at the same court hearing in the future.

If the initial 7 are convicted with alleged "conspiracy" the remaining 5 would face trial in or around Spring 08.