Shell to Sea protesters occupied the department of Natural Resources in Dublin today. Teh new Minister for Natural resources, Eamon Ryan, has done nothing to help the campaign of which he was once a leading member. 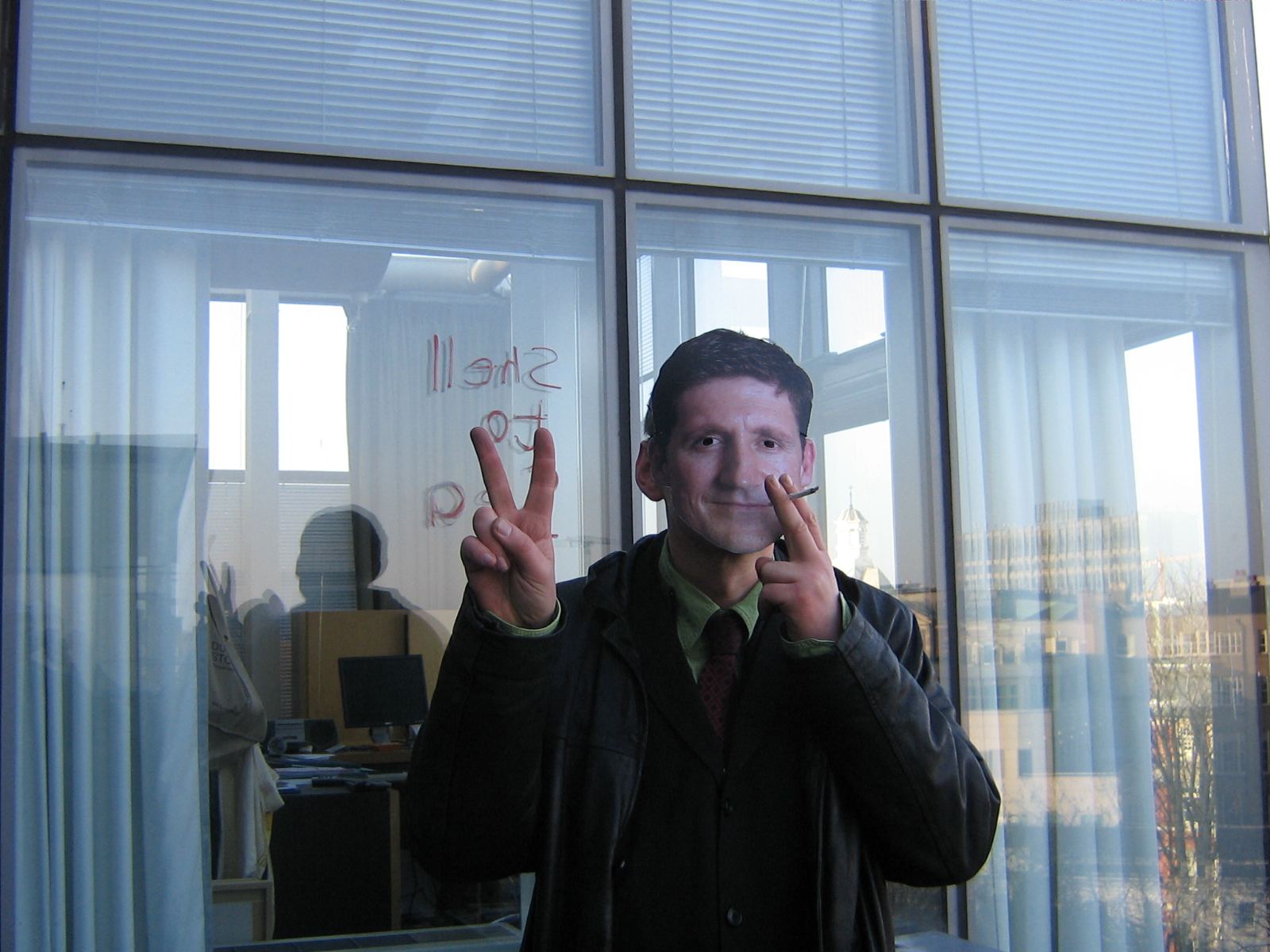 Leafy, affluent Adelaide Road in Dublin 2 is the site of the Department of Communications, Natural resources, and The Marine (fishing to you or me). Since the summer the office of Minister for Natural Resources has been occupied by Eamon Ryan TD, a member of the Green Party, and, when he was in opposition, a strong supporter of the Shell to Sea campaign.

The Green Party was elected on promises that they would only take part in government if a full root and branch inquiry was launched into the Corrib Scheme, which involves the installation of a huge gas refinery in a special conservation area, and a production pipeline running at high pressure past houses, schools, and roadways.

Many people in Ireland also thought that a Green Party Minister would look at the reasons why Shell and other big oil companies are handed 100 per cent of Ireland's natural resources, unlike in other countries where the people have a share, and can expect some lasting benefits from their own oil and gas. Some even believed that the Green Party might re-write the contract with Shell on environmental grounds, or even tear it up and insist that the gas is left where it is, since Climate Change is such a major concern for the party.

Sadly however, the Green Party have done absolutely nothing to address any of the concerns of the campaign. No action has been taken environmentally, financially, or regarding health and safety. Minister Ryan has become a mouthpiece for Shell, and a cheerleader for the multi-national energy companies.

So today his office was occupied by Shell to Sea activists, who managed to scale the high office block building and unfurled a banner saying PROTECT IRISH NATURAL RESOURCES.

One of the protesters, Aine, said: ""The government's supine support for the oil companies shows that they prioritise the welfare of Shell shareholders over the wellbeing of their own citizens. Shell are being allowed to keep all the gas and sell it to the highest bidder, almost certainly in Britain. The refining of 4 million euro worth of raw gas per day will clearly degrade the environment, both locally for the people of Mayo, and also in terms of carbon dioxide emissions when the gas is used. From an Irish point of view, we would be better off leaving the gas where it is, under the sea."

She continued: "Until supply-side solutions are put in place, the continuing exploitation of fossil fuels will be adding to carbon dioxide emissions which is causing climate change. Any possible benefit from this is lost because the gas and oil are simply handed over to the big corporations. The people of Ireland will see no advantage, either environmental or financial, from their own gas and oil resources."

"Meanwhile the corporations which will see huge profits from Irish resources, seek to use the cheapest and most dangerous way of exploiting them. Our government is happy to see lives of people in Ireland put at risk by the use of an onshore pipeline and refinery in Mayo, simply to maximise returns for Shell shareholders. "


Shell to Sea activists received help and advice GreenPeace in London in carrying out today's action. The next large-scale protest at the Shell refinery site in Mayo is scheduled for February 1st 2008.