Today a range of Iranian leftist groups and individuals came in Central London to hold a demo to express their solidarity with the struggles of Iranian students and workers against the Islamic regime and against the distorted coverage of Iran by the Western Media, in particular the BBC. 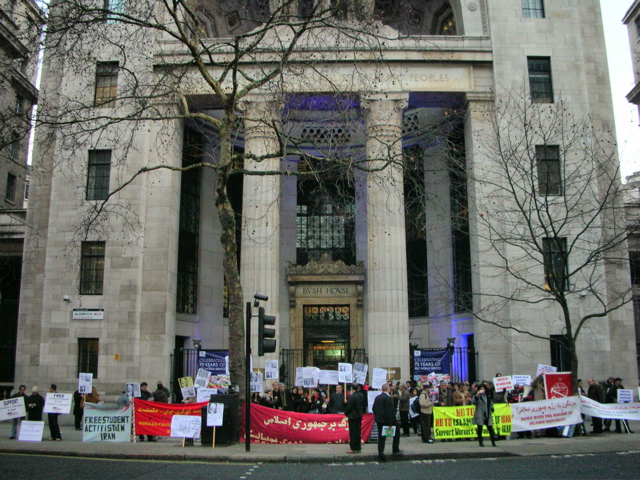 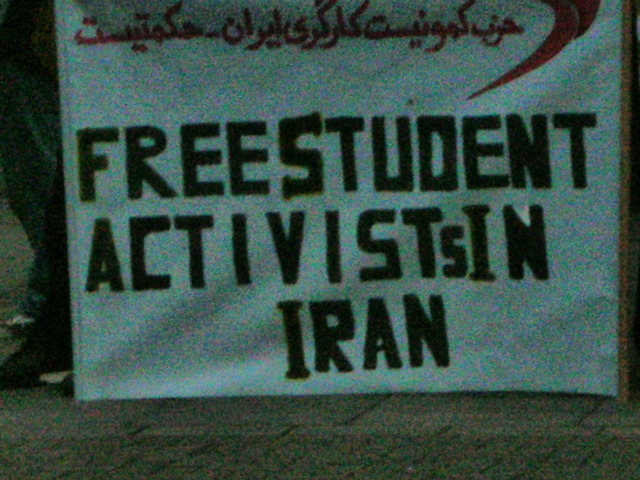 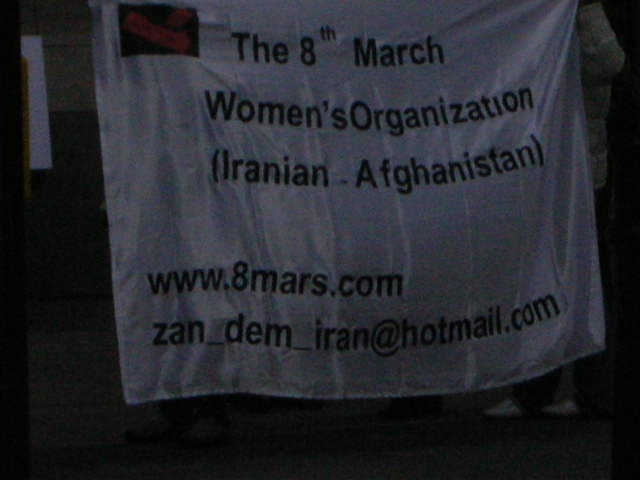 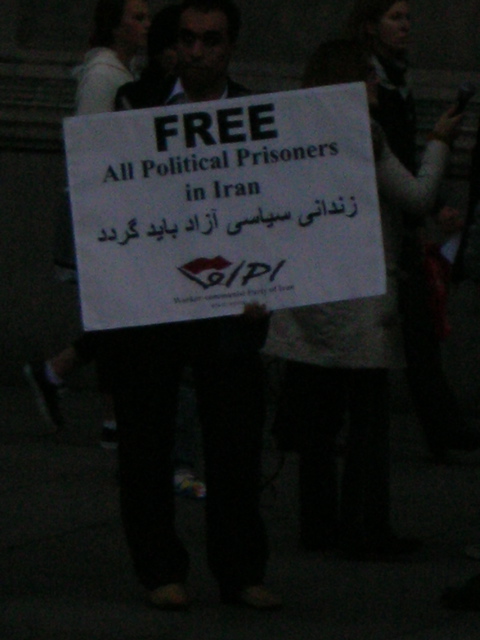 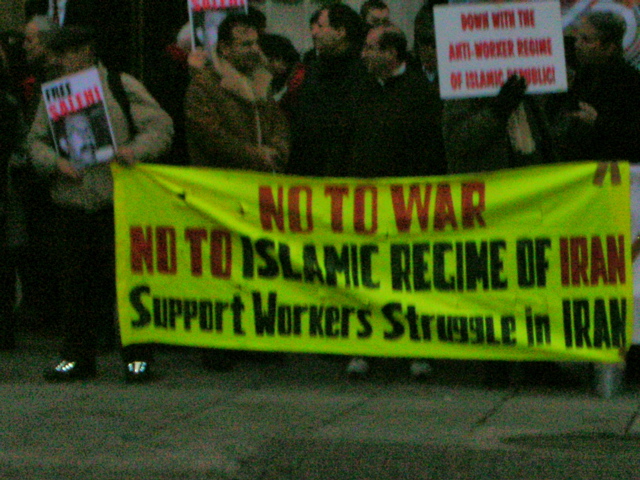 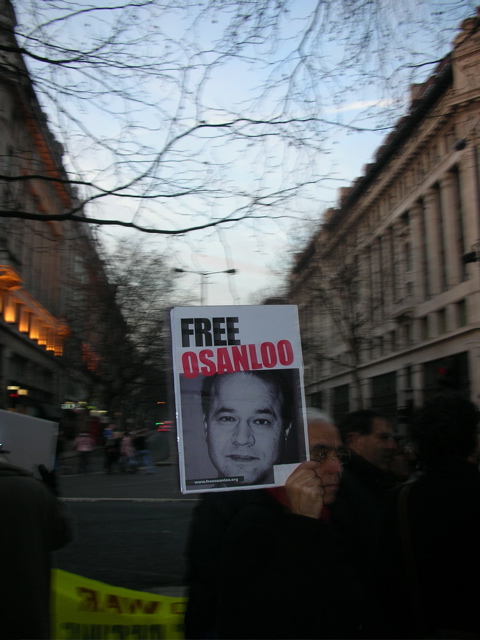 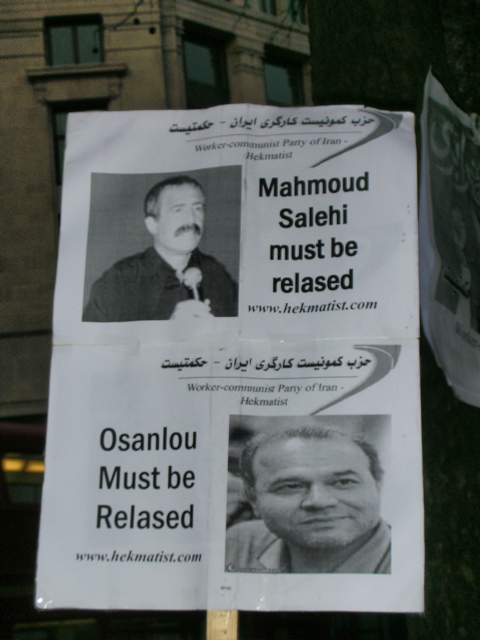 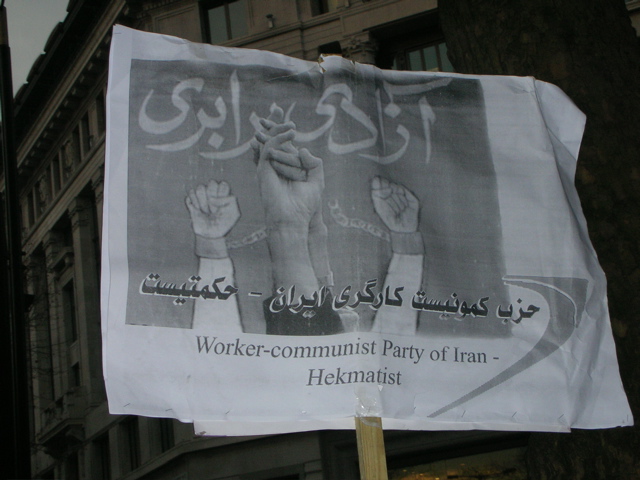 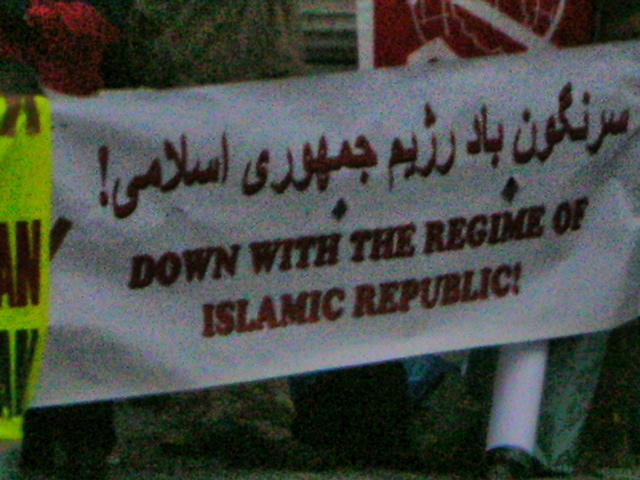 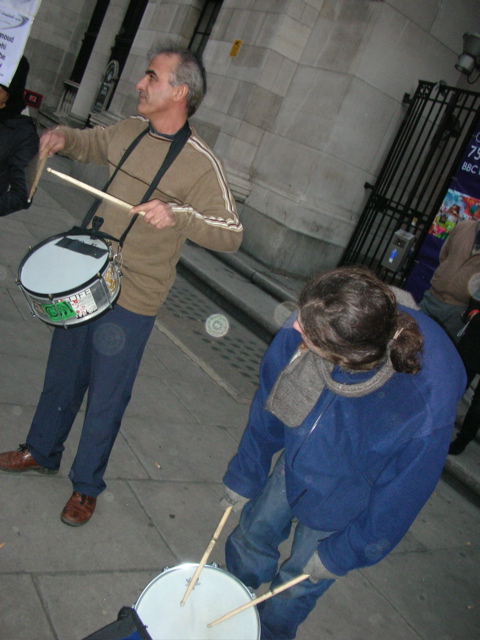 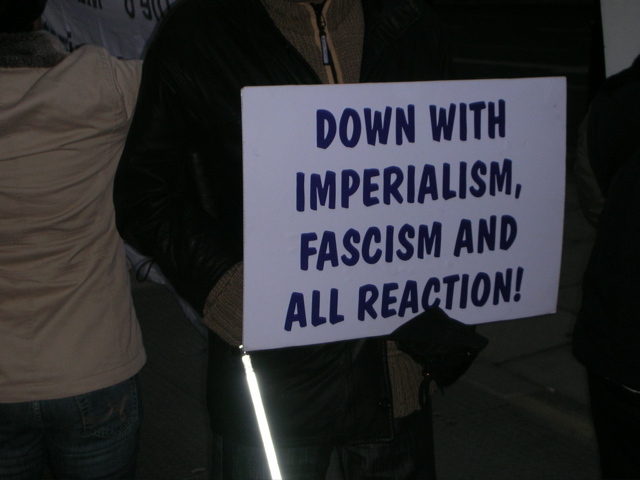 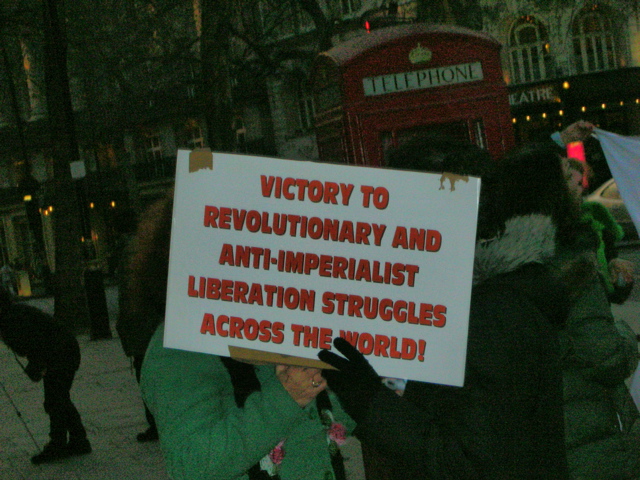 In particular the people involved today wanted to show their solidarity with the over 40 students activists arrested by Islamic regime for supporting the day of action on 7 December (16 Azar in the Iranian calender). This date is historically associated with struggles against the Sha's regime and the students have attempted to carry on this tradition through their resistance against the current theocratic regime. Many of the students arrested for this act of defiance are currently being held in the notorious Evin prison and have been subjected to torture.

The repression against student activists in Iran follows hard of the healls of the Islamic state's clamp down on trade unionists and workers movements. Many placards called for the freeing from prison of the bus worker's leader Mansour Ossanlou and the baker's union activist Mahmoud Salehi.

The Islamic regime has been able to use to the threat of attack by the US and allies, including Britain to legitemise itself and justify the intensifing repression against workers, women's groups, queers and cultural minorities. The demonstrators today were overwhelmingly Iranian leftist exiles, many of whom expressed their disappointment with hostile attitudes of the British left, which has for the most part adopted an attitude of supporting or at least not criticising the Iranian states's repressive actions out of some kinda simplistic anti-US stance instead of supporting Iranian activists in their struggle against the dual threats of US militarism and theocratic - capitalist oppression.