On Monday this week, Merseyside Police arrested and assaulted an animal rights activist outside Cricket on Mathew Street, a shop that sells fur products. This followed an incident where a Bolton activist was found guilty on a 'section five' for photographing cops on a demo. So yesterday afternoon, around twenty of us showed solidarity and supported the regular Saturday picket of the Cricket store, and scored a bizarre victory over an aggressive and incompetant police presence. 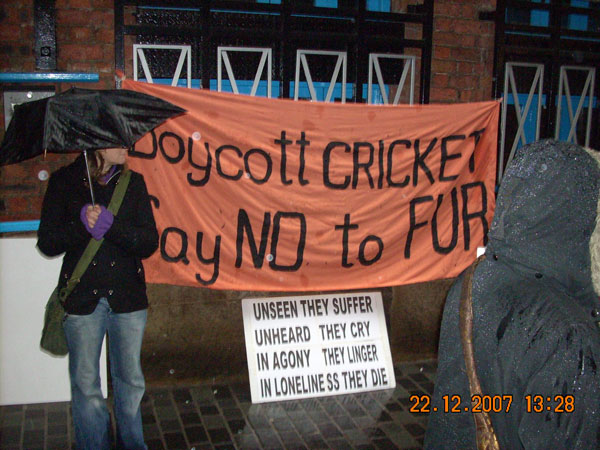 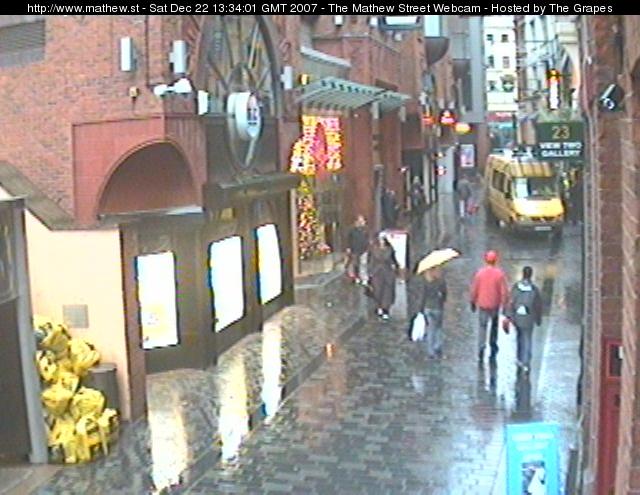 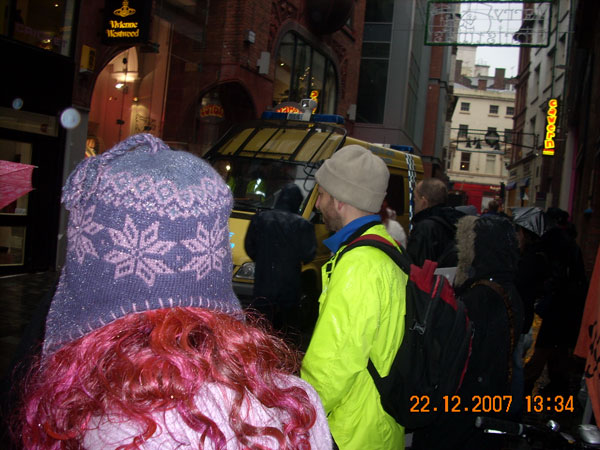 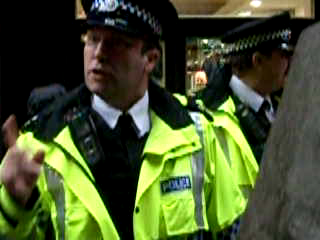 Who's trying to intimidate who? 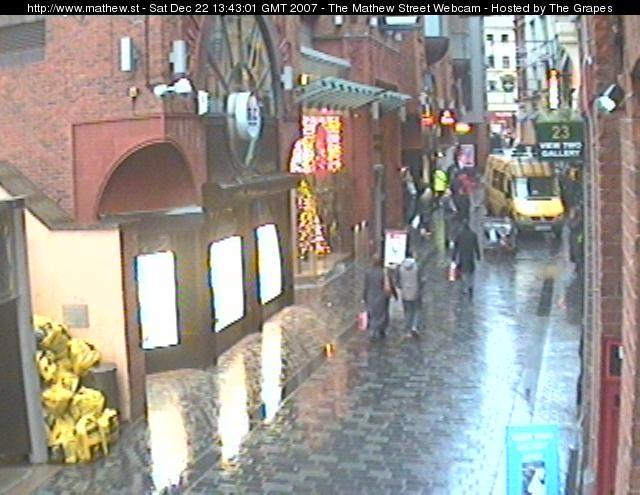 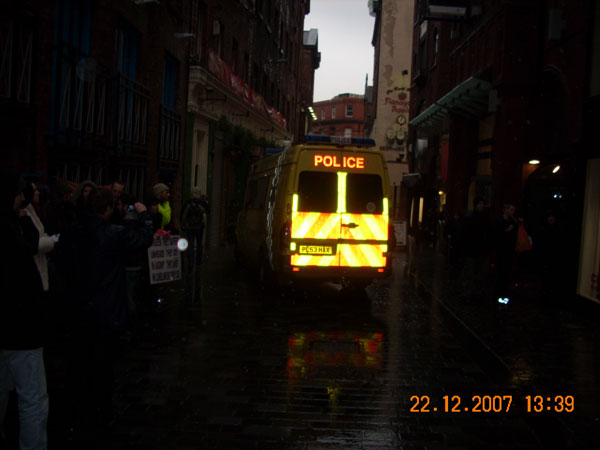 And then they leave! 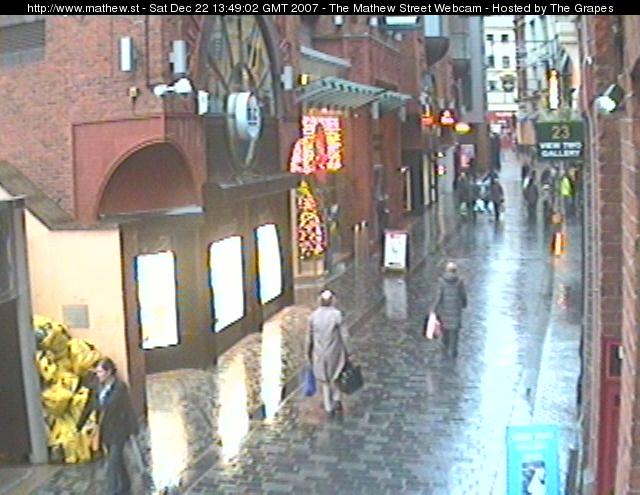 The police van arrived half an hour into the protest, and the main bossy officer immediately demanded to know who was in charge. On hearing that we all were, he ordered everyone against the wall. Apparently there were "people trying to get past", although the massive police van would have been a trickier obstacle. Reading from notes, he then told us he was "limiting the numbers to four people only", and that "any more than four people, you'll be in breach of the conditions". But the conditions of what? "Conditions imposed under Section 12 of the Public Order Act". Unfortunately for him, this section only applies to 'public processions', which someone pointed out. "Oh right sorry...", he blustered, "this assembly is controlled by Section 14 of the Public Order Act", and threatened arrest for anyone over the four. His tone then became even more condescending, repeatedly asking people if they understood, even though he'd already shown he didn't really know what he was doing. "We'll argue in court, as we have done before", he sneered, before heading into the shop to consult with the Cricket security.

Over the next few minutes, we debated what to do. Eventually, we decided it wasn't worth getting arrested, four people volunteered to stay, and the rest of us began to move off. But so did the police, without even saying goodbye! So we went back, and twenty protesters stood outside Cricket for the next hour and half, holding banners and placards, chanting, and handing out leaflets, while their van hid round the corner.

So didn't they fancy the paperwork? Or maybe they'd taken a look at the letter of the law, and realised they couldn't prove we were likely to cause 'serious public disorder', 'serious criminal damage', 'serious disruption to the life of the community', or even 'intimidation'. No-one was intimidated, and even though it looks like the police have been told to clear the streets of protesters for Xmas and the Capital of Culture, a small blow was struck for freedom this afternoon.