Charlie Wilson’s War, the Culture of Imperialism and the Distortion of History

The Hollywood propaganda machine never sleeps. With the advent of television and Murdochmedia, people forget that it was Hollywood who for generations indoctrinated Americans about the “nobility” of America’s Manifest Destiny and the sanctity of US military actions. 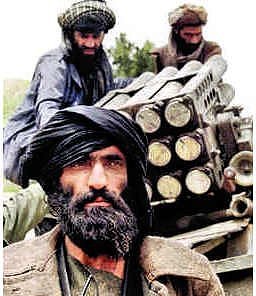 
The Hollywood propaganda machine never sleeps. With the advent of television and Murdochmedia, people forget that it was Hollywood who for generations indoctrinated Americans about the “nobility” of America’s Manifest Destiny and the sanctity of US military actions.


In his provocative 1993 book, Culture and Imperialism, Edward W. Said examines how cultural representations in the West have historically helped to stereotype Third World peoples as being passively reliant on foreign aid for their social and political uplift, thus engendering support for imperial interventions ostensibly undertaken for humanitarian purposes. This was true, he argued, even in works critical of Western interventions, like Joseph Conrad’s The Heart of Darkness and Graham Greene’s The Quiet American, where the indigenous characters appear to be either incidental to the story or dependent on Westerners (as is exemplified in the Vietnamese character Phuong who latches onto the “quiet American” Alden Pyle as a means of escaping a life of poverty and prostitution).

Said’s final chapters focus on Hollywood’s promotion of demeaning stereotypes of Arabs as religious fanatics and terrorists and universally oppressive towards women. He highlights, further, how the Vietnamese people in most American films on the war have been deprived of human agency, with the U.S. defeat frequently blamed on ineffectual liberal bureaucrats and incompetent senior officers rather than the strength of Vietnamese nationalism and mobilizing abilities of the revolutionary leadership. Said would likely argue that Charlie Wilson’s War is the latest Hollywood blockbuster to promote underlying cultural stereotypes of Third World peoples and Muslims, while sanitizing the American record and its promotion of imperial violence.

Based loosely on true events, the film focuses on the efforts of a Congressional representative from Texas, Charlie Wilson, to raise funds for mujahadin “freedom fighters” seeking to “liberate” Afghanistan from the Soviets. A playboy renowned for his womanizing and high-lifestyle, Wilson becomes a lonely voice in support of the CIA’s covert war. He works closely with Gust Avrakatos, a master of the clandestine arts and supporter of a fascist coup in Greece (a fact unmentioned by the director), who uses underhanded methods to funnel supplies through intermediaries in the Pakistani secret service. In the mould of Dirty Harry and Rambo, both Wilson and Avrakatos are portrayed as heroes for circumventing bureaucratic constraints and confronting the Russians – even if it entails making a quid-pro quo with the murderous Pakistani dictator Zia Al Huq as well buying arms from a shadowy Israeli black-marketer.

While the film is accurate in portraying the ends justifies the means philosophy embraced by the CIA and its alliance with murderous dictators, one major distortion is that the directors portray U.S. policy in Afghanistan as being largely reactive to the Soviet threat and a product of a well-intentioned desire to “save” the Afghan people. This ignores the aggressive policies pursued by Washington throughout the Cold War, its sponsorship of massive state terror in Central America at this time, and its long-standing desire to exploit the Middle-East’s oil supply. It further ignores comments made by Zbigniew Brzezinski, the National Security Adviser under Jimmy Carter, who told Le Monde in a 1998 interview: “According to the official version of history, CIA aid to the mujahadin began during 1980, that is to say after the Soviet Army invaded Afghanistan, 24 December 1979. But the reality, secretly guarded until now, is completely otherwise. Indeed it was July 3, 1979 that President Carter signed the first directive for secret aid to the opponents of the pro-Soviet regime in Kabul. And that very day, I wrote a note to the president in which I explained to him that in my opinion the aid was going to induce a Soviet military intervention.” He added: “What is more important to the history of the world? The Taliban or the collapse of the Soviet empire? Some stirred up Muslims or the liberation of central Europe and the end of the cold war? Now we can give the Russians their Vietnam War.” Where exactly does the well-being of the Afghan people fit in this grand design?

The most egregious misrepresentation of the film is in its portrayal of the mujahadin as being inexperienced in the handling of weapons and idealistic refugees fighting for the salvation of their people. This obscures that the CIA often shunned legitimate nationalists like Abdul Haq in favor of militant Islamic fundamentalists seeking to impose a fascist theocratic state along the mold of the Taliban. Among Washington’s key favorites was Gulbuddin Hikmatyar of the Hizb-Y Islami, who was valued for his hard-line anti-communism in spite of a reputation for abject ruthlessness. Hikmatyar was also a renowned opium smuggler and warlord, and was alleged to have sprayed acid in the faces of women who did not wear the veil. One of his colleagues referred to him as “a true monster,” though he allegedly impressed the CIA (revealing something of its character) by wanting to take the war against the Soviets to Central Asia and roll back communism in Kazakhstan, Azerbajaan and Uzbekistan. One CIA officer said, “We wanted to kill as many Russians as we could, and Hikmatyar seemed like the guy to do it.”

Whitewashing these facts and over-sentimentalizing the CIA-mujahadin alliance, the film makes it seem as if they were genuine “liberators” who did not harm any civilians and whose ultimate victory over the Soviets represented a great moral triumph. The producers also imply that the chaos that ensued in Afghanistan after the war resulted from rogue forces taking over the country – ignoring the impact of their training in terrorist methods by the CIA (including specialization in high explosives). The agency of Afghans, moreover, is denied. In one telling scene, which fits with Said’s model, a group of rag-tag Afghani refugees beg Wilson for weapons and financial aid. After Wilson is able to deliver on his promise through intensive lobbying, the same men are shown struggling to maneuver a stinger missile and finally succeed in destroying a Russian aircraft bombing their village. Within a short time, a huge number of Soviet fighter planes are shot down and the mighty Russian Army is forced to retreat. Wilson’s support coupled with Avrakatos’s street savvy and guile appear as the key determining factors shaping this outcome - rather than the ingenuity of the Afghan resistance and will of its people.

The stereotype of Afghan dependence on the West remains entrenched at the end of the film. The lack of effective governance after the Soviet withdrawal and resultant suffering of the Afghan people is blamed on Congressional unwillingness to carry on the crusade further and build hospitals and roads for the country. One Congressmen is quoted as saying, “Who the hell cares about building hospitals or schools in Pakistan?” While this quote may convey where the true priorities of the government lie, there is no implication that the U.S. had contributed significantly to the destabilization of the country by helping to induce the original Soviet invasion, or would go on to support the Taliban while seeking to construct an oil pipeline through the country (as is documented for example in Mahmood Mamdani’s book, Good Muslim, Bad Muslim). Neither is there any recognition that indigenous leaders might be able to develop the country independent of Western patronage or support.

Viewers are left with the image of Afghans as being a helpless people, whose fate is dependent on political actions in the United States. The message is that Americans should intervene more in foreign countries to alleviate their miseries – notwithstanding the reality that U.S. policy is usually based on underlying geo-hegemonic and economic agendas and frequently contributes to mass human-rights violations and suffering, as in Afghanistan and Iraq today. By sanitizing and distorting history, and presenting Western militarism as a force for good, films like Charlie Wilson’s War ultimately help to perpetuate the ideological mindset shaping continued foreign policy blunders and crimes of historic dimensions, which the American public has yet to fully come to terms with.

* Mr. Kuzmarov is Visiting Assistant Professor of History at Bucknell University. His first book, The Myth of the Addicted Army: Vietnam and the Modern War on Drugs, will be published by the University of Massachusetts Press, Amherst.