Climate Camp Photographers: A digital exhibition at the Broadway

A number of photographers documented aspects of the camp, and the surrounding police actions. A selection of this work, is currently being shown in the foyer [and o/s Screen 1] of the Broadway Cinema, Broad Street, Nottingham. 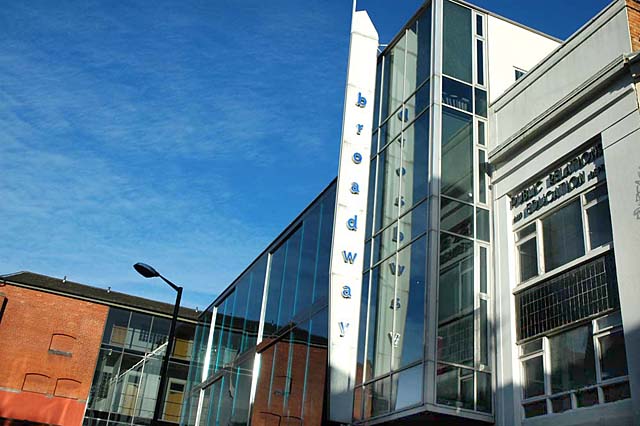 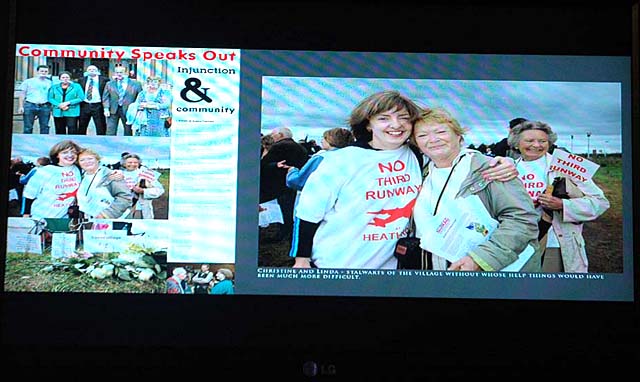 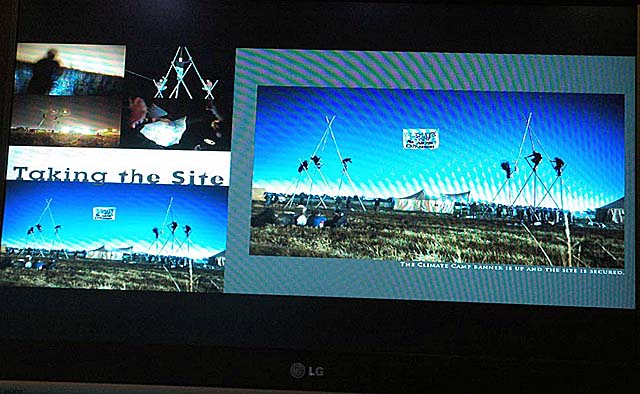 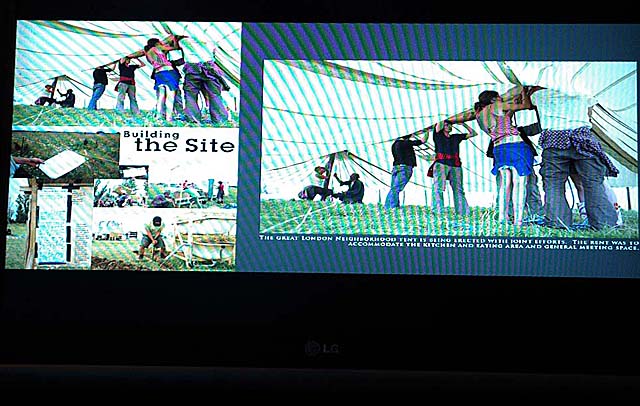 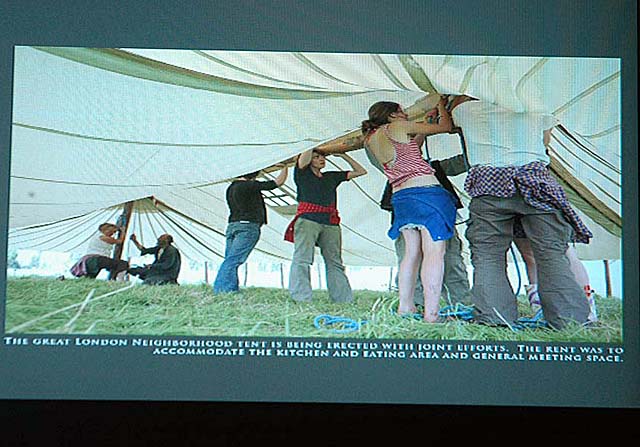 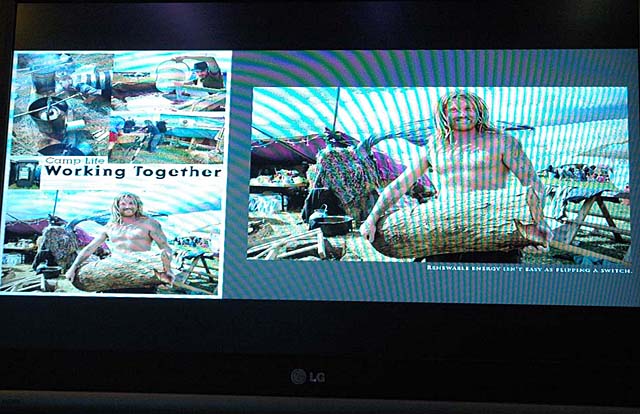 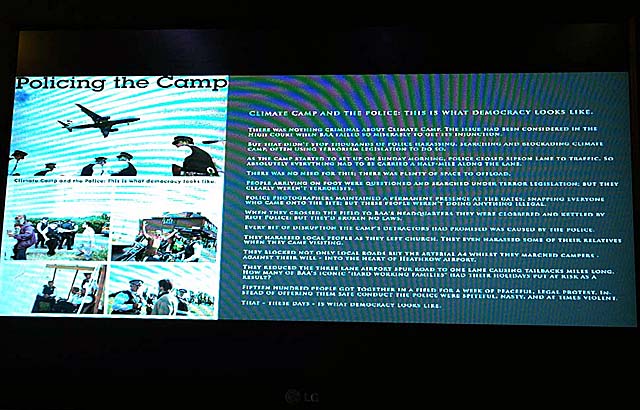 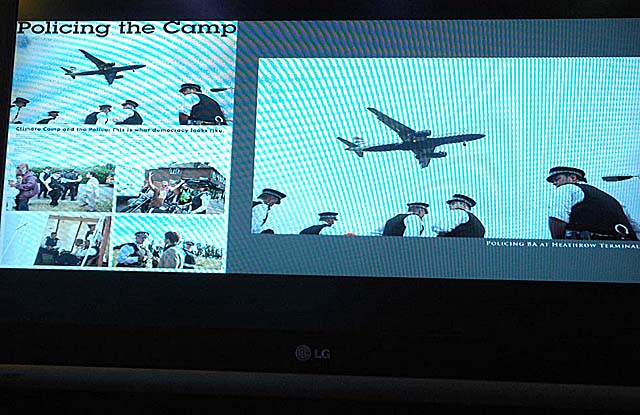 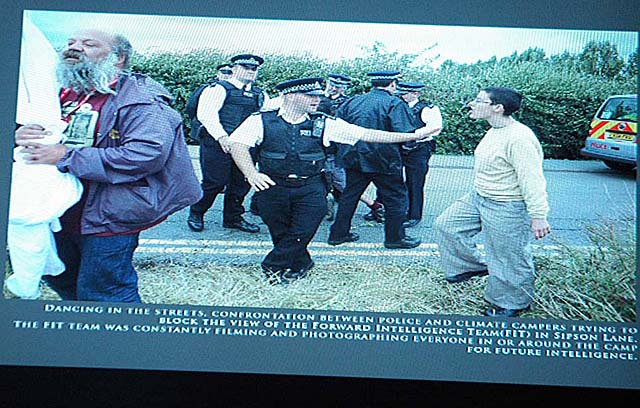 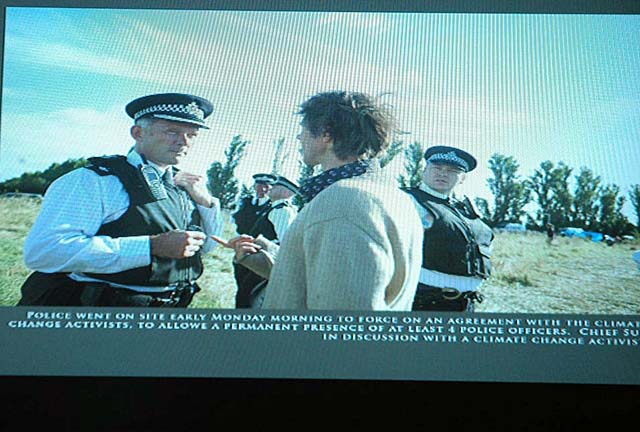 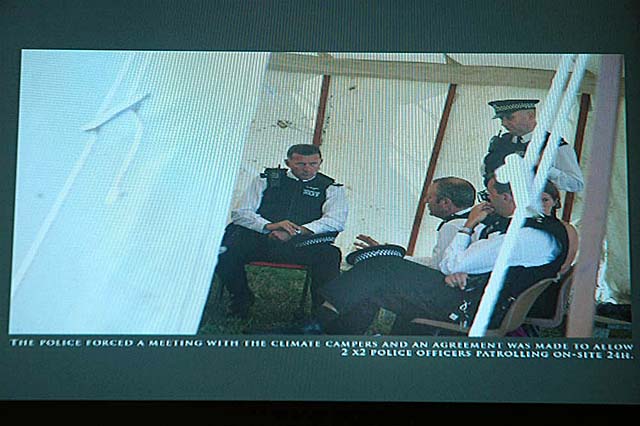 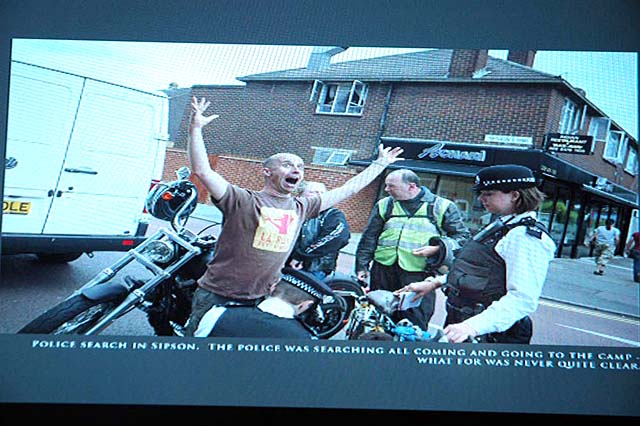 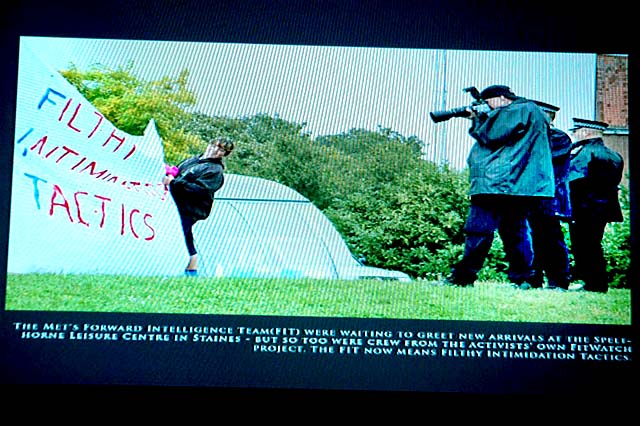 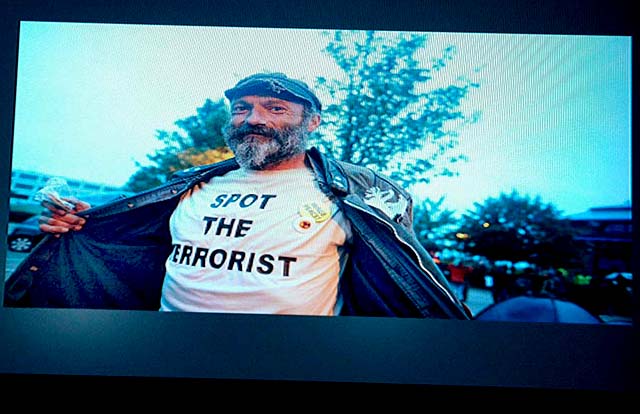 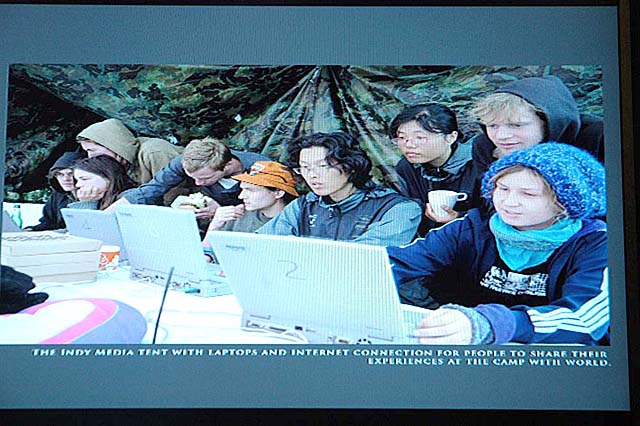 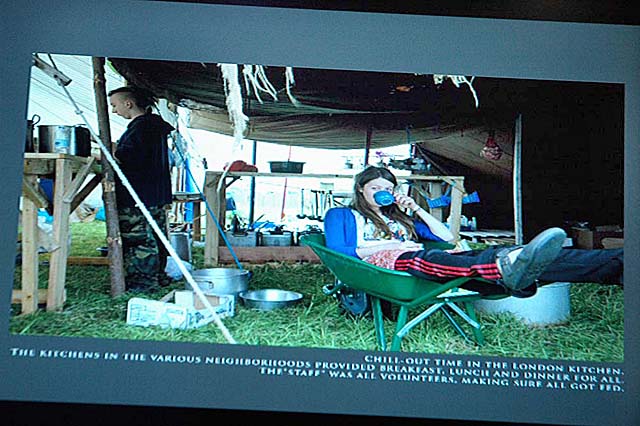 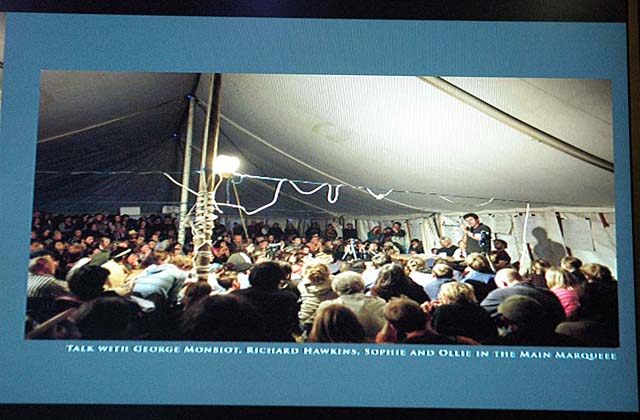 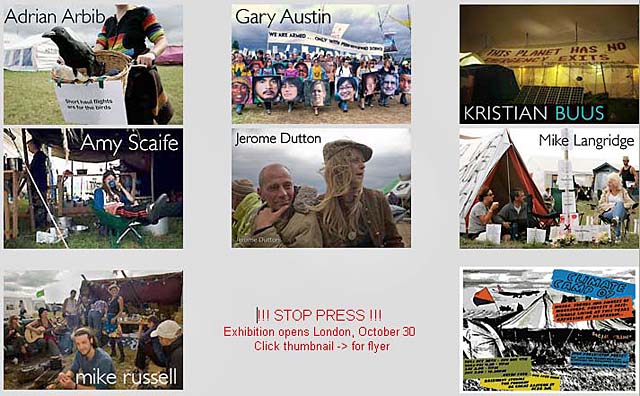 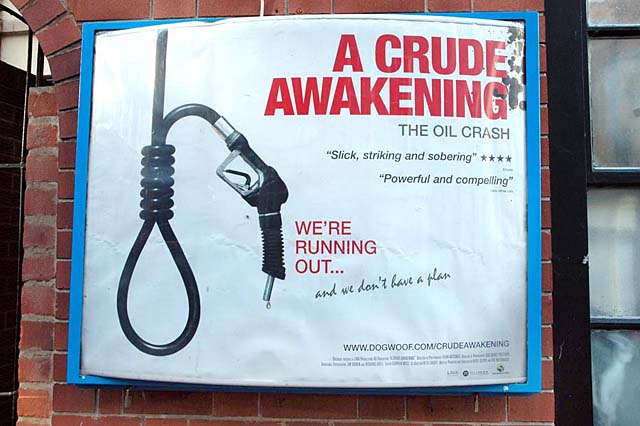 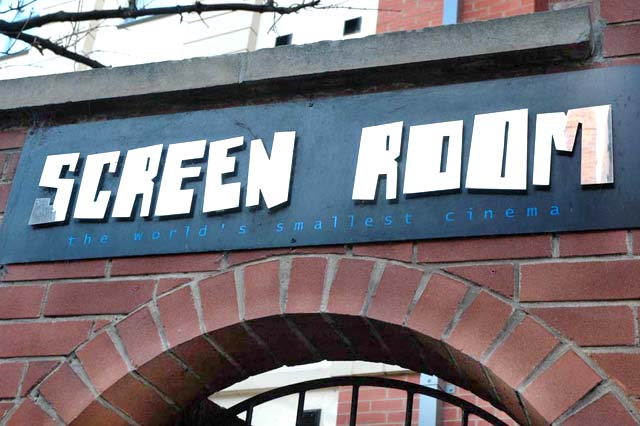 Climate Camp Photographers: A digital exhibition at the Broadway

A number of photographers documented aspects of the camp, and the surrounding police actions. A selection of this work, is currently being shown in the foyer [and o/s Screen 1] of the Broadway Cinema, Broad Street, Nottingham.

The exhibition is in digital form on high quality small screens , and will last throughout the month of January.


Camps for Climate Action are campaign gatherings (similar to peace camps) that have taken place to draw attention to, and to act as a base for direct action against major carbon emitters, and to develop ways to create a carbon-neutral society. Camps are run on broadly anarchist principles - free to attend, supported by donations and with input from everyone in the community for the day-to-day operation of the camp. In 2006 a camp took place near Drax power station and in 2007 near Heathrow Airport. Camps seek to set an example of what a sustainable society might be like. Decision making is by consensus and much of the material used to created structures for the camp is reclaimed waste from building sites which would otherwise have been sent landfill.

and, since we're on the subject, "A Crude Awakening" will also be showing in Nottingham.

A Crude Awakening - (PG)
2007 - 85 min USA
Oil is used to make countless products that we consume; it transports us; it heats our homes; it plants and harvests crops. But there is a finite amount, and it is diminishing rapidly. What will be the cost, financial and otherwise? The film takes testimony from sober geologists, academics, executives and analysts - and it is just terrifying