pro-Palestinian meeting to go ahead despite crypto-zionist intervention

Despite a last minute venue change, Gilad Atzmon will present his talk on "The Primacy of the Ear - The Road from Music to Ethics" at 9 Trafalgar Terrace, Brighton this evening at 7.30pm. 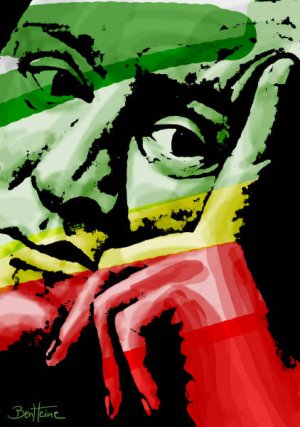 Even as Gaza faces the inevitable violence of an Israeli land invasion, and Nablus recovers from yet another 4 day incursion by zionist warmongers, Brighton's self important, authoritarian socialist and crypto-zionist Tony Greenstein has decided that the best place to put his efforts is in attempting to disrupt and probably shut down a meeting where Gilad Atzmon, the Israeli born Jazz musician is scheduled to talk this evening.

After Greenstein was found fly-posting the Brighthelm Centre where the meeting was due to be held, the meeting's organiser Francis Clark-Lowes decided to move the meeting to his own home, in order to spare the Brighthelm Centre any further embarrassment. Clark-Lowes who was chair of the UK Palestine Solidarity Campaign from 1998 - 2000, and chair of Brighton PSC from 2000 - 2005, has denied Greenstein's claims that the venue asked for the event to be cancelled, and has also stated that he believes that Atzmon has important things to say, and that he does not think Atzmon is a racist.

Greenstein has been campaigning against Atzmon for a number of years, and despite his claims that he is an "anti-zionist", it is clear that his concerns are exactly the same as those of zionists, and also that he routinely uses exactly the same tactics as zionists to attempt to silence those who do not share his blatantly ugly worldview. His main priority appears to be that Palestinians should put "anti-semitism" (which he himself describes as a marginal prejudice) at the heart of their struggle for liberation. There are many who do not accept his assertion that Atzmon's critiques of zionism and secular Jewish organisations are in any way racist.

In October 2007 Greenstein wrote to Indymedia UK demanding that all articles by Atzmon be REMOVED from the wire. Furthermore he asserted that Indymedia should abandon its non-hierarchical disorganisation in favour of a system of "one vote per person", as it was his perception that the majority were in favour of declaring Atzmon a racist. Previous attempts by Greenstein to have Atzmon banned from other forums including the SWP and the Pizza Express Jazz clubs have failed, and the fact that a prominent pro-Palestinian activist has organised a meeting in Greenstein's home town is somewhat of a snub to him.

The attempts by Greenstein to divide the pro-Palestinian movement are bearing some fruit as is evidenced by the latest comment on Palestine: Information with Provenance, where Paul de de Rooij sums up the Greenstein campaign succintly:

"While Tony Greenstein may have started out as a Jew opposed to Zionism and in solidarity with Palestinians, during the past few years he has been more concerned about conducting offensive vendettas against anti-zionists who don't share his views. In particular, Greenstein and his cohort have waged a vile campaign against Gilad Atzmon and Paul Eisen labelling them "Nazis", "anti-semites", and so on. These are smears usually uttered by hardline zionists or the hasbara propagandists, and it is disconcerting to find these abusive language and tactics (like picketing Gilad's concerts; writing defamatory letters to the directors of the concert venues, etc.) practiced by people who claim to support Palestinian rights. It is evident that recently Greenstein has acted as a divisive and disruptive individual by shifting the emphasis on Palestine solidarity onto his obsessive crusade against "anti-semitism". Greenstein is today closer to the infamous Engage crowd than to anything that purports to be solidarity with the Palestinians. Gilad Atzmon is an important intellectual and artist whose actions in solidarity with the Palestinians have done more in the past few years than the grand sum of Greenstein's actions ever achieved. Greenstein's tantrums are certainly harmful to focus the Palestine solidarity actions, and if a pipsqueak like Greenstein insists on carrying on his vendetta against Atzmon, then the best would be for him to do so openly and in a civil manner. If he doesn't pursue this course, then the best thing is to relegate Greenstein to the shadows where he more rightfully belongs."

More information on the debacle, including Atzmon's latest article can be found on

This meeting gives Brightonians an opportunity to make their own assessment of Atzmon, rather than relying on the misquotes and disinformation put out by Greenstein.

Audio from the talk