More actions reported from Mexico; doves and a turkey are liberated and a furrier is painted. In New Zealand, Auckland Animal Action carry out another raid, liberating 25 hens whilst an association of meat producers website is hacked by activists in Brazil. 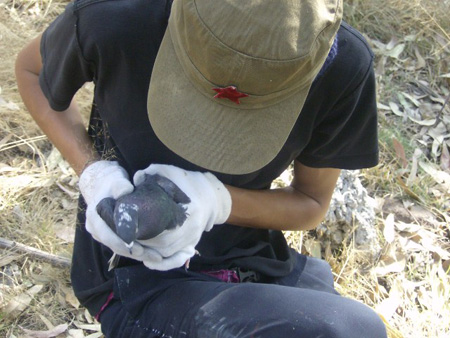 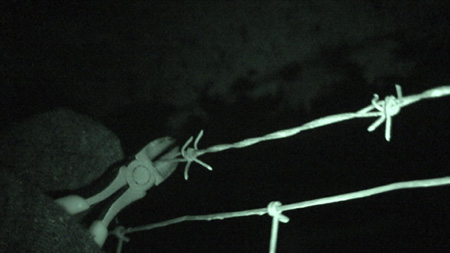 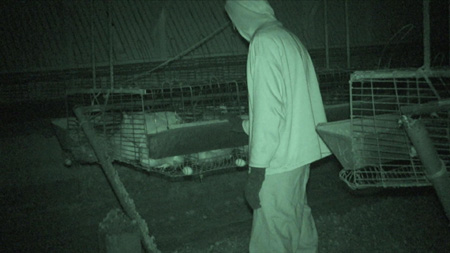 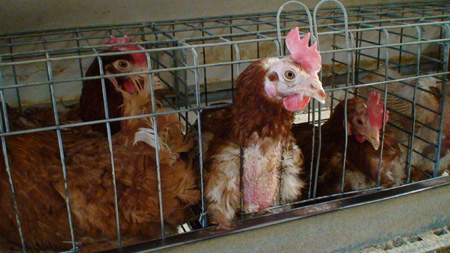 Picture from investigation in November 2007

"Liberation of 2 doves and a turkey + cage opened in Mexico

In the early morning of January 4, the Animal Liberation Front-Green Black Commando (FLA-CVN), infiltrated a farm located in Mexico State, rescuing and releasing 2 sister doves and 1 small brother turkey, who were detained and imprisoned in a cage. We wanted to release more animals but to be safe we had to leave the farm, but not without first opening the cage of another turkey.

On New Years Eve while many were partying Animal Rights Activists were seeing in the New Year by entering a battery hen farm in South Auckland. Thirty hens were rescued from this farm and the conditions documented.

This was the last in a series of raids that have formed an investigation into the egg production process. During this investigation activists also entered a farm during the daylight in South Auckland late in November and a pullet farm in Northland during early December.

During the December raid 25 pullets were liberated and have since been placed in loving homes. Pullet is the name given to young hens from the age of eight weeks until they start laying. On this particular farm the footage obtained shows small wire cages, similar to battery cages, containing about ten pullets.

Video footage and photographs obtained during this investigation shows that many of the birds were in a poor condition, having missing feathers and inflamed red skin from rubbing on the bars of the cages; all hens shown are de-beaked.

Auckland Animal Action spokesperson Kali Sandbrook says ‘With footage from several farms it is evident that filth, over crowding and cruelty are unfortunately standard for this industry’.

Ms Sandbrook went on to say ‘We hope that the public will use their power to stop this cruelty and resolve to go egg – free in 2008’.

- The True Cost of Eggs: a documentary made from footage of this investigation can be viewed at www.youtube.com/watch?v=6sd4ikC-tBI. This is available on DVD from Auckland Animal Action.

'For the past two months we have been documenting the cruelty inherent in egg production.

We act because the animals who are suffering right now do not have time to wait and hope for parliamentary change. The Government have proven time and time again that they value business over the lives of innocent beings.

We act out of love and compassion for our animal brothers and sisters.

We act for the freedom and liberation of all'.

reported by activists in Brazil:

"The website of Brazil's Instituto Pró-Carne (Pro-Meat Institute) has been hacked by the Animal Liberation Front.

Instituto Pró-Carne is an association of meat producers and traders devoted to promoting the consumption of meat in Brazil. Their slogans are, among others, 'Eat Meat. It's Tasty, It's Healthy, It's Natural'.

ALF has hacked the website and replaced their pictures with bloody pictures
of dying or dead animals, their slogan with 'Eat meat: you pay with your
health, we keep your money', and their texts with informative ones about the
health effects of eating meat, such as the impact on cancer...."

"Attack on fur business in Mexico

The Animal Liberation Front has attacked a fur business, the cruelest, most despicable business that could exist against our animal brothers and sisters, apart from experimentation. 'FUR = MURDER' and 'Animal Liberation Front' were some of the slogans painted on the building.
THERE IS NO EXCUSE NOT TO FIGHT!
TAKE WHAT YOU HAVE AT HAND AND THROW IT AT THE SPECIESTS!"