Unuthorised demo against SOCPA legislation, which criminalises freedom of expression and freedom of assembly. There seemed to be no police FIT photographers around this time. 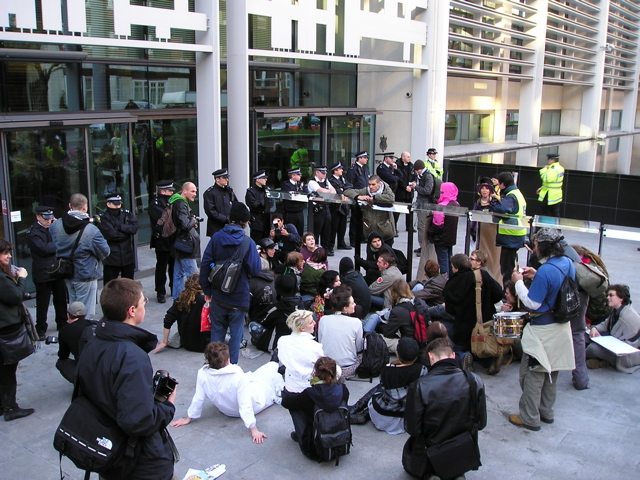 Resting at the Home Office 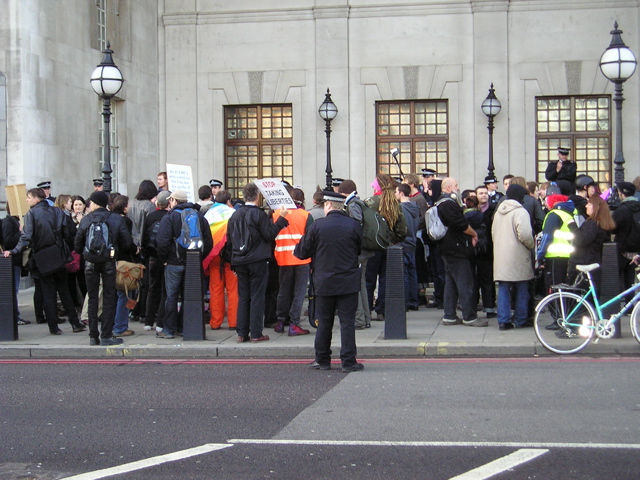 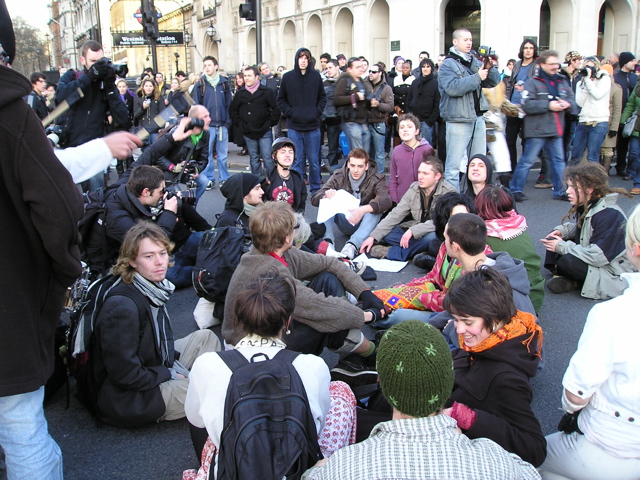 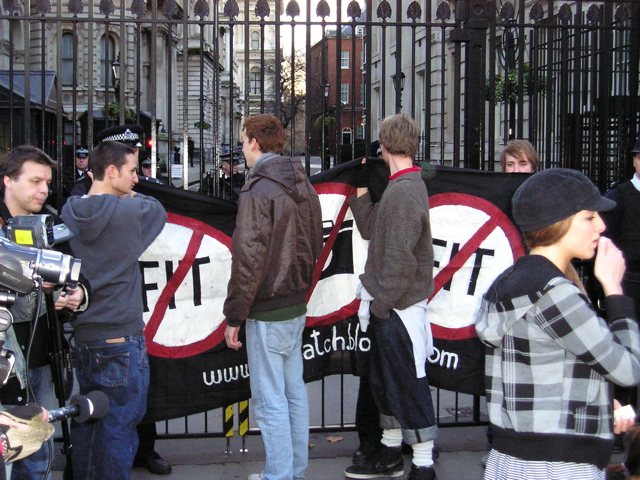 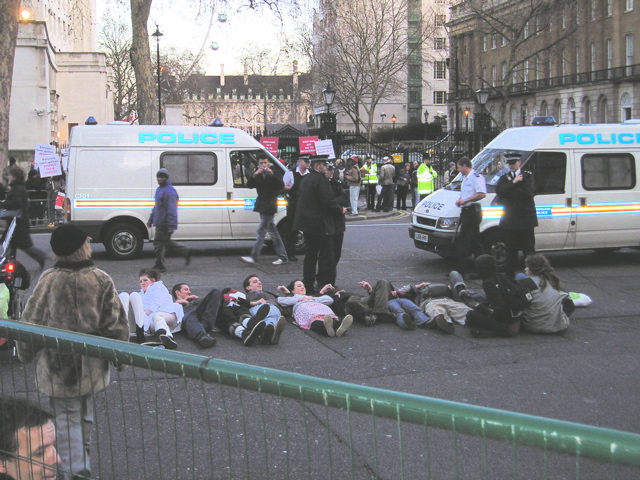 Having a rest outside Downing Street.

After meeting up in Trafalgar Square it was decided to go for a walk in 'Our streets'. The police were pretty laid back to begin with while several places of interest were visited such as the Home Office, New Sotland Yard, MI5, Parliament Square and Downing Street. They even allowed a sit down in the road for a short while in Parliament Square but then began forcing people back onto the pavement. The walk then proceeded to Downing Street where people sat down just outside the gates, and then lay down in the road. Steve J was arrested and Brian H was seen disappearing in the direction of Parliament Square, in the firm grip of two or more cops. The people lying down were dragged back into the crowd outside Downing Street. All in all not a bad day out. Video to follow.